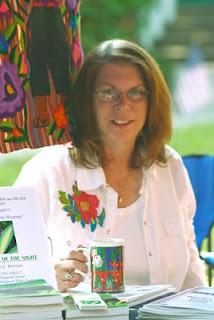 Welcome to The Writers' Lens!

We hope you’ll find this a friendly place to spend some time and chat about fiction. We write in many genres, but have a single focus—to share what inspires us, what we’ve learned as writers, and what we love as readers.


We find inspiration in many places, so don’t be surprised if the topics range from Celtic or Mayan history to quantum physics. We’ll share our discoveries about what works for us—or doesn’t work—in the changing business of writing and publishing. Oh, and did I mention giveaways?

Please join us Sept. 30 for the blog’s official start. As you get acquainted with the contributing writers, we’ll start our weekly posts.

If you are an author who’d like to promote your book, please drop us a line. We’d love to interview you!
Posted by T.W. Fendley at 9:28 AM 4 comments: