A New Writer’s Conference is Coming in 2017!

A New Writer’s Conference is Coming in 2017!

A conference for writers and convention for readers.

The first annual Gateway to Publishing Conference and Convention will feature a writer’s conference with multiple writing workshop tracks, pitch sessions with publishers and literary agents, critique sessions, master classes, and more. One cool feature, if a conference attendee is published, they can have their book sold at the book fair while they are at the workshops.

The Reader’s Convention and Book Fair will feature a weekend-long book store run by the Independent Bookstore Alliance. A Hall of Authors, with books from across the region. Books by the speakers and authors of the conference faculty as well as from SLWG members. Best of all the reader events will be free and open to the public.

St. Louis Writers Guild, founded in 1920, has a long tradition of holding writer’s conferences. In the 1940’s they held the regions preeminent writer’s conference, and recently, beyond aiding with such events like the Missouri Writers Guild conference, the Big Read Festival, and other large scale writing events, the organization has held Writers in the Park. Now in its seventh year, this free-to-attend festival of the writer, has been an overwhelming success. Now St. Louis Writers Guild is turning its sights to helping writers get informed about the publishing industry and maybe even find an agent or publisher.

St. Louis Writers Guild is a 501(c)3 nonprofit organization with the mission to further Missouri's literary heritage, connect, support, and promote writers and literary organizations in the community.

Save the date, and more information is coming soon!

Point of View: It’s more than First vs. Third 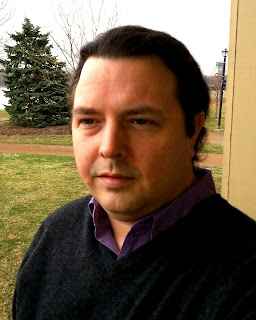 Every story has at least one “point of view,” but there is more to decide than First Person vs. Third Person. Join author Brad R. Cook July 9 to explore not only Limited, Omniscient, and Objective points of view, but what it all means when the words hit the page.

“Point of view is critical to a writer’s voice, the story’s structure, and what the reader learns,” Brad said.

Author of the young adult steampunk series, The Iron Chronicles (treehouse publishing group), Brad R. Cook will see the release of book three, Iron Lotus, in November 2016. A former co-publisher and acquisitions editor for Blank Slate Press, he is a member of SCBWI, and currently serves as Historian of St. Louis Writers Guild after three and half years as President. A founding contributor to The Writers’ Lens, a resource blog for writers, he can be heard weekly as a panelist on Write Pack Radio. He learned to fence at thirteen, and never set down his sword, but prefers to curl up with his cat and a centuries’ old classic. Find more @bradrcook on Twitter, Instagram, and tumblr. BradRCook.com 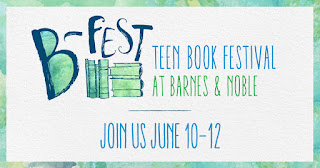 I’ll be signing copies of Iron Horsemen and Iron Zulu, my young adult steampunk adventures at the Chesterfield Barnes & Noble on Saturday, June 11, 2016 at 1pm. I’ll be appearing with two other young adult authors, Laura Nowlin and Mandy Ruzicka. I hope you can join us!

I wasn't with Finn on that August night. But I should've been. It was raining, of course. And he and Sylvie were arguing as he drove down the slick road. No one ever says what they were arguing about. Other people think it's not important. They do not know there is another story. The story that lurks between the facts. What they do not know―the cause of the argument―is crucial.

Laura Nowlin, author of This Song Is (Not) For You
Ramona fell for Sam the moment she met him. It was like she had known him forever. He's one of the few constants in her life, and their friendship is just too important to risk for a kiss. Though she really wants to kiss him...

Sam loves Ramona, but he would never expect her to feel the same way-she's too quirky and cool for someone like him. Still, they complement each other perfectly, both as best friends and as a band.

Then they meet Tom. Tom makes music too, and he's the band's missing piece. The three quickly become inseparable. Except Ramona's falling in love with Tom. But she hasn't fallen out of love with Sam either.  How can she be true to her feelings without breaking up the band?

"Educators and librarians looking for fast-moving, interesting plots, in-depth characters, and meaningful themes need to add this one to their shelves."-VOYA praise for If He Had Been with Me

Mandy Ruzicka, author of Fun Wheeled American Style
Fun Wheeled American Style is a story about my views on things that I think are fun and experiences that I have taken from my own life as a full-time wheelchair user. It is geared toward young adults, with and without disabilities, or individuals of any age who need a little extra push to enjoy life and experience new things. Life is what you make it, and sometimes it can be a little too serious or get too real for all of us. My story will help you find ways to make your own fun.

The Iron Chronicles
Iron Horsemen, Book One of the Iron Chronicles
Alexander Armitage doesn't fit in at Eton College. Not only is he an American, his father, a new teacher at the college, is obsessed with ancient languages and the dusty old books he makes Alexander spend his time studying instead of trying to make friends. When his father is kidnapped, Alexander gladly leaves school behind and finds himself partnered with a baron's daughter, her little bronze dragon, and an eclectic crew of Sky Raiders in a quest to find him. When their search leads them to Malta, they discover a secret society intent on unleashing the ancient Iron Horsemen and usurping the reins of power in London.
In a steam-powered Victorian world where pirates prowl the sky and secret societies determine the future like a game of chess, Alexander must confront the harsh legacy of the divided country he left behind, a new aristocratic world that rejects him, and the overwhelming pressure of being offered to become a Horseman himself.

Iron Zulu, Book Two of the Iron Chronicles
Alexander Armitage is back in the thrilling sequel to IRON HORSEMEN. It’s been almost a year since he saved London, and life has returned to the structured days at Eton College, a place he still doesn’t fit in. When a series of murders strike campus, they are blamed on the visiting Zulu delegation. But Alexander has doubts. In his search for the truth, he finds himself embroiled with the baron’s daughter’s dark past as they are captured and taken by armored Milli-train to the hidden city of the sky pirates. The chase is on, from the cobbled streets of London, to the great deserts and savannas of Africa.

In a steam-powered Victorian world where pirates prowl the sky and secret societies determine the future like a game of chess, Alexander learns the difference between what is savage and what is noble, while discovering the power within himself.

But we’re not the only authors appearing at B&N this weekend:

Kristy Blank Makansi, co-author of the Seeds Trilogy will be at the Chesterfield Barnes and Noble on Friday, June 10, 2016 at 7:30pm.

Join the Chesterfield Barnes & Noble at 7:00PM on Friday, June 10, 2016 for their Trivia Blast, created by Penguin Teen and Random House's First In Line, who will send one winner in every store advance reader copies* of the most anticipated new teen books. *Advance reader's copies will be preselected by the publisher.

George Sirois, author of Excelsior, Debbie Manber Kupfer, author of P.A.W.S., and Rebecca Jaycox, author of The Other Inheritance will be appearing at the West County Barnes & Noble at 12pm on Saturday, June 11, 2016.

Be at the Des Peres Barnes & Noble at 2:00PM to participate in a story development workshop created by Adaptive Studios and learn how to write a log line, create a spark page and reimagine popular characters.

Plus,
Kourtney Heintz, author of The Six Train to Wisconsin, will be appearing at the Waterbury Barnes & Noble in Connecticut from 12pm to 2pm.

So check your local Barnes & Noble and see what is going on for B-Fest. Feel free to post other B-Fest appearances in the comments section. To learn more about B-Fest visit B&N’s website - http://www.barnesandnoble.com/h/b-fest-teen-book-festival?sourceId=L000021086&st=EML 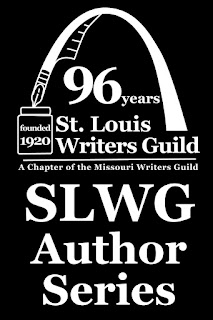 Many may not know that I host a monthly interview for St. Louis Writers Guild. The SLWG Author Series airs on the third Thursday of every month and features an interview with an author or clips from the SLWG monthly meeting Workshops for Writers. All the episodes are available on Youtube, or they can be found on the SLWG Facebook page, and the Member’s Room of the website. www.stlwritersguild.org

The SLWG Author Series has a new look and a new format. The interviews are on different topics, but we try to provide some insight for writers and hopefully provide some fun for the fans of the authors.

Check out this interview with Main Street Books co-owner and proprietress, Emily Hall. I interviewed her in April after her Workshops for Writers presentation which is featured in clips after the interview. Plus, see a few shots of Main Street Books, a great independent bookstore on historic Main Street in St. Charles. We discuss the relationship between authors and bookstores.


Here are some great clips from the March Workshops for Writers presentation with Ronald R. Van Stockum Jr. He had a great talk about hand selling your book, or what he coined Human Fly Fishing.


As a bonus check out this interview with award winning author Ann Leckie. We discussed her books and the unique POV she uses.


I hope you enjoyed the videos please feel free to check out the rest, there some great authors we’ve talked to over the last few years. Plus, check out the SLWG Author Series for June which will feature clips with author Eric Asher from his Workshops for Writers presentation on building your audience. See it any time after June 16, 2016.