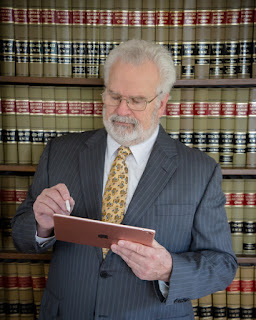 Scientist, sailor, trader. Playwright, poet, lawyer, dreamer. We are all familiar with the famous characters of Jules Verne and the places he took them in exploration. With Ronald R. Van Stockum Jr. as our guide, let us take a look at this innovative writer, the dreamer from Nantes.

Verne kept 20,000 note cards of data in his old-fashioned desk drawer. And Verne put them to good use after he met his French publisher, but only after that man ⎯ Pierre-Jules Hetzel ⎯ rudely rejected his first novel, according to Dr. Van Stockum.

Here is what Hetzel said of Verne’s work; "In this piece, there is not a single issue concerning the real future that is properly resolved. No critique that hasn't already been made and remade before. I am surprised at you ... lackluster and lifeless." Into a drawer that manuscript went, only to be rediscovered more than 100 years later. Paris In the Twentieth Century was finally published in 1994.

Hetzel demanded ⎯ yes, demanded in the way that only editors can ⎯ something to educate and illuminate. Five Weeks in a Balloon set the form just fine. Until Hetzel’s death forty years later, he held Verne to that formula. Then Verne was free again.

Ronald R. Van Stockum, Jr. is a lawyer, teacher, biologist, writer, guitarist, and recently an actor living on his family's old farm in Shelbyville, Kentucky. He has published numerous books, articles, and short stories in the areas of law, science, and creative writing. Eighteen of his titles are available on Amazon in hardback, softback, and Kindle formats. https://vanstockum.blog

To learn more about the St. Louis Writers Guild, go to www.stlwritersguild.org.