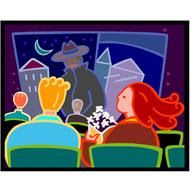 The sounds of popping electricity and the sizzle of a Jacob’s ladder greet you as you step into the darker corner of The Writer’s Lens. A quick scan of the dark corner shows you are not alone, but that a body lies on a metal gurney. Electrodes run from the body to machines. You wonder if you have fallen into a Hollywood remake of Frankenstein.

As you step closer to the body, the smell of formaldehyde grows with each step as goose bumps and chills run along your nerves.

“Oh, hello!” I said as I step from a shadow. “Please ignore the science experiment. I am just recreating a real experiment that may have given Mary Shelley the idea for her famous horror novel. Unfortunately, I can’t quite kill my naysayer, unlike the man who was ramrodded in a murder trial and execution so his corpse could be used for such an experiment. But alas, we must use the material we have. No?”

“However, you are not here to talk about Mary Shelley or the experiments of her day into electricity. You are here to talk about how Alfred Hitchcock created character empathy. So, pull up a seat. Let me pour you some coffee and let us begin. Don’t worry about my naysayer, he is bound to wait for us to finish exploring the spark of empathy.”

Please excuse the macabre humor. One of the hardest goals of a good writer is to create reader empathy with your character. Readers need to connect with our protagonist, antagonist, and supporting characters in order for the story to be considered to be truly well written or told.  There are three emotional states that Alfred Hitchcock used in his movies and he had the screenwriters work with on the script. The first one was empathy.

How do you create reader empathy for your character?  There is something called the Hitchcock paradox, which is the phenomenon where the audience’s emotional entanglement with a fictional character is stronger if the mental states of the audience member and the  fictional character are less similar than it would be if they were more similar. To the reader, as to me, this would seem counter intuitive. When I first learned of this paradox—and there is not much written on it—the first question that came to my mind was: “Wouldn’t I want to be putting my reader into the mental state of my character and thus create empathy?”

The more I thought of this question and the more interviews with the Master of Suspense I watched and read I began to understand that the paradox is correct.  Before I go into the how, let me use a scenario to explain it using a non-Hitchcock movie. (huge spoiler alert)

Have you ever seen the movie “What About Bob?” If not, I recommend it highly. In this movie, Bill Murray plays a very naive and warm hearted man (Bob Wiley) with practically every phobia that exists.  Meanwhile Richard Dreyfuss plays a psychiatrist with an (huge) ego problem (Dr. Leo Marvin). In this story Bob needs help—lots of mental help—to become a fully functional human being in society. If you sit back and think about his mental state, this character is pathetic and really shouldn’t deserve our empathy. (Sympathy, maybe.) He is his own worst enemy.

Dr. Marvin is determined to make a name for himself. Actually, in the film he is going to be interviewed nationally by a morning talk show. He is defining success and is finding himself being stalked by his patient—to the point the patient (Bob) has somehow invited himself to Dr. Marvin’s family vacation, sleeping in his house and being everywhere underfoot. In fact Richard’s character tries to have Bob committed and eventually attempts to blow Bob up.

Sitting back and looking at this content, this movie should be a serious dark story with a lot of sadness that these two men should be driven as they are. Guess what? This movie is a comedy that will evoke your empathy for these characters. How does that happen with such serious content?

Alfred Hitchcock answers this by telling us that content doesn’t matter. He didn’t care about content at all. What he was more interested in was in how to build his audience’s empathetic and emotional response. He focused on the material of the story and used it to the greatest extent that it could be used for.  Some examples:
* Rear Window—James Stewart’s character is a photographer. He then uses a camera’s flash to defend himself.  So you have to use who the character to the fullest.
* North by Northwest—Cary Grant is trapped in the auction room and can only get out by bidding—crazy bidding. But he is in an auction room, you have to use the auction room to its fullest..
It’s how you handle this material that creates the emotional and empathetic response. You begin doing this by asking yourself, what it is about the material that your reader would feel empathy for the character? Let’s go back to Rear Window (spoiler alert).

In Rear Window, LB Jefferies (James Stewart) is a wheelchair bound cameraman who is recovering from an injury that occurred when taking a very dangerous photograph of a racetrack accident while it occurred. He is involved with a woman who loves him, but he thinks would never fit his rugged, adventure going live style. He has been a peeping tom and discovered one of his neighbors is a murderer. The murderer discovers what has happened and has decided to kill Jefferies to tie up loose ends. What is the material we have here and how can it be used to build empathy for the character?
1. Jefferies is an adventurous type who is always on the go.
2. Jefferies is trapped in his apartment for almost two months with nothing to do.
3. Jefferies is a photographer. As such, he is used to “photographing the world around him” as an ultimate version of a voyeur.
4. Jefferies doesn’t see being a voyeur as an issue. In fact, his attitude about it makes him seem to be justified in providing commentary on the world around him.
5. Jefferies neighbors live out their lives in the courtyard and open apartment windows that surround his apartment. From his window he can see their lives played out like a drama.
6. Jefferies only contact with the outside world is his friend who is a detective (and doesn’t buy the murder story), his girlfriend who seems more the runway model type than the adventurous type, and a home health care provider who is determined to see Jefferies married off to his girlfriend.
7. When he is attacked by the murderer, he has no way to defend himself—except with his camera’s flash.

In all of this, can you see where the empathy is coming from? As a spectator of the movie, you are not in the same mental state as Jefferies. Jefferies is trapped. He is trapped physically by his injury and bored out of his mind. He is trapped in a relationship that he doesn’t see going anywhere. He is trapped by his lifestyle of world wide adventure which is better suited to have an on/off girlfriend (or a girl in every port) than to be “tied down” in a serious and potentially life long relationship. His only source of interaction with his world is his rear window that looks out onto his neighbors, who he has never met and knows nothing about except what he observes!

As an audience member, we know what it is like to be bored and trapped. Hitchcock and the screenwriters are feeding off the empathetic response to being bored and trapped, folding it into the suspense of the story like an omelet (which Hitchcock would not of eaten as he was disgusted by eggs) and out of this comes this story of suspense and danger where we empathize with the characters, even if the protagonist is being a peeping tom and needs to have his head examined thinking he shouldn’t settle down with Grace Kelly.
Hitchcock does this analysis of his material he is working with for each of the characters in the story. It is from this material his story is able to shine and be remembered by the audience. It is by squeezing the material for the last usable drop that makes Rear Window and many of his other movies classics.

Are you doing this with your stories and poems? If not, shouldn’t you be? I know I should be and need to work on this more with each draft of a story. As I write each of these blogs, I am learning as I hope you are as well.

Thank you for reading and please visit www.davidalanlucas.com and www.thewriterslens.com. You can also follow me on twitter @Owlkenpowriter and the Writer’s Lens @TheWritersLens. Fiction is the world where the philosopher is the most free in our society to explore the human condition as he chooses.
Posted by Unknown at 5:02 PM