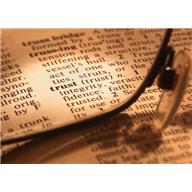 Good Evening. Welcome back to the darkest corner of the Writers’ Lens as we continue the discussion on looking at Alfred Hitchcock’s techniques and how we can employ them to our writing. Have you heard a woman say they went to a movie, a play, or read a book and had a good cry? You never hear someone say they had a bad cry. They wanted a good cry. Have you ever noticed that when people go to horror or suspense movies, plays, or read a book that there will be points where they will jump out of their seats, maybe scream, and then . . .soon it is followed by a laugh? The importance of these reactions is on the quality of the cry, the scream, the surprise and the laugh. It a good reaction comes from hard writing and good manipulation of the audience by the writer, director, and actors. So how do we get there?

Hitchcock hated working with method actors. They always questioned the directions that Hitchcock was giving saying that “I don’t think my character would do that.”

Hitchcock would reply, maybe not so politely, “Do what I tell you.”

The reason was not so much as Hitchcock wanted to be bossy (ok, yes he wanted to be bossy), but rather Hitchcock was manipulating character sympathy in the viewer. Character sympathy is the third emotional state of writing. (See Writing Hitchcockian—the Three Emotional States of Writing posted October 17, 2012) This is done in every good book you read, play you see, or movie you view. Often the author of the work had his or her own “method actor” to deal with as they wrote—some character which didn’t want to express what needed to be expressed. I think, but cannot prove, that this is why so many times we run across the writers telling us how the character feels.

The telling can be as simple as: Jane was mad as she stormed out of the room. Or it could be done in dialog:    “I’m so mad I could just spit,” Jane said.

Would either of those scenarios really elicit your sympathy for the character’s emotional state? It wouldn’t mine. Where is the body language that implies how mad they are?

A better question: Isn’t there someway to show how mad the character is instead of just telling the audience? The answer is yes.

There are a lot of books written on body language and how to use it to read what a person is feeling or thinking. There are books on the subject aimed at the acting world to help actors improve their craft. There is also, now at least, a great resource for doing this for writers that I recommend. You can find this electronically. It is The Emotion Thesaurus: a Writer’s Guide to Character Expression by Angela Ackerman and Becca Puglisi. This book came from posts on their blog The Bookshelf Muse (http://thebookshelfmuse.blogspot.com/) which has many great entries exploring emotions, settings, physical attributes, character traits and more.

Using the tool above, let’s relook at our mad character.

Without dialog:
Jane, turned on her heals, hiding her eyes that were moist from unreleased tears. Her face was flush as her fists called, digging her lacquered nails into the soft flesh of her palms. She walked toward the door, her back rigid, her chin high and her arms sweeping back and forth as if making her walk a military march.

With dialog:
“I could just spit,” Jane said. Her legs were planted to the ground, as she flexed her fingers and turned her flinty gaze at the door.

These are simple examples, but at no point do I say that she is angry. But, you can see it. The description should show the reader the level of emotion as well as the emotion and tell something about the character. We know she is not confrontational—or the situation will not let her be. We know in the first example that she refuses to let anyone see that she is on the verge of tears. We also can picture something about her hands, which tells the reader more about her.

In the dialog example we can see her emotion from her eyes and that she is flexing her fingers. We can also see that her anger is making her defiant because she is standing planted to the ground.
By using emotional description rather than just giving the emotion, the author can give the audience more depth to the character and create character sympathy for the character—even if that character is the antagonist.

Thank you for reading and please visit www.davidalanlucas.com andwww.thewriterslens.com. You can also follow me on twitter @Owlkenpowriter and the Writer’s Lens @TheWritersLens. Fiction is the world where the philosopher is the most free in our society to explore the human condition as he chooses.
Posted by Unknown at 6:00 AM