Welcome to Daniel Hayes, an acclaimed Young Adult writer I had the great pleasure to meet this summer at Dr. Joe Gallenberger's Inner Vegas Adventure conference. Although other interests brought us together, it was a bonus to discover that five of those attending the conference are pursuing writing careers. I hope to introduce them all to you here. :) 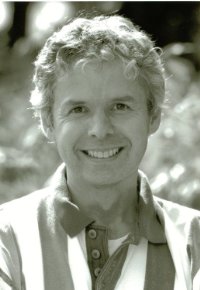 Daniel Hayes lives in the town of Easton in Upstate New York, at the southern end of scenic Washington County. He attended school in Greenwich, New York, which became the fictional village of Wakefield in his novels. He currently teaches 11th grade English at Troy High School and creative writing for Hudson Valley Community College.

His goal, in addition to writing more books (his fifth, My Kind of Crazy, is on the way), is to someday see film versions of his novels. Having fielded a number of queries from various producers over the years, he hopes, eventually, to be able to put Tyler and Lymie and the rest of his cast of characters up on the big screen. Should this happen, due to his considerable acting skills, he feels he should, at the very least, be considered for the role of the dead body in The Trouble with Lemons. He's already working on his ability to float face down.

The Writers’ Lens is about "Bringing fiction into focus." What brings your writing into focus-- the characters, the stories, the love of words? I’m not sure exactly what brings my writing into focus, but I do know that when I’m the happiest and most enthusiastic about life in general, this is when I do my best writing. It just flows and it’s easy when I’m feeling good. I’m not one of those writers who gets inspiration from suffering. 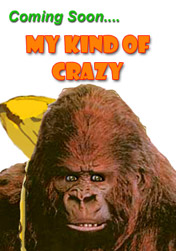 Would you share a bit about your next project? My next book is a road-trip story about two kids traveling up to Lake Placid. It’s called My Kind of Crazy. I remember watching those old Bob Hope/ Bing Crosby road trip movies years ago, so they probably played into the writing. Like those movies, it’s a little over the top, and I had fun with that. If I play my cards right, it will be funny and adventurous with a side order of spirituality thrown in. Plus, who doesn’t love a good road trip?
How much fact is in your fiction? A fair amount. I start with real places, and often with real people who then take on lives of their own as they morph into their fictional versions. For instance, in The Trouble with Lemons I started with the setting of a rock quarry we used to visit as kids. I also used a fictional version of the village where I grew up.

Describe the best writer you know and something wonderful he or she has written. I think one of the best dialogue writers is Richard Russo. Any of his books are good, but his first, The Risk Pool, is particularly good. Even great writers often have trouble making dialogue sound real, but Richard Russo is a real pro.

What tune/music could be the theme song for your book? My book, Flyers, always seemed to have Superman’s Song, by Crash Test Dummies playing in my head as I was writing it as one of the motifs plays around with the difference between Superman and Tarzan. I still love that song and if a film deal ever comes through for it (we’ve had some interest), I’ll be pushing to get that song into the soundtrack.

Daniel Hayes's acclaimed trio of books about best friends, Tyler and Lymie, has established a tremendous following and earned the author two ALA Best Books for Young Adults commendations.


His fourth book, FLYERS, which introduced a new cast of characters, was a nominee for a 1997 Edgar award by the Mystery Writers of America and was named a 1998 Best Book for Young Adults by the American Library Association.

Find his books on Amazon and check out his website at www.danielhayes.com.

Email ThisBlogThis!Share to TwitterShare to FacebookShare to Pinterest
Labels: Daniel Hayes, Eye of the Beholder, Flyers, My Kind of Crazy, No Effect, The Trouble with Lemons