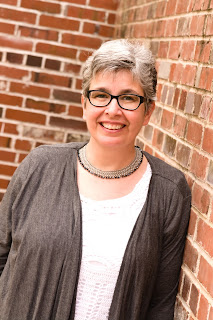 Ann Leckie will tell of her “Journey to the Top” as the winner of many prestigious awards for her debut novel, Ancillary Justice, at a workshop from 10 a.m. to noon, July 11, in the Oak Room at The Lodge Des Peres, 1050 Des Peres Rd., St. Louis, MO. 63131. Free for St. Louis Writers Guild members; $5 for nonmembers.
She will offer tips on writing speculative fiction in the 21st Century and discuss historical influences on her work. Ann’s novel won the science fiction and fantasy “Triple Crown”--the Hugo, Nebula, and Arthur C. Clarke awards. The sequel, Ancillary Sword, was named Best Novel by the British Science Fiction Association, and nominated for the Nebula and Hugo.

She has also published short stories in Subterranean Magazine, Strange Horizons, and Realms of Fantasy. Her story “Hesperia and Glory” was reprinted in Science Fiction: The Best of the Year, 2007 Edition edited by Rich Horton.

Ann has worked as a waitress, a receptionist, a rodman on a land-surveying crew, and a recording engineer. She lives in St. Louis, Missouri.