My epic fantasy contracts call for no less than 175,000 words. The contracts for my urban fantasy novels and the steampunk novels I write with my husband, Larry N. Martin, call for around 120,000 words.
No problem. But 8,000 words? Panic!
That’s how I felt the first time I looked at the word count on a short story contract. But that’s just a long chapter! My mind screamed. And then I took a deep breath and thought about it again. Yeah. It’s a chapter. Maybe two. Not so scary. I do that all the time.
Except that in the case of a short story, that “chapter” has to have its own arc, and a beginning, middle and end. It’s not building toward a greater whole; it is the whole. That took some getting used to.
I’m going to divide short stories into two large categories. One is the completely stand-alone short story, the kind that creates a whole world unto itself and relatable characters in under twenty pages, then vanishes like a soap bubble. And then there are the short stories that are more like episodic TV, where each story has its own arc, but it exists as part of a larger ongoing universe and may be part of a larger arc (season) of related stories.
I have friends who write the first kind of short story. They get published in Asimov’s and Analog and I marvel at what they can do in such a brief piece of work.
I write the other kind of short story, the TV episode kind of story that may or may not have its own “season” of related stories with a larger arc, and which tie back to not only other stories I’ve written, but to book series. My short stories and novellas are what TV producers would call ‘spin-offs’. They are additional adventures by some of the characters from the books, that occur before, between and around the books in the series. Sometimes, the characters in the short stories are the main characters from the related books, and sometimes they are side characters.
So in my Jonmarc Vahanian Adventures, the title character is a significant secondary character in my Chronicles of the Necromancer and Fallen Kings book series. He’s not the main character in those series, but he is very important, and a reader favorite. Readers wanted to know his back story, which was not part of the story for the books. So I’ve written the equivalent of three serialized novels comprised of related, sequential short stories or novellas. I self-published those short stories on Kindle/Kobo/Nook, bringing out a new story each month in 10-story ‘seasons’. In June of 2016, Solaris Books, the publisher for my Chronicles of the Necromancer series, will bring out the first print and ebook compilation of the initial ten Jonmarc Vahanian stories plus an eleventh, exclusive story only in the compilation.
I had a couple of goals with the Jonmarc stories. First, I wanted to retain readers who loved the Chronicles series until I get the chance to come back and write the next six books in that series, and I wanted to reward loyal readers who genuinely cared about the character and wished to know more. Second, I wanted to capture new readers who might not have read the Chronicles series before reading the Jonmarc stories, but who might fall in love with the world and go looking for the books. And third, self-publishing the stories creates a nice additional revenue stream. Getting asked by Solaris to do the compilation was icing on the cake.
I also write a series of Deadly Curiosities short stories, linked to my urban fantasy series. In

that case, Solaris asked me to do a short story for an anthology and they liked that story so much, they requested a series based on it. I had written a few other stories in that world for other anthologies, but they were set in different time periods, following one of the immortal characters and the ancestors of the book’s main character. Now there are dozens of Deadly Curiosities short stories that occur before and around the two books (Vendetta, book two, comes out in December 2016). They not only spawned the book series, but they accomplish all three of the goals that I had for the Jonmarc stories.

I’ve got a series of novellas (and one short story) coming out in my Ascendant Kingdoms series that serves a little different purpose. The fourth and final book in that series—Shadow and Flame—comes out in 2016. The six novellas and the short story come out in the time gap between the release of book three and book four, and my goal there is to ramp up excitement for the series conclusion. But there’s also a six-year gap in the beginning of Ice Forged, the first book in the series, between when a crucial event happens and when the action picks up again. What occurred in that gap wasn’t part of the story arc for the book series, but it makes for a good related but stand-alone set of novellas, while also providing some interesting back story for established readers, hopefully capturing new readers, and contributing revenue (see a pattern?).
The fourth series of short stories is based on the Iron & Blood steampunk series I co-write

with Larry. These are spin-off stories following the exploits of two secondary characters who are agents with the Department of Supernatural Investigation. We started writing the stories because we were asked to be part of several steampunk anthologies, and it just made more sense to us to write something tied in to the novel. Of course the ‘about the authors’ blurbs in the anthologies tie the story to the novels, hopefully sending readers who want more looking for the book. And when we promote the anthology to our established readers, we tell them that there is an Iron & Blood story in it, hopefully sending our readers to the anthology as well. When those rights revert, we can bring the short story out independently. It’s a win for everyone.

When you think about contributing a short story to an anthology or writing it on its own, look for ways to use the story strategically so that it works harder for you by helping to promote your other work, draw in new readers, or reward your established readers. They can flesh out your fictional worlds for readers and help you with world building, while creating extra writing revenue and being just plain fun. And that’s the most important part—the fun!
My Days of the Dead blog tour runs through October 31 with never-before-seen cover art, 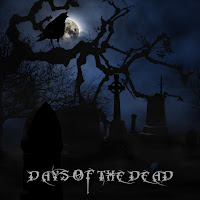 brand new excerpts from upcoming books and recent short stories, interviews, guest blog posts, giveaways and more! Plus, I’ll be including extra excerpt links for my stories and for books by author friends of mine. You’ve got to visit the participating sites to get the goodies, just like Trick or Treat! Details here: www.AscendantKingdoms.com

Book swag is the new Trick-or-Treat! Grab your envelope of book swag awesomeness from me & 10 authors http://on.fb.me/1h4rIIe before 11/1! 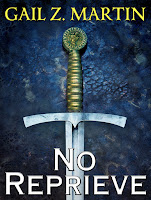 Trick Or Treat excerpt A Legacy Of Stars http://bit.ly/1Xl3jhS

Gail Z. Martin is the author of the upcoming novel Vendetta: A Deadly Curiosities Novel in her urban fantasy series set in Charleston, SC (Dec. 2015, Solaris Books) as well as the epic fantasy novel Shadow and Flame (March, 2016 Orbit Books) which is the fourth and final book in the Ascendant Kingdoms Saga. Shadowed Path, an anthology of Jonmarc Vahanian short stories set in the world of The Summoner, debuts from Solaris books in June, 2016.
Other books include The Jake Desmet Adventures a new Steampunk series (Solaris Books) co-authored with Larry N. Martin as well as Ice Forged, Reign of Ash and War of Shadows in The Ascendant Kingdoms Saga, The Chronicles of The Necromancer series (The Summoner, The Blood King, Dark Haven, Dark Lady’s Chosen) from Solaris Books and The Fallen Kings Cycle (The Sworn, The Dread) from Orbit Books and the urban fantasy novel Deadly Curiosities from Solaris Books.
Gail writes four series of ebook short stories: The Jonmarc Vahanian Adventures, The Deadly Curiosities Adventures, The King’s Convicts series, and together with Larry N. Martin, The Storm and Fury Adventures. Her work has appeared in over 20 US/UK anthologies. Newest anthologies include: The Big Bad 2, Athena’s Daughters, Realms of Imagination, Heroes, With Great Power, and (co-authored with Larry N. Martin) Space, Contact Light, The Weird Wild West, The Side of Good/The Side of Evil, Alien Artifacts, Clockwork Universe: Steampunk vs. Aliens.