Bestselling author tells of life on the road at Dec. 5 workshop 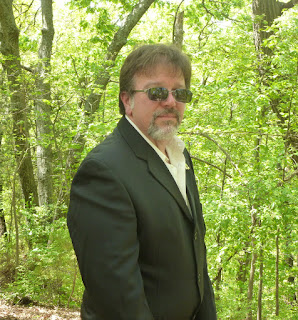 Don’t miss “Road Hazards: The Life of a Touring Writer,” presented by bestselling author M.R. Sellars at the St. Louis Writers Guild’s Dec. 5 workshop, held 10 a.m. to noon at Kirkwood Community Center, 111 S. Geyer Road, Kirkwood, Mo. Free to members; $5 for nonmembers.
-
Sellars’ stories will range from being left behind during a hurricane to being inundated at a bookstore by fans cosplaying the antagonist from one of his novels, and everything in between.

A member of the ITW (International Thriller Writers), M.R. Sellars is a relatively unassuming homebody who, in his own words, “tells pretty lies for a living.” Although his penchant for creating fiction began at an early age, it wasn’t until 2000 that his first full-length novel, HARM NONE: A ROWAN GANT INVESTIGATION, hit bookstore shelves, officially launching the acclaimed paranormal thriller series and its associated spinoff.

All the novels in Sellars’ continuing Rowan Gant Investigations saga have spent several consecutive weeks on numerous bookstore bestseller lists, as well as a consistent showing on the Amazon.com Horror/Occult top 100. In 2010 a short e-novella featuring a supporting character from the RGI cast spawned a new series, The Special Agent Constance Mandalay Novels, the first full-length book being IN THE BLEAK MIDWINTER, which hit the streets November 2011. The second, INTO THE LAKE OF FIRE, is slated for release in 2015.

Sellars currently resides in the Midwest with his wife, daughter, and a houseful of rescued animals – a population that currently stands at one canine (Vicki the Wonder Dog) and three felines (Asphalt, Nachos el Tigre, and Mac the Klaw). He often describes the fluctuating menagerie as “the competition.” At home, when not writing or taking care of the household, he indulges his passions for cooking and home brewing.

M.R. Sellars can be located on the web wherever there is a virtual bar serving virtual single malt Scotch, single barrel bourbon, good Irish whisky, and decent beer. In other words, look for him on the major social networking sites. http://www.mrsellars.com

Learn more about the St. Louis Writers Guild at www.stlwritersguild.org.
Posted by T.W. Fendley at 2:10 AM