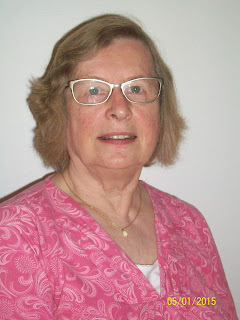 Raised in a household full of books, it was only natural that Ellen Parker grew up with a book in her hand. She turned to writing as a second career and enjoys spinning the type of story which appeals to more than one generation. She encourages readers to share her work with mother or daughter – or both. When not guiding characters to their “happily ever after,” she’s likely reading, tending her postage stamp-size garden, or walking in the neighborhood. She currently lives in St. Louis. You can find her on the web at: www.ellenparkerwrites.wordpress.com or on Facebook at: www.facebook.com/ellenparkerwrites.

What brings your writing into focus-- the characters, the stories, the love of words?
The focus of each of my stories is the characters. Since I write very traditional romance, this means I’m dealing with both a hero and heroine. I begin a new story with a few notes and as I write the first draft, these characters reveal new traits, slivers of backstory, and goals for the future. Setting also exerts a large influence as it brings along an entire cultural norm as well as methods of transportation and communication.

What do you think readers will like about your book? My goal is to have the reader able to associate with one or more of the characters. This may be seeing themselves or another reflected in a major or minor role. Or perhaps either the hero or heroine has traits which they dreamed of at some point in their life. And I want them to sigh in contentment as they close the book on a happy ending.

What's the highest compliment someone could make about your writing? “I couldn’t put it down.” My goal is to have the reader immersed in the world on the page to the extent they ignore the real world for several hours and keep turning pages. The occasional chuckle, gasp, or sigh is a welcome bonus.

If you could meet one of your characters, who would it be and where would you meet? Of the characters in Stare Down, I’d like to meet Dianne Morgan, the heroine’s mother, for coffee and conversation. She’s kind, intelligent, and a survivor. After all, she’s managed to keep a sense of humor while raising four boys and a girl before being widowed at a relatively early age.

Is there a different genre or type of book you’d love to try to write? One of these days I’d like to write a historical romance. One branch of my family entered the United States in New Orleans and traveled up the Mississippi River in the days of steamboats. They ended up settling in Wisconsin and I think that entire adventure would make a good story. It will take time to research and do it right. 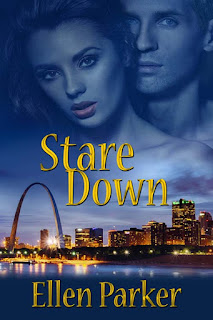 STARE DOWN: Grasping the future with both hands requires letting go of the past.

Tucking a weapon into a holster is part of getting dressed for Detective Maylee Morgan of the St. Louis Police. Her new assignment is the case of an unidentified body, and she soon discovers her new neighbor is more than a potential jogging partner.

Surgeon Dave Holmes is optimistic about his future. He has a new job, a new apartment, and an immediate attraction to a woman running in the park. He intends to discover more than her beautiful legs and unusual name. Then his boss is murdered and Dave lacks an alibi. Maylee’s questions and the handgun on her hip revive horrible memories.


Maylee’s search for hard evidence clears Dave, but brings her to the personal attention of the killer. In a tangle of career, family, and budding relationship all their lives could unravel if the wrong thread is tugged.