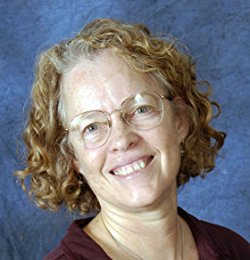 Welcome to Jeanne Felfe, an award-winning author who started writing as a teen, but never seriously until about 2012. Her short stories have been published in numerous anthologies. Jeanne is a Texan by birth, but has resided in the St. Louis area since 1986, currently in St. Charles, MO, with her fiancé and two dogs who believe they are tiny humans. She likes to say, “If you ever meet someone named Felfe, we ARE related.”

Jeanne serves on the board of Saturday Writers, a chapter of The Missouri Writer’s Guild, as Secretary and Membership Chair, liaison to MO Writer’s Guild, and manages the Information Table.

To learn more about Jeanne, her novel, The Art of Healing, or her other works, please visit http://www.jeannefelfe.com or her FB page https://www.facebook.com/author.JeanneFelfe/ or https://www.amazon.com/Jeanne-Felfe/e/B00RM6UY5G/


What brings your writing into focus-- the characters, the stories, the love of words? Definitely the characters. They come first, arriving in the creative sphere of my brain often in ways I can’t even define. I generally start writing dialogue and then fill in the setting and narrative. However, my current work-in-progress began with the briefest flash of a scene, followed by a why/what happened question. Then the voice of a 14-year-old Somali refugee began telling me her story. So in this case, it was the story which pulled everything into focus.

I don’t begin with an outline… I simply start writing. And I don’t write scenes in order; I write them as they come to me. It’s a big jumbled mess. Once I have what I think is the shell of most of the novel, I will sit down and read it, making what I call a down-and-dirty outline. I do this so I can more fully envision where the scenes go and what might be missing.

I also write slowly. I would like to write at least one novel per year, but we’ll see how that pans out. I also write a lot of short stories. In 2016 my goal was to enter every single contest Saturday Writers hosted – eight contests, including the President’s Contest. I did and won seven with either a 1st, 2nd, or 3rd place. I also entered the Missouri Writers Guild Fall Fiction Contest and won 1st place for a flash fiction piece I wrote that was comically based on a true story.

How much fact is in your fiction? Quite a lot. The Art of Healing visits many iconic locations around St. Louis, St. Charles, and the Great River Road, as well as Estes Park and The Rocky Mountains in Colorado. Almost all of the venues are real places I’ve either visited or researched. My current WIP utilizes a made-up, small town in South Carolina. I choose to do that, in this case, because of the subject matter and all of the “isms” raised – racism for one. Even the Urban Fantasy I wrote as a long short-story takes place in the real world. That story will eventually become a novel or perhaps even a trilogy.

What inspired your latest book? The Art of Healing began as a short story several years ago from a prompt in a Writer’s Digest contest. The prompt was something along the lines of “you come home and find something not as it should be.” In 2013, I was struggling with writing. I’d retired the previous December to write full time, but I wasn’t. On June 30, a fellow writer friend, Debbie Manber Kupfer, asked if I was doing NaNoWriMo. I’d never heard of it, but she encouraged me to start the camp the following day. I did and wrote 21K words—way more than I’d ever written. Given I only had two weeks since half the month was already committed, I saw that as a success. Much of the dialogue came while tending my gardens. I’d dig while the characters chatted, then I’d go sit by the pool and write scenes, long-hand. When I came into the house later, I’d type in what I’d written.

What's the highest compliment someone could make about your writing? That it made them feel. I’ve had more than one man tell me that The Art of Healing brought tears to their eyes. To me, it’s a high compliment for 1) a man to cry over something I wrote, and 2) to admit it. I strive to read deep into the emotion of a story. Knowing I’ve hit the mark is an awesome feeling.

Would you share a bit about your next project?
The Things We Don’t Speak Of is the story of a 14-year-old Somali Muslim refugee who finds herself living in the deep south—in a (fictional) small, mostly white, mostly Southern Baptist town. One choice, one decision, changes not only her life, but the lives of her family and everyone living in Savannah Falls, South Carolina. A cascade of events that stem from that one decision threatens to destroy the fabric of the community, and causes the townspeople to question everything they thought they believed and understood to be true. The struggle for truth, for justice, and for compassion, guide the town to a new way of being. 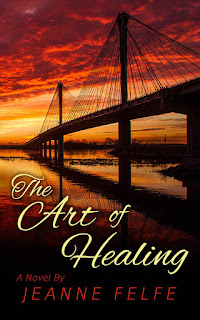 When everything falls apart, Julianne must embark on a journey of the heart and soul …

THE ART OF HEALING: Julianne Garvoli is content with her life as a pediatric nurse. She is following her every dream, or so she believes. After her idyllic world is shattered, she must reconcile her lost past to rediscover her deepest passion.

Jokob O'Callaghan, a world-renowned photographer, lives a life most could only imagine—until cancer delivers a direct and devastating slam. He walls himself off, focusing solely on his art.

When one of Jokob’s photos brings them together, even love may not be enough to keep them that way. Tragic circumstances and long silent dreams work to sever their bond. Can they each find a way to heal, love, and follow dreams together?

The Art of Healing is a novel about healing from lost loves, and awakening forgotten dreams. Although a love story is the central theme, it doesn’t fit neatly into the romance genre, and doesn’t follow the conventions of such. The story takes place mostly in the St. Louis and surrounding areas and includes many iconic locations. Several chapters utilize beautiful Estes Park, Colorado, as their backdrop.