Workshop Oct. 24: Everything You Know About Screenwriting is Wrong 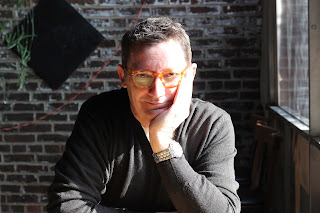 In this informative and brutally honest two-plus hours, Paul Guyot, who has worked in Hollywood for 30 years -- the last 20 as a full-time screenwriter -- shares the reasons why nearly every book on screenwriting is wrong.

Join Guyot from 10 a.m. to noon, Oct. 24, at this free online workshop, and stay on afterward to celebrate the St. Louis Writers Guild 100th Anniversary. We're limited to 100 participants, so sign up now on Eventbrite to reserve your spot. The Zoom link will also be posted in the Members Room on www.stlwritersguild.org.

Guyot’s self-proclaimed cause in the screenwriting world is to put all the gurus and charlatans who charge money for “how-to” secrets out of business.

“Nine out of ten aspiring screenwriters I meet have completely wrong concepts about the job, the craft, and the business. I do what I can to tell THE TRUTH of what it takes to be a working screenwriter. Sometimes it’s not fun to hear, but as my grandmother used to say, ‘I’d rather be slapped with the truth than kissed with a lie.’”

“I’ll discuss how to avoid the myriad of conmen out there proclaiming to sell the secrets of screenwriting; the difference between simply selling a screenplay and actually creating a career as a screenwriter; the truth about screenwriting contests; and why less is always, always more.”

Guyot spent ten years working in Hollywood before his first paid writing job on the WB series FELICITY. From there, he worked on multiple shows, including writing and producing the Emmy-winning CBS series JUDGING AMY. He was the Supervising Producer on the hit TNT series LEVERAGE, and the Co-Executive Producer and showrunner for THE LIBRARIANS, starring Rebecca Romijn and Noah Wyle.

Most recently, Guyot served as Co-Executive Producer on NCIS: NEW ORLEANS, one of the top 10 television shows in the world.

Guyot co-wrote the 2017 film GEOSTORM, which was the number one movie in Indonesia for two weeks, but don’t hold that against the lovely Indonesian people.

Currently, he is developing the comedy film “49” for Netflix; about a husband and father who turns his family’s life upside down when he sells everything to chase his dream of becoming a professional golfer. Greg Kinnear and Lauren Graham are attached to star.

Guyot has taught screenwriting at the university level, and guest lectured at multiple conferences. He splits his time between Los Angeles and St. Louis. He believes that social media is neither -- and thus, his only presence is Instagram where you can find him at @p.guyot.