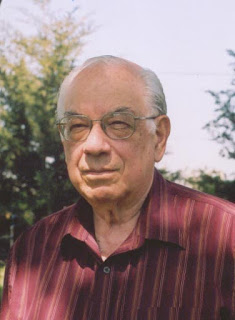 Tell us a little about your research techniques. What's important is to read deeply about whatever true character you're weaving into your story. I would estimate everything I've written and lectured about Jefferson required advance reading of forty or fifty volumes before I penned my first line about the man. The effort paid: The University of Kansas has so far hired me five or six times (adjunct) to teach courses about him. Not a bad late-in-life career.

What are some of the online sources for your historical research?

How do you verify the accuracy of your information? To assure any who question the reliability of some online references, the author uses multiple sources always to double-check and often to triple-check factual material, a good journalistic habit.

The Writers’ Lens is about Bringing fiction into focus–what brings your writing into focus, the characters, the stories, the love of words? The characters.

What inspired your latest book? Historians' misunderstanding the character of Sally Hemings, who gave up freedom in France to return to bondage in Virginia voluntarily with her lover, Thomas Jefferson.

How much fact is in your fiction? The work is thoroughly researched. Every action can be accounted for by place and date in Jefferson's records. Every person named in the book actually lived and was where I said he or she was at the time.

What's the highest compliment someone could make about your writing? "I couldn't put it down." 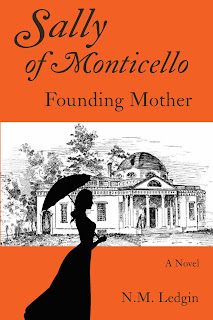 SALLY OF MONTICELLO: Teenaged Sally Hemings, mixed-race slave and sister-in-law to widower Thomas Jefferson, captured his heart while serving his daughters in Paris where he was U.S. Minister. It was there a 38-year relationship began.

The historical novel, Sally of Monticello: Founding Mother, by Jefferson lecturer N.M. Ledgin, portrays a bright, assertive woman. She resolved his “inner conflict,” according to historian Winthrop D. Jordan, by ridding him of “high tension concerning women and Negroes.” Ledgin based the novel’s timeline on Jefferson’s precise recordkeeping and collection of letters.

Controversy over the affair and over recent DNA findings continues to fuel books and articles. Sally decided voluntarily to return with Jefferson from slavery-free France to Virginia. They had several children who went free, and they left a mixed-race legacy now woven into the fabric of the nation. This novel is an illuminating take on history. It is filled with emotion and adventure in the voice of a self-educated, sacrificing woman, whose passionate love and devotion helped guide one of our founding fathers.

"What an extraordinary accomplishment. I was held captive all through it, sometimes reading late into the night because I couldn't put it down."
Elizabeth Black, author of Buffalo Spirits
You can buy Sally of Monticello at:
______________________
This is T.W. Fendley. Thanks for reading and commenting on The Writers' Lens.You can find out more about me at www.twfendley.com.