Writing the Fight Scene: Your Character is Never Unarmed—and Neither are You 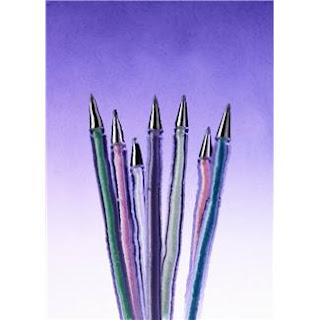 People who are trained to fight –cops, military, martial artist, etc—tend to think differently from most people. I find myself often blinking in amazement at the statements of the untrained or in amazement when they don’t realize something that I saw in less time than one of those blinks. This could sound arrogant, but in truth it comes from the surprise that I have to remind myself of the training and experience I have had is a lot different than they have had. Maybe this is why I enjoy writing about writing fight scenes, for it is my way to share and explore with others this train of thought. Most of the blogs (here or on my old Coffee with David blog site that you can find on my webpage below) contain not only information about writing a fight scene but also elements of self-defense.  This posting is no different.

Think about your character. What clothing do they wear in whatever scene you writing? Do they need a gun or a knife to defend them or are they armed without it. Despite what people generally think, and despite restrictions on weapons that various Government agencies might impose—like for travel or whatever—unless your character (or you) are naked (no jewelry even), you are never unarmed. Before we go down the road of explaining further, let’s redefine the word “weapon.”

But, before we do that, let us dig a little bit into history. In history, there are often many examples of cultures that have disarmed the masses and restricted arms to certain people. The result of this was that the masses redefined what could be a weapon. Two great examples of this were the cultures of Scotland and Japan:
1. Scotland had been invaded by the English. The English took away (or attempted to) all their swords and other known weapons. So, the Scottish resorted to using stones, long heavy logs, and long poles. From this came the weapons of the caber and the long pike;
2. Japan is perhaps the best example as the weapons that were developed were more prolific. Laws were past to restrict weapons, particularly the sword (or Katana) to the Samurai class. The peasants were limited or not allowed weapons at all. So, what did they do? They took farming and other tools and reworked them to be weapons. Some are even used by modern police today (the tonfa is the basic design that certain modern police sticks are based on). Here is a short list of the weapons that Japanese created based on how they re-defined the word weapon, feel free to explore other sources for more information:
a. Tonfa
b. Sai
c. Jutte
d. Three Piece Staff
e. Rice Paddle (This actually may have been used first as a weapon in China)
f. Mitsubishi. (no , not the car)

Let us now redefine the word “weapon”. A weapon is anything that can be used for one of three things:  attack, defend, or distract.  Please go look in the mirror, look around your surrounding s for a moment and come back. Don’t worry, I’ll wait.

Let’s start with clothing, going from your feet to your head:
1.  Shoes. There are many reasons I am glad I am a guy and not a woman, shoes for the purposes of wearing them is one of the reasons. But when it comes to using them as a weapon—heels are something to be jealous of—in fact at the time this is being written, a woman in Texas used her high heel shoe to kill her “abusive” partner (I forget if it was husband or boyfriend). Regardless of the kind of shoe you have, you are wearing clubs. Yes, you read that correctly. You are wearing clubs. What are clubs? As a weapon they are objects that you can use to apply blunt force trauma to an opponent with. Take off your shoes, pick them (or one of them up) and you have a club to use against an attacker. What kind of shoes is your character wearing? What kind of thumping could they do to their opponent?

Another thing about shoes is  they make great distractions and buy you or your character time to run (assuming you are not on a surface that makes running barefooted painful). Just toss it in the attacker’s face. Aim for the eyes! (Throwing it at their chest or anywhere else is not too effective.) They will have to dodge it or (if you are lucky) let themselves be hit with it. Either way, it will give you a head start.

2. It is unlikely that you would want to take off your pants or skirt, but they can be used in the same way as the shirt or blouse which we will discuss in number 4.

3. Are you wearing a belt? If so, you have a whip. You can use this whip in any of two ways. If you want to hold onto the buckle, it may give you (or your character) a good hand hold. Or you can use the belt’s “tongue” and apply the buckle to the body of the opponent. Ouch!
You can also take the belt and wrap it around your knuckles. It won’t be like brass knuckles, but it will add something to your punch. Finally, you can take the belt and use it as a garrote.

4. If you are wearing a shirt, blouse, pants or skirt, you have another whip. No it won’t hurt like the belt. It is a softer whip that can be used to catch the other person or their weapon and end up entangling them. Note, you can also make a rat’s tail out of it quickly if you have the right material.  Also, this can be used as a garrote.

Shirts, etc. are also weapons of distraction. You can toss it in the opponent’s eyes (I don’t care how much it costs, your life is more important) as you run or attack with something else. If it is at their eyes, they can’t see for a moment.  You can also entangle their head in it. There is an old adage in martial arts and war—if they can’t see, they can’t fight.

5. Now let’s go with rings. I don’t tend to wear any, but should you or your character have any on, then you have (at least partial) brass knuckles.

6. What about a necklace? Then you or your characters have a small whip and another garrote.

7. Do you have change in your pocket? You have a weapon of distraction. Toss the coins in their eyes.

What is in your surroundings?
1. A moment ago I asked if you had salt and pepper. Sounds screwy, right? Excuse the evil laugh, but you have one of the best non-lethal home defense systems. Add cayenne pepper and it makes a fiery mix. You can also add sand, ground glass, or ash.

How do you hide a mountain? Answer: By putting sand in the eyes of those looking for it.

Remember what I wrote above about not being able to see. The same is true about not being able to breathe. Here’s how it works.  Dump some salt and pepper (and any of the other ingredients) into your hand. The pepper is critical. You can either toss it or blow it into the face of the opponent.  You are really aiming for the nose and the eyes. Even if they have glasses on, the nose is good enough and will take care of the eyes.

When you toss or blow the contents at them, surprise will kick in. What do people do when they are surprised? How do you describe surprise in your writing without saying Johnny was surprised? People react with a sharp inhaled breathe and wide eyes. The pepper (and the cayenne pepper to a degree) will irritate the nose and they will sneeze—a lot. Do you know anyone who can sneeze with their eyes open? It’s very hard to do. When people sneeze, their eyes water. The salt (and here comes the fun of the cayenne pepper should you have used it) will enter the eyes and mix with the water.  While they are sneezing and rubbing their eyes, they are temporarily blinded and have difficulties breathing that you or your character can take advantage of.

Note: If you add ash, sand, and/or ground glass, the opponent will do damage to their eyes when they rub them.

2. Is there a fire extinguisher? Just use your imagination.

3. Do you have a drink (hot or cold)? Throw it in their face. What is a person’s reaction when you do that? How have you described it in your writing? It’s a nice weapon of distraction.

4. What about gum? Yes, it is a weapon—of distraction. You can throw it at their face or lob it into the air in front of them. Their eyes will follow it. There is some kind of evolutionary response in us that watches with a certain grotesque fasciation  things that come out of people’s mouths to be sure the object doesn’t touch us. (Not to mention the question that has to go through the opponent’s mind of “what are you doing with that gum?”)  The distraction works for a short time for you to run or attack with something else.

5. Do you smoke? Don’t blow smoke in the opponent’s face. Second hand smoke doesn’t do much right away. Instead, blow the burning leaves into their face. Also, you can burn other places. Very few people like to be burned at all—even the ones who like pain.

6. I asked if you have a pen or pencil. A few years ago, I (with a fellow Black Belt) gave a self-defense and Writing the Fight Scene lecture where we demonstrated that the pen or pencil can be mightier than the sword. If you place it in your hand right, it can be driven into the opponent and used to just stab them or even kill them (depending on where you strike).

This topic and the use of examples can go on for pages. I hope that you can look at weapons in a different light, realize that you and your character are never unarmed (even if your character doesn’t realize it) and are able to build some uniqueness into any fight scenes than just using the normal knife, gun, broken bottle, baseball bat, or chair.

Finally, I will leave you with a challenge. This is the same challenge I gave to a former martial arts pupil of mine when we discussed the topic of how anything can be used as a weapon. If you think there is something that can’t be used as a weapon, put it in the comments below—give me a reason why you think so. I will respond. Who knows, maybe there is something that can’t be. But I don’t know what.