The following post is written by a fellow writer whose fiction, in my opinion, captures the grit of life.  I will let his words speak for themselves.  Thank you Nate for sharing this.  To our readers, enjoy!

Medicine and Poison
By Nate Butchli 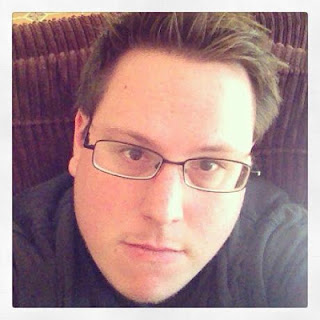 Watching the clock keeps me from doing my job.  I’m counting the minutes until I’ll be able to slip away and listen to the new song one of my favorite bands is releasing.  Until then, I’m scatterbrained and jumpy, devoting my impaired capacity for clear thought to devising an excuse for not having my shit together.

Two hours later, I’m a man free from captivity.  I find a quiet corner and listen.  My expectations were high, but they've been blown away.  The song ends, and I immediately replay it.  For fifteen minutes, I stand in the corner, cell phone in front of me, smiling like a maniac.  When it’s time to go back to work, I find it just as hard to concentrate.  The anticipation is gone, but it’s been replaced by an impulse to create something of my own.

Ultimately, this isn't about the song.  Or even the band.  It’s about the feeling that comes later, that only appears after a piece of art resonates inside you.  And it’s about how that feeling produces a balance difficult to maintain.

Hearing they have inspired creation is the highest praise artists can receive.  My reaction to my favorite works is always two-fold.  My perception of the world feels clearer, more focused, and I’m filled with the urge to produce that feeling in another person.

Al Burian says choosing to be an artist, as much as one chooses such a thing, carries with it certain responsibilities.  He contrasts the artist with the ambulance driver, a vocational choice so inherently altruistic it doesn’t need an explanation.  The point is if we’re going to be artists, our work must mean something.  If it doesn’t, wouldn’t the world be better off if we drove ambulances?

This is all well and good.  Being creative brings with it certain expectations, but the best art should inspire us to willingly shoulder them.  We should yearn to carry on the legacy of what inspires us.  This can produce a great deal of pressure, though.  Every time I compare my work to those that inspire me, I find it lacking.  I never feel like I’ve lived up to what’s been given to me.

Managed correctly, this type of thinking can be beneficial.  It keeps ego in check.  The sheer quantity of great art in the world should be enough to genuinely humble anyone.  But like everything, the key is dosage.  Failing to limit this type of thinking can cripple faith in one’s work.  In the worst circumstances (read: mine), it can create feelings of inadequacy so strong creation stops altogether.

Hemingway famously said that writing is easy, that it only takes a willingness to sit at a typewriter and bleed.  Author Kyle Beachy has pondered what it means when the creator believes the blood before him is inauthentic.  Worse still, he asks, what happens when the writer recognizes his own blood, but knows it’s awful?  The questions are rhetorical but aim to illustrate that the process is neither easy nor fun, at least most of the time.

Answers to these questions lie in a metaphor borrowed from one of Beachy’s other passions, skateboarding. Injuries to skaters are most common, he says, when they doubt their ability to do a trick.  They begin, and their brains scream danger.  Focus wanes, and the risk of falling grows.  The only way to make it work is to stop thinking and forge ahead.

In the end, Hemingway is partially right.  If we’re going to make art of value, we must sit and bleed.  It’s this honesty and the ensuing feeling of community that I appreciate in what others do.  But lessons, too, can be gleaned from the skaters, with their ability to silence doubt and face risk with reckless abandon.  Understand, though, injury does not cease in the absence of fear.  Skaters fall.  Scars are earned.  Our blood will sometimes seem insufficient.  See, Hemingway was wrong about the process.  It won’t be easy, but what is the alternative?  Pulling up short and never trying?

The love and gratitude I have for what inspires me is immense.  It has fundamentally changed me and my life.  But this appreciation is paralyzing my ability to contribute to the conversation.  The only way my work will live up to my expectations is to let go of them.

This, then, is giving up the chase.