Whether the story you have to tell is a novel or a memoir, November is a great month to start writing it. Get inspired by life writers Linda O’Connell and Donna Volkenannt and novelists Jennifer Shew and Lauren Miller. They will show you how to jumpstart your book during the St. Louis Writers Guild’s workshop from 10 a.m. to noon, Nov. 2, at the Kirkwood Community Center, 111 S. Geyer Rd. in Kirkwood. Free to members, $5 for nonmembers

National Life Writing Month: Linda O'Connell & Donna Volkenannt
·      Learn about the many different kinds of "life writing"
·      Find how an essay can be expanded to a memoir
·      Get the skinny on how an expose` may or may not lead to publication
·      Discover how to unlock the power of stories to inspire, uplift, and heal

National Novel Writing Month: Jennifer Shew & Lauren Miller
·      Learn how to get started with the 50,000 words of NaNo
·      Get up to speed on writing socially
·      Hear one author’s experiences with the local NaNo group
·      Find out about tools such as Scrivener

\    Donna Volkenannt believes words have the power to inspire, uplift, and heal. Her personal essays, short stories, articles, and poems have won almost 100 awards, including honorable mention in the national Steinbeck short story competition and nominations for a Pushcart Prize and a Spur award. First-place winner of the 2012 Erma Bombeck Global Humor Award, she lives in St. Peters, where she blogs about writing and the sweet mysteries of life. http://donnasbookpub.blogspot.com 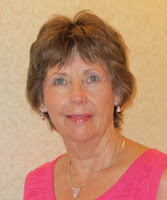 Linda O'Connell is a multi-genre writer whose niche is writing personal essays. Her stories have been published in twenty Chicken Soup for the Soul books, and more than one hundred national publications. She is developing an anthology for Publishing Syndicate and is the author of a book, Queen of the Last Frontier, the biography of Emily Keaster. http://lindaoconnell.blogspot.com

Jennifer Shew has always liked to write and read stories, mainly fantasy, because they let her imagination take over. That's why she was so happy to hear about NaNoWriMo ten years ago--it was like a license to write whatever she wanted. She has been a Municipal Liaison (ML) for the growing St. Louis NaNoWriMo region for seven years. She helps people get started with the 50,000 words of NaNo and host write-ins for folks to write socially. She’s excited to write her 500,000th word this year! 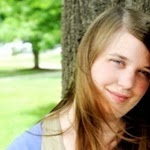 Lauren Miller reviews books for the Historical Novel Society and writes for the St. Louis Writers Guild's literary magazine, The Scribe. Her work has also appeared in publications such as The Poet's Art and a MMORPG (that's a massive multiplayer online role-playing game). After five years trying, the historical and spec fiction writer declared her first win last year by completing a 50,000-word novel during National Novel Writing Month. www.pocketfulofprose.com
Posted by T.W. Fendley at 1:00 AM