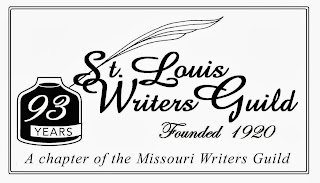 Since its founding in 1920, St. Louis Writers Guild has sponsored an annual short story contest to honor writers. The first year, they decided on a short story contest. The next year, it was a poetry contest, and the following year it was an essay contest, but today SLWG hold these contests in a single year. Over the years, many notable writers have entered including Tennessee Williams, who won first place in 1935 for his story, "Stella for Star." (University of Delaware library; Special Collections Department; Tennessee Williams Collection, 1939-1994)

St. Louis Writers Guild has held many contests throughout its history, but every autumn they return to their origins to hold the Annual Short Story Contest.

St. Louis Writers Guild Annual Short Story Contest opens for submissions every October, the deadline is in December, and prizes are awarded in January. Historically, entries have come from all across the nation and Canada. Stories are blind-judged by an expert in the fields of writing and literature.

Writers do not need to be members of St. Louis Writers Guild in order to participate in this contest.

Topic: The work must meet the specific form requirements of a short story, be a work of fiction written in English, represent the author's original and unpublished work, and be intended for an audience composed of adult readers (as opposed to a story intended for children). Any topic is allowed, but works that include pornography, extreme violence, racism, and/or other content that is not appropriate for a mainstream literary audience are not eligible.

Word Length:
Story must not exceed 3,000 words. Title does not count in word limit.

Judge:
This year’s judge is Jason Makansi, co-founder of Blank Slate Press. A complete biography can be found at www.stlwritersguild.net/contests.html.

Announcement of Winners: Winners’ names and story titles will be posted on the St. Louis Writers Guild website in January and announced in SLWG’s electronic newsletter, Here’s News! Entrants can subscribe to Here’s News! on SLWG website’s Homepage. Facebook and Twitter too!

St. Louis Writers Guild no longer publishes the full text from the winning entries so that the author retains the publication rights. All winners are invited to read their entries before a live audience at a special SLWG open mic night.

Submission Mailing Address
All submissions are required to be MAILED, using the United States Postal Service and must bear a postmark date on or before the Deadline (December 1, of the current year). Mail entry to:
St. Louis Writers Guild
Attention: SHORT STORY CONTEST
P.O. Box 411757
St. Louis, MO 63141

Complete submission guidelines can be downloaded or viewed at
www.stlwritersguild.net/contests.html

Good luck with the contest!
Posted by Brad R. Cook at 4:07 PM