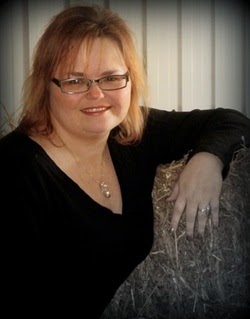 Welcome to L.S. Murphy, who lives in the Greater St. Louis area. She watches Cardinals baseball, reads every book she can find, and weaves tales for teens and adults. When not doing all of the above, she tends to The Bean (aka her daughter), her husband and a menagerie of pets.


She is a member of Society of Children’s Book Writers and Illustrators (SCBWI) and the St. Louis Writer’s Guild.

Repped by Julia A. Weber of  J. A. Weber Literaturagentur.

The Writers’ Lens is about "Bringing fiction into focus." What brings your writing into focus-- the characters, the stories, the love of words? For me it has to be the characters. The story can be great from a plot stand point, but if a character doesn’t resonate with me it doesn’t work. That goes for reading too. I can love a plot but not the characters.

Most of the time, I get a glimpse of an idea and the characters come to me. With “The 13th Month” (available in ONE MORE DAY) I was given the theme of the anthology. Nixon, the MC, came to me first. I honestly had no idea what my story would be about at that point. His voice really spoke to me.

In REAPER, it came together a little differently. I wanted to write a story about a stereotypical mean girl and turn her into Death. What would that do to her? How would someone react to that situation? The plot formed first and the character came second.
I love the way characters react to whatever gets thrown at them. Sometimes it even surprises me.

How do you find time to write and do a demanding job? It isn’t easy. I try to schedule writing time for myself and make it clear to my family that I’m not to be disturbed. Naturally all sorts of issues pop up during that time. It’s an ongoing battle. I always have at least one notebook or journal with me (usually three to be honest) so I can jot notes whenever there’s a minute or two. My latest writing tool is the digital voice recording app for my phone. I turn the radio off and plot on the way to work and home, then transcribe everything later.

What inspired your latest book? PIXELATED, which will be released through Bloomsbury Spark, dates to a moment in high school. There is a scene where my MC, who is a city girl, drives up to her new school in Nowheresville, IA and sees a line of tractors in the school’s parking lot. That stems from my HS creative writing class. My teacher would take us out of the school for inspirational walks around town. We were walking back one day and he screamed at us, “Stop! Look!” He pointed to a line of tractors in our school’s parking lot and said, “If that isn’t inspiration, I don’t know what is. Now write!” I thought he was insane, but that stayed with me and led to writing this novel.

Would you share a bit about your next project? I’m currently revising a New Adult novel about a college baseball player who suffers a terrible injury and hires a tutor to avoid academic probation. He falls for the mysterious tutor and makes some not smart choices. It’s a ton of fun since I’m writing from the male POV which is somewhat challenging.
What tune/music could be the theme song for your book? For REAPER, it has to be Don’t Fear the Reaper by Blue Oyster Cult

For PIXELATED, Small Town, Big Time by Blake Shelton (or Boys ‘Round Here) 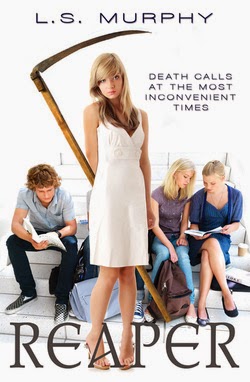 REAPER: There’s no way sixteen-year-old Quincy Amarante will become the fifth grim reaper. None. Not over her shiny blue Mustang. Her Jimmy Choos. Or her dead body.

She’s supposed to enjoy her sophomore year, not learn about some freaky future Destiny says she has no choice but to fulfill.

It doesn’t take long for Quincy to realize the only way out of the game is to play along especially since Death can find her anyway, anywhere, anytime. And does.

Like when she’s reassuring her friends she wants nothing to do with former best friend Ben Moorland, who’s returned from god-knows-where, and fails. Miserably.

Instead of maintaining her coveted popularity status, Quincy’s goes down like the Titanic.

It seems, perhaps, becoming a grim reaper isn’t just about the dead but more about a much needed shift in Quincy’s priorities—from who she thinks she wants to be to who she really is.

You can buy REAPER at: