Quinn's MAMA ROSE'S TURN reveals all about "the stagemother from hell" 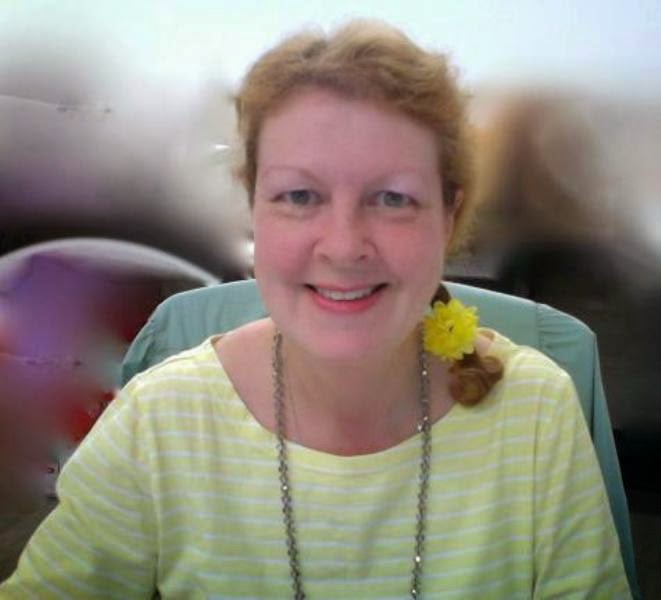 Welcome to CAROLYN QUINN, Author and Fine Art Photographer, who grew up in Roselle and Scotch Plains, NJ, a member of an outrageous and rollicking extended family. She has a B.A. in English and Theater/Media from Kean University.

Carolyn wrote MAMA ROSE'S TURN: The True Story of America's Most Notorious Stage Mother after extensively researching the life of Rose Thompson Hovick, whose colorful and unorthodox parenting style inspired the musical Gypsy. She is a member of The Ziegfeld Society, and serves on the Advisory Council of the Boo-Arts Theatre.  Carolyn lives in New York City.  MAMA ROSE'S TURN is her first book.

How do you find time to write and do a demanding job? It wasn't easy! I work full-time and have a long commute, so for the most part, I wrote the book on the weekends. I'd start on many a Friday night and work straight through until about two in the morning on Monday, with breaks for breakfast and dinner.

What inspired your latest book? What always intrigued me was that the book is MAMA ROSE'S TURN, and it's the first full biography of Gypsy Rose Lee's mother, Rose Hovick, who inspired the Broadway hit musical GYPSY. No one had ever devoted a biography exclusively to Rose before. There were all sorts of rumors about what she was "really like."  Most were based on the fictionalized character that was created about her in the musical. I wanted to uncover the truth and tell the actual story.

What do you think readers will like about your book? I think they'll like it that I was very thorough in my research and will enjoy finding out the show biz details of Vaudeville and Burlesque. There were also a lot of new facts I dug until I uncovered about Rose's family's history. They owned hospitality businesses in the Midwest and had a tradition of entertaining people that they brought with them to America from Germany.

What movie star would be perfect for (your main character) and why? Catherine Zeta-Jones, hands down!  She did such a fantastic job in CHICAGO, which was also about Vaudeville era, that I think she'd make a perfect Rose Hovick.

MAMA ROSE'S TURN: Hers is the show business saga you think you already know--but you ain't seen nothin' yet. Rose Thompson Hovick, mother of June Havoc and Gypsy Rose Lee, went down in theatrical history as "The Stage Mother from Hell" after her immortalization on Broadway in Gypsy: A Musical Fable.Yet the musical was 75 percent fictionalized by playwright Arthur Laurents and condensed for the stage. Rose's full story is even more striking.

Born fearless on the North Dakota prairie in 1891, Rose Thompson had a kind father and a gallivanting mother who sold lacy finery to prostitutes. She became an unhappy teenage bride whose marriage yielded two entrancing daughters, Louise and June. When June was discovered to be a child prodigy in ballet, capable of dancing en pointe by the age of three, Rose, without benefit of any theatrical training, set out to create onstage opportunities for her magical baby girl--and succeeded.

Rose followed her own star and created two more in dramatic and colorful style: "Baby June" became a child headliner in vaudeville, and Louise grew up to be the well-known burlesque star Gypsy Rose Lee. The rest of Mama Rose's remarkable story included love affairs with both men and women, the operation of a "lesbian pick-up joint" where she sold homemade bathtub gin, wild attempts to extort money from Gypsy and June, two stints as a chicken farmer, and three allegations of cold-blooded murder--all of which was deemed unfit for the script of Gypsy. Here, at last, is the rollicking, wild saga that never made it to the stage.
Posted by T.W. Fendley at 1:00 AM