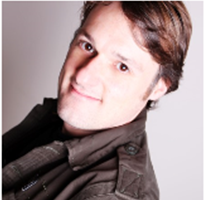 Welcome to JONATHAN LEE, who was born in a small mining town somewhere in the north of England. His first novel, The Radio was nationally shortlisted in The Novel Prize 2012 for new authors, coming in second from over 4,000 entries. The Radio was published in April 2013 and has received critical acclaim and sold more than 5,000 copies. His second novel, The Page is published in Spring 2015.

How do you find time to write and do a demanding job? I was divorced back in 2008 and at that stage I decided that my life should change and finally I should get on with what I've always wanted to do. Write. Since then, I specifically book time into my diary where I have my children (I have joint custody), time when I have to work the 50-hour week and then time for writing. I stick to this rigidly; it seems to work. Though my girlfriend is incredibly tolerant!

How much fact is in your fiction? Just prior to beginning to write seriously I read a quote from Stephen King that said "Always write what you know." Although The Radio is a black comedy, it deals with serious aspects such as the suicide of the main character's son. This is almost entirely based on fact as sadly I lost my brother in this way. I feel that there is a good proportion of fact in my fiction, always in some way twisted from the truth.

What are your top three reasons for writing?
1) Enjoyment: This always has to come first. I love writing. I spend most of my days observing, watching and listening wondering how I can work situations into my writing. Sadly, the whirring mind sometimes won't relent when it’s time for sleep.
2) The feeling of satisfaction I get when somebody reads my work and really enjoys it. It is such an honour that people have even read my novel, and those who really get enjoyment out of it makes me feel incredible.
3) Lifestyle. As I said, I love storytelling and at this stage my lifestyle hasn't yet changed, but one day I hope that the daily commute becomes a distant memory and I can hole myself up for days writing stories for others' enjoyment.

What's the highest compliment someone could make about your writing? Simply, that they couldn't put my book down. I've had people contact me and say that they got into it so much that they read the whole thing in a day! Then the pressure starts, because they invariably ask "When's the next one out?!" 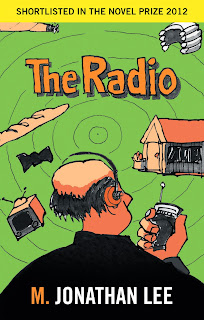 THE RADIO: Poor George Poppleton. Middle-aged, henpecked, lovable and hapless. Accepting of life as it is. Until one day, he finds an old transistor radio in his loft. A radio which becomes an obsession that takes him on an unexpected journey, right back to the moment his only son took his own life.

Whilst his wife and daughter plan perhaps the most ill-fated wedding ever conceived, George drifts ever further from reality.

And on the night of the engagement party, when a garlic baguette is used as a lethal weapon and the hogs turn on the farmer who is about to roast them, the family realise that things are not at all how they seem.

THE RADIO is available here - at a special price too!  www.amazon.co.uk/The-Radio-M-Jonathan-Lee/dp/1780885318
Website: www.jonathanleeauthor.com
Posted by T.W. Fendley at 1:00 AM

Email ThisBlogThis!Share to TwitterShare to FacebookShare to Pinterest
Labels: Jonathan Lee, The Radio