Charlie Flowers: Characters & "What if?" bring his writing into focus 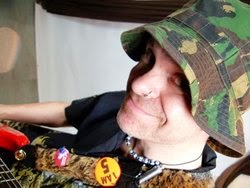 Welcome to this week's guest, CHARLIE FLOWERS. Charlie was born in Eastern Europe sometime in the late Sixties and arrived with his family in Britain in 1975.

After training as a journalist in London, he had a varied career as reporter, roadie, truck driver and record label boss. In the late Nineties, he formed two cult bands, and is currently an adviser on terrorism and extremism to certain departments and think tanks.

Charlie Flowers is published by Endeavour Press, and is a member of the Crime Writers' Association and International Thriller Writers, Inc.
What brings your writing into focus-- the characters, the stories, the love of words? The characters, who drive the stories, and today's news. I see some crazy stuff happening and I think "What if...?"


How do you find time to write and do a demanding job? I wait till the early hours, stick the headphones on... and we're off!

What inspired your latest book? My latest book was inspired by the small English village I grew up in, the locals, and the woods around it.

What movie star would be perfect for (your main character) and why? We've actually cast all my main characters for a graphic novel and film adaptation of the first book in the series. Riz is played by Zulfikar Ali Malik, and Holly is played by Anu Patel.
Is there a different genre or type of book you’d love to try to write? I'm just about to branch out and write a Young Adult novella. It ain't easy, but it's an interesting challenge! 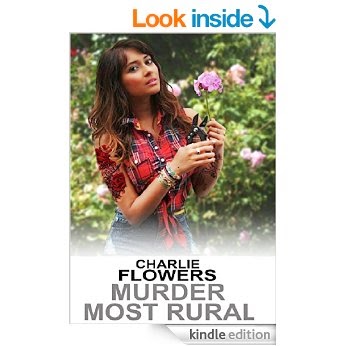 MURDER MOST RURAL: Meet Riz and Bang-Bang. MOD troubleshooters by trade, their work normally involves covert ops and counterterrorism. A routine exercise with the SAS takes them to a sleepy Essex village, where not only do they stick out somewhat as a British Pakistani couple, but there has also been a mysterious suicide.

Or have they stumbled across the perfect murder?


Praise for MURDER MOST RURAL: