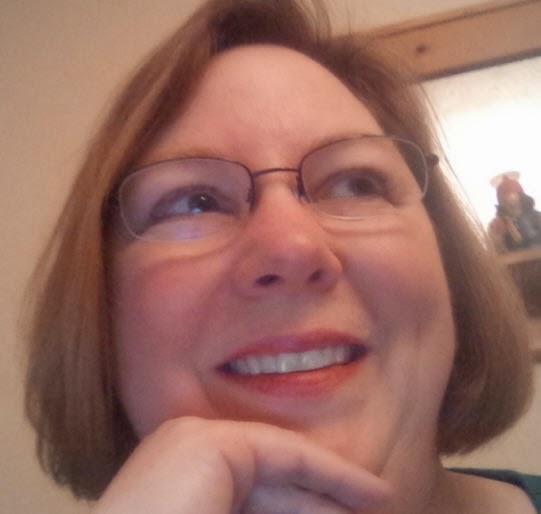 Welcome to Tracy Rud, an information developer by day and novelist by night, who has always been interested in spinning a yarn, from a good joke to a good adventure. Growing up on the New England coast and now spending as much time as possible there and on the Florida coast provides many story backdrops and fuels her fondness for pirates and tales of the sea. She currently resides in North Metro Atlanta with her husband, daughter, and two cats. SEA BEGGAR is the first book in the SEA BEGGAR series. Tracy is currently writing SEA SHADOWS, the second book in the series.

The Writers’ Lens is about "Bringing fiction into focus." What brings your writing into focus-- the characters, the stories, the love of words? I think the best stories have a good balance between an interesting plot and relatable characters. I use a lot of dialog to drive plot, so definitely it’s my characters that bring the story into focus. I don’t want the reader to simply be a voyeur on the outside looking in. I want the characters to draw you in so you’re right there next to them experiencing everything they are.

The characters shouldn’t lie flat, they should jump off the page at you. I want readers to either love them or hate them but never be indifferent to them. If I get that “meh” reaction to any character, then I know I either need to rework or kill off the character!

What makes your book/characters unique? I have parallel story lines that run through my book—one line takes place in the 1700s, the other in modern day, and the lines intertwine. The overall story is told from the perspective of the protagonist in each line, both strong women characters.

What’s the highest compliment someone could make about your writing? If someone told me my writing stirred something in them, then I would consider that one of the highest compliments a reader could make. If a character inspires you or if you find yourself hating one of them, or you get emotional during a scene, then I would consider my writing mission accomplished. I want my readers to feel a certain level of intimacy with the story and the people in it.

What’s your favorite writing accessory or reference? My favorite writing accessory is my cat, Peaches. Weird, I know, but she likes to hang out with me when I write. Writing can be such a solitary endeavor, and it’s good to have someone (or something) to bounce ideas off of and read passages to, just to hear how they sound. Best of all, she almost always agrees with me, rarely has any dissenting viewpoints! Given the opportunity my other cat, Sadie, would argue every punctuation mark.

What tune/music could be the theme song for your book? Oh good question. If I could, I would have John Williams compose something fabulous for the theme. Barring that, I would choose a theme that evokes all the emotions of the buccaneer life—the raucous excitement and thrill of sailing the open water, the apprehension about what lies over the horizon and beneath the waves, and the serenity that comes from sleeping on deck under the stars. Maybe one of the movements from Handel’s Music for the Royal Fireworks or something similar from that time period.

Sea Beggar is available on Amazon in trade paperback and Kindle download: 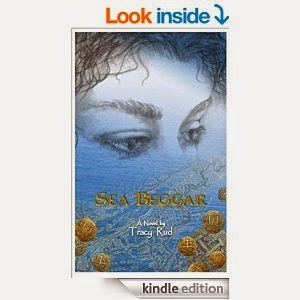 SEA BEGGAR: This rollicking, historical pirate adventure that spans oceans and generations, is told from the perspective of two strong female characters in two different time periods. Macy Macmillan discovers treasure in the Florida Keys then is drawn into the mystery behind the 18th-century ship that had carried it. Macy inherits her parents’ property in the Keys after their sudden death in a horrific car accident. There, she befriends an old acquaintance of her father's and together they find treasure hidden in a cluster of mangroves.

Flash back to 1719 when a ship called the Sea Beggar roved the Caribbean. Her crew were no ordinary pirates, but rather sea rovers and mercenaries who would fight to the death to protect what they believed in; integrity, duty, love.

Back in present day, after finding the treasure buried in secrets and sand for nearly 300 years, Macy also finds something in the legacy that Keary Dunbarton left. Could this be the true treasure of the Sea Beggar?

Praise for Sea Beggar
Just when you believe there remains no adventure worth seeking, there appears upon the horizon the stout silhouette of the Sea Beggar—author Tracy Rud’s stirring saga of lyrical larceny and love upon the high seas. As Rud so aptly pens, “If we sail far enough, we will find our dreams.” Indeed, plus much, much more—pirates both good and bad, and a king’s ransom in treasure, both lost and found. Not even Cap’n Jack Sparrow could have spun a better yarn.
–Jedwin Smith, author of Fatal Treasure and Our Brother’s Keeper