...And Now a Word from the Masters 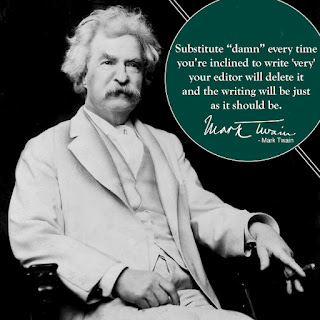 …And Now A Word from the Masters
By Brad R. Cook


Every week on The Writers’ Lens we feature insights and tips about writing, but this week I thought I turn to the classics, to those writers whose words still resonate after all these years – though maybe only in literature classes. Too often do students only read the Cliff Notes – well, now Wikipedia – just to pass the test. There is a lot to learn from those literary masters, not just from the themes and messages of their novels, but also from the quotes they left behind.


We should always look back to those who came before, for they walked this path first. They created the conventions we now follow. These masters saw, contemplated, and worked through the same issues that writers still face today, and luckily when they talked about them, someone sitting nearby wrote it down.


I keep a Moleskine filled with quotes close by; others post them daily to Twitter or Facebook, some even get tattoos, and we obsesses because as writers it is these words that we cling to for guidance. Allow me to share some of my favorite quotes, and maybe, just maybe, the next time you are running around the Kindle store you’ll pick up that classic not read since school. It might surprise you.


As a Missourian, I think I am contractually obligated to start with Mark Twain.
He wrote fun books like A Connecticut Yankee in King Arthur’s Court, but also controversial novels like Huckleberry Finn. If you haven’t read Tom Sawyer in awhile you might want to.


My favorite Twain quote is a true life lesson,
Courage is the resistance of fear, mastery of fear, not absence of fear. – Mark Twain


For writers, he passed on these words of wisdom,
Substitute "damn" every time you're inclined to write "very;" your editor will delete it and the writing will be just as it should be. – Mark Twain


As to the adjective, when in doubt, strike it out. – Mark Twain


One more,
The human race has one really effective weapon and that is laughter. – Mark Twain


Some great quotes from the Victorian authors and a couple from the Lost Generation,
Easy reading is damn hard writing. – Nathaniel Hawthorne


Words - so innocent and powerless as they are, as standing in a dictionary, how potent for good and evil they become in the hands of one who knows how to combine them. – Nathaniel Hawthorne

No man knows till he has suffered from the night how sweet and dear to his heart and eye the morning can be. – Bram Stoker
The whole difference between construction and creation is exactly this: that a thing constructed can only be loved after it is constructed; but a thing created is loved before it exists. – Charles Dickens
There are books of which the backs and covers are by far the best parts. – Charles Dickens

There is nothing to writing. All you do is sit down at a typewriter and bleed. – Ernest Hemingway


There is no rule on how to write. Sometimes it comes easily and perfectly; sometimes it's like drilling rock and then blasting it out with charges. – Ernest Hemingway


And by the way, everything in life is writable about if you have the outgoing guts to do it, and the imagination to improvise. The worst enemy to creativity is self-doubt. – Sylvia Plath


If it is possible to cut a word out, always cut it out. – George Orwell


A short story must have a single mood, and every sentence must build toward it. – Edgar Allen Poe


A perfectly healthy sentence, it is true, is extremely rare. For the most part we miss the hue and fragrance of the thought; as if we could be satisfied with the dews of the morning or evening without their colors, or the heavens without their azure. – Henry David Thoreau


Writing a book is a horrible, exhausting struggle, like a long bout of some painful illness. One would never undertake such a thing if one were not driven on by some demon whom one can neither resist nor understand. – George Orwell,


Writing, to me, is simply thinking through my fingers. – Isaac Asimov
When I stop working the rest of the day is posthumous. I'm only really alive when I'm writing. – Tennessee Williams
A writer is somebody for whom writing is more difficult than it is for other people. – Thomas Mann
I consider criticism merely a preliminary excitement, a statement of things a writer has to clear up in his own head sometime or other, probably antecedent to writing; of no value unless it come to fruit in the created work later. – Ezra Pound
A writer of fiction lives in fear. Each new day demands new ideas and he can never be sure whether he is going to come up with them or not. – Roald Dahl
The writer has to force himself to work. He has to make his own hours and if he doesn't go to his desk at all there is nobody to scold him. – Roald Dahl
And lastly, here is one from a really old master,
Books are immortal sons deifying their sires. – Plato


So what’s your favorite authors quote?

Quotes taken from www.brainyquote.com , www.quotegarden.com , and my Moleskine.
Posted by Brad R. Cook at 10:06 AM