From the Crime Writer’s Library—Journey into Darkness 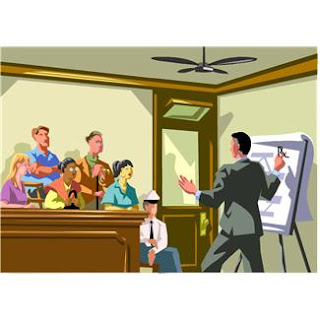 One of the things that those of us who write about crime have over those who actually investigate those crimes in real life is that we get to choose how far along the journey into darkness we need to go. Journey into Darkness by John Douglas and Mark Olshaker follows John Douglas as he dives into the minds and motives of some of the modern day’s most horrific serial killers.

John Douglas was not just an FBI Behavioral Analyst (more commonly known as Profiler), he created the department in the FBI against doubts and naysayers. How he or those who have followed in his footsteps are able to shut out the abyss that they must stare into would be a topic to write about on its own.  Regardless if you write thrillers or mysteries—be them cozies or hardboiled, the techniques Douglas developed in profiling killers should be applied to your criminals, whatever those crimes are.

Journey into Darkness is:
“John Douglas, who headed the FBI's elite Investigative Support Unit, told the story of his brilliant and terrifying career tracking down some of the most heinous criminals in history. Using behavioral profiling and criminal investigative analysis to get into the head and psyche of both the criminal and victim — to feel what they felt at the critical moment — Douglas helped crack many high profile cases, including the Trailside Killer, the Atlanta child murders, and the Tylenol murders. Now, working again with his co-author Mark Olshaker, Douglas delves further into the criminal mind with a series of chilling new cases in Journey into Darkness: Follow the FBI's premier investigative profiler as he penetrates the minds and motives of the most terrifying serial killers.

“In Journey into Darkness, Douglas profiles vicious serial killers, rapists, and child molesters. He is straightforward, blunt, often irreverent, and outspoken, but takes pains not to glorify any of these murderers. Some of the unique cases Douglas discusses include:

“The Clairemont killer — Six women were found stabbed to death in San Diego, three in the same apartment complex. In each case, the killer entered through an unlocked door or window in the late morning to early afternoon. A suspect was in custody, tied to one of the murders through a DNA match. Douglas was called upon to use his profiling techniques to link the other five murders to the suspect. Douglas looked at the "signature" of the killer, and found that all the murders were committed by the same man. The prosecution used the profile to force the jury to find the defendant guilty of all six murders, if they felt he was guilty of the one murder. Celophus Prince was found guilty on all counts.
“The schoolgirl murders — What became Canada's "trial of the century." Several schoolgirls disappeared in 1992; their bodies were dumped several weeks later, beaten and sexually attacked. Canadian police agencies contacted the FBI for help on the case and to get a profile on the killer and, according to witnesses, his accomplice. Following the advice of the Investigative Support Unit in Quantico, Canada aired a television special entitled "The Abduction of Kristin French," allowing agent Gregg McCrary to describe the killer's profile on air. Knowing that the murderer and his accomplice would be watching, he planned to confront the unknown killer, assuring him he would be caught. Paul Bernardo was arrested on February 17, 1993, turned in by his wife and partner in crime, Karla Leanne Homolka. The profile was dead on the money.

“Richmond's First Serial Murderer — In 1987, Richmodd, Virginia, was struck by a serial rapist/murderer. The Richmond police called upon the Investigative Support Unit in Quantico to make up a profile of the perpetrator. The crimes and profile beared a remarkable resemblance to a string of burglaries, rapes and murders in Alexandria, Virginia, several years before. Agent Steve Mardigian then formulated a complex strategy that caught the killer who fit the profile to a tee. In the process he helped free a wrongly convicted man, who due to his low intelligence level, had become confused and confessed to the crime.

“The brutal and sadistic murder of Suzanne Marie Collins, a beautiful young Marine on the verge of a brilliant career. The culprit was caught and confessed to her killing, but his story was very different than what really happened. By delving into Sedley Alley's mind, Douglas helped bring the murderer to justice, recreating the evening from the perspective of a sadistic and angry man. Suzanne Collins' horrifying end haunts Douglas to this day.

“Douglas delves into other cases, including Polly Klaas' abduction and murder by Richard Allen Davis, the tragedy that lead to the creation of Megan's Law; the abduction and murder of six-year-old Cassandra Lynn Hansen, who was snatched from an evening church service; and the vicious murder and sexual assault of Nancy Newman and her two daughters, eight-year-old Melissa and three-year-old Angie in Anchorage, Alaska. He also explores the murders of Nicole Brown Simpson and Ronald Goldman, focusing on the double homicide purely from a behavioral perspective. Douglas examines what the facts at and surrounding the crime scene told about the killer from a behavioral point of view. From Douglas's profile, the only viable suspect to date is O.J. Simpson.

“With Journey into Darkness, Douglas provides more than a glimpse into the minds of serial killers; he demonstrates what a powerful weapon behavioral science has become. Profiling criminals helps not only to capture them, but also helps society understand how these predators work and what can be done to prevent them from striking again. Douglas focuses especially on pedophiles and child abductors, fully explaining what drives them, and how to keep children away from them. As he points out, "The best way to protect your children is to know your enemy." He includes eight rules for safety, a list of steps parents can take to prevent child abduction and exploitation, tips on how to detect sexual exploitation, basic rules of safety for children, and a chart, based on age, which details the safety skills children should have to protect themselves.

“In his review for Mindhunter in The New York Times Book Review, Dean Koontz said, "Because of his insights and the power of the material, he leaves us shaken, gripped by a quiet grief for the innocent victims and anguished by the human condition." Journey into Darkness continues this perilous trip into the psyche of the serial killer, but also offers a glimmer of hope that profiling may enable law enforcement to see the indicators of a serial killer's mind and intervene before he kills, or kills again.

“The world's top pioneer and expert on criminal profiling--the author of the international bestseller Mindhunter--delves further into the criminal mind . . . and reveals the fascinating circumstances of each crime in detail as he explores the larger issues, including crime prevention and rehabilitation.”—book description on Barnes and Noble.

If you wish to dig deeper into the darker side of your criminal characters, understand what they do by understanding who they are, this is one book you need to read.