K. Caffee: Each character is a gem 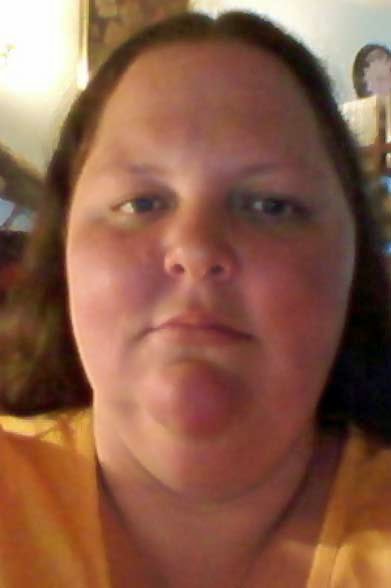 Welcome to this week's guest, K. Caffee. Here's what she has to say about herself: "I am a habitual tale spinner from a very early age. Even from elementary school age I’ve been able to captivate an audience, yet it took until the college years for me to get something “shouting” loud enough at me to actually write it out for a wider audience to discover. Now, I write because I have to. When I’m not writing, I’m a real grouch to be around – something I do my best to not inflict on anyone else."
Facebook - https://www.facebook.com/PukahWorks
Twitter - https://twitter.com/PukahWorks
Blog - https://pukahworks.wordpress.com/
Goodreads - https://www.goodreads.com/KCaffee
Amazon Author’s page - http://www.amazon.com/K.-Caffee/e/B00TMQEJPU
Smashwords Author’s page - https://www.smashwords.com/profile/view/KCaffee

The Writers’ Lens is about "Bringing fiction into focus." What brings your writing into focus-- the characters, the stories, the love of words? For me, what brings everything into focus is knowing where I’m gong with the story.  For some of the books, just knowing where that installment needed to end was enough. Especially for the first two books.  After that, things got very blurry, and it showed in the drafts – I had to figure out where the series was going in order to start shaping the plot and the character development properly.  Even when I discovered that I was actually not writing the story I thought I was, I still needed to understand where everything was going.  I think it is that way with any tale.  You may not know the particulars of the end, but knowing where it is sure does make it easier to get there.

For me, each story, each character is a gem that has surfaced in my mind, and waits patiently for me to finally get around to talking with it.  Once we open the discussion, the best I can do is hold on and hope my fingers can keep up with the torrent of discussion that occurs. Most of the time, it is tightly focused on the project at hand, but occasionally it does try to wander off and find others to play with as well. So, the point above about needing to have an idea of where the end is once more becomes critical.

What inspired your latest book? Initially what inspired the first book, and my debut series was an innocent question asked by one of the people in my role-play group.  “Where does he come from?” They asked about my character. I couldn’t answer right away, but within a week, I did. Those thirty or so pages I wrote in answer to the question for the group waited for over ten years for me to get back and look at them. I guess they got tired of languishing out in limbo, because last August they ambushed me. From one book, to two, to five, the series has exploded, and taken me along for the ride.

Along the way, I also discovered I wasn’t just writing about my character I’d invented for the game. I also was writing about a set of much deeper issues. Now, I have to be careful to not stand in the way of the story because I believe it needs to get out and be read as widely as possible. The more I developed the character concept, the more I realized I was writing about the issue of feral children and mental illness.  Some can be seen in the support characters, but most of it falls squarely on the shoulders of my main character.

What do you think readers will like about your book? The extensive character development. There’s a good action tale woven through it, but I present the tale through the eyes of my main character. That is until he goes AWOL on me, and I can get a chance to shift it to the support cast for a while. But, it still comes back to the main. It’s similar to a coming of age, but not quite. It’s more like a discovery of self.

Would you share a bit about your next project? I’m working on the fourth installment of the series. I mentioned before that I am writing about mental illness, and this particular book has that as the central focus. The main character – Nameless – has his entire self-made reason for existing shattered as this book opens. His personal religious beliefs are torn away, and his understanding of just who he is, and how he fits in the world is destroyed by this. The rest of the book is the journey he must face in order to build a new, healthier identity.  He has help, some of the supporting characters are more beneficial than others. And, because this is my tale to tell, he also has a destiny he is being shaped to assume. This is also the key to the series name: Followers of Torments.
I’m not very far into this project, and this is extremely rough. However, I’ll be glad to share a snippet from the opening chapter:

“If he wants to die so bad, let him. That just means we have to deal with his stupidity for a shorter amount of time. Let him go, and let the taint he clings to go with him.”
Akantheldama surged to her feet, pinning the ‘cat against the far wall, her eyes blazing with fury, “Keep talking like that, and I may take you personally to meet the one he is related to.  Does the name Voras mean anything?  Serrache?  How about the Web Mother or the Tormenter?”

Beslynx’ eyes widened at the litany of Melkreschen deities, and she nodded her head struggling to breath around the Intuii’s constricted grip.

“Then think again if They will allow one of Theirs to die.  He is related to both, though how none know. Why do you think when you broke his bond to Voras, Her mark did not vanish?

He was never Called, though he has provided many feasts for Her children both before and after his freedom was won.  He holds in his possession that which none here could envision, even my progenitor has felt the pull he exerts. Some say he is cursed, others say he is blessed. None wish him harm. But, you,” Akantheldama halted her snarling diatribe to slam Beslynx against the wall again, “you!  A pitiful woman, cast from her pack because she bears her own cursed form. You think you know what is best for him. For us. For me. I am home, but I am not welcome. The Prince wishes to see us, but I cannot answer. I am torn, woman, torn!  Never before have I been compelled to not answer my Prince. It is because of you that this happened. I will not be given to my death because of you. Not now, not ever. So, silence, and keep your vile thoughts to yourself.”

Akantheldama drew in her will to slam the shifter with a mental attack.  Before she could unleash it, the room dipped into a chaotic maelstrom of pitch black with just slightly less dark whorls to emphasize the darkness.  Raw anger, fear, loss, sorrow, and absolute desolation hammered into the minds of everyone present."

What are your top three reasons for writing?
1) Because if I don’t write, the stories become extremely insistent. Then, if I continue to ignore them, they either seep into everything I write (and being a student, this is not a good thing) or they wander off and sulk, leaving me in an emotional mess. I do this to stay sane.
2) Even though this is a fantasy series, it addresses some serious issues. I want to see this get out, and be discovered so discussions can be opened about those issues.
3) Because it’s fun. I mean, where else can you torture, maim, kill, punish, laugh, cry, and generally make someone’s life living misery and get PAID to do it?

What's the highest compliment someone could make about your writing? That it moved them, and they enjoyed it. Spinning a tale is what I do, but hearing back that someone enjoyed the tale I had to tell is what makes it worth while. If the readers find the deeper messages, all the better. But, even on the surface, there is a story to be had.

What tune/music could be the theme song for your book? For Out of the Darkness, Audiomachine’s “Assassin” embodies so much of the emotions and theme of the tale. Though, I did discover another song, “Hitman” by Kevin McLeod that captures most of the book’s themes.

Remember the Shadows was encapsulated with “Five Armies” also by Kevin McLeod.

I’m still looking for something to serve as a musical template for the rest.  Especially book 4. Not having the right music is proving to make the writing a little harder. And, open, uplifting, epic music for what is going on in the story at this point just feels... wrong.

If you could meet one of your characters, who would it be and where would you meet? Right now, I’d like to meet Beslynx – one of the support characters. She’s a werecat, and about as independent as a real cat.  It would have to be in a forested area, because she hates wide open spaces with a passion.  She’s definitely a forest creature, and I am beginning to wonder if I chose the wrong character to fill her position in the book. 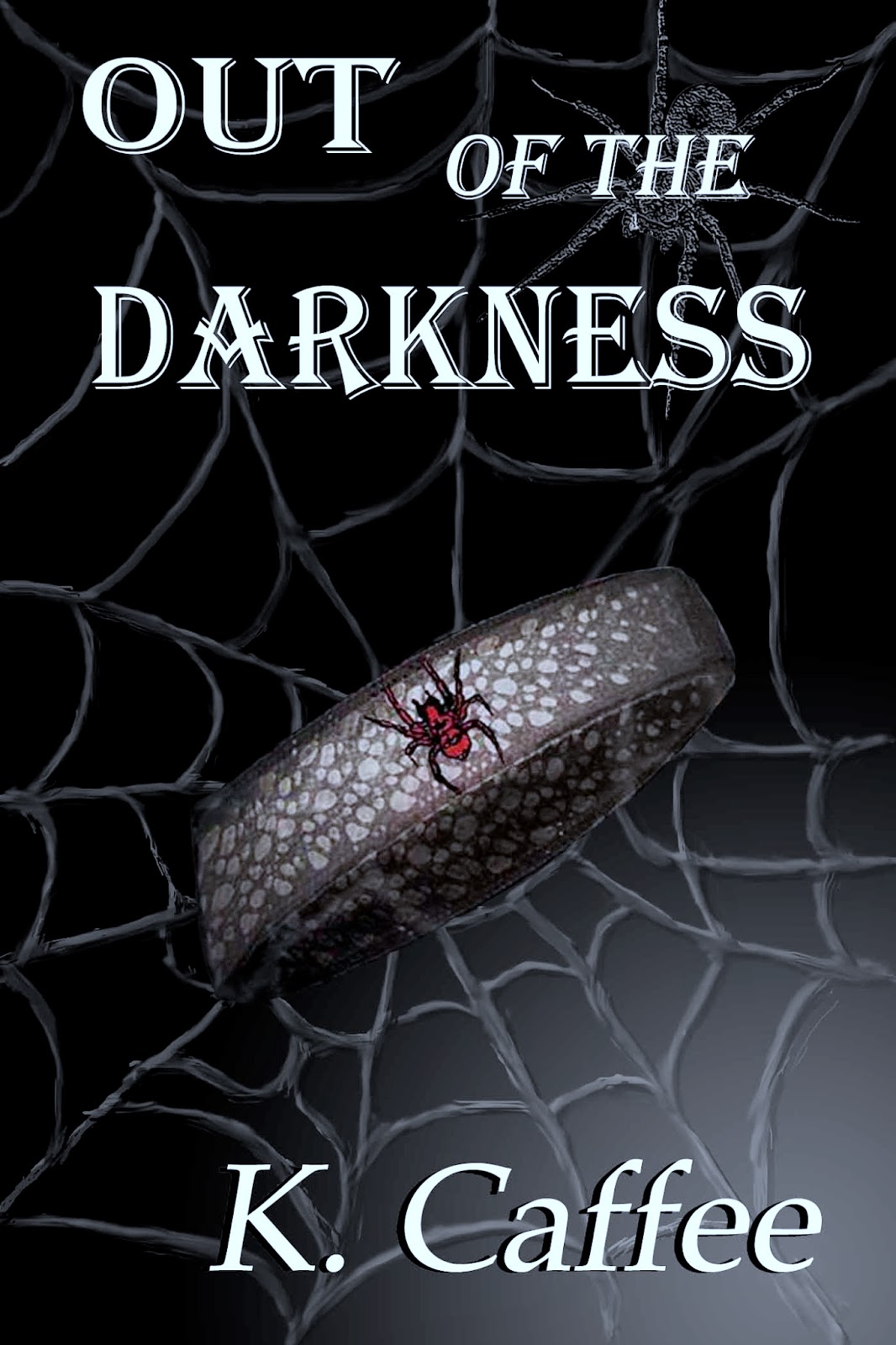 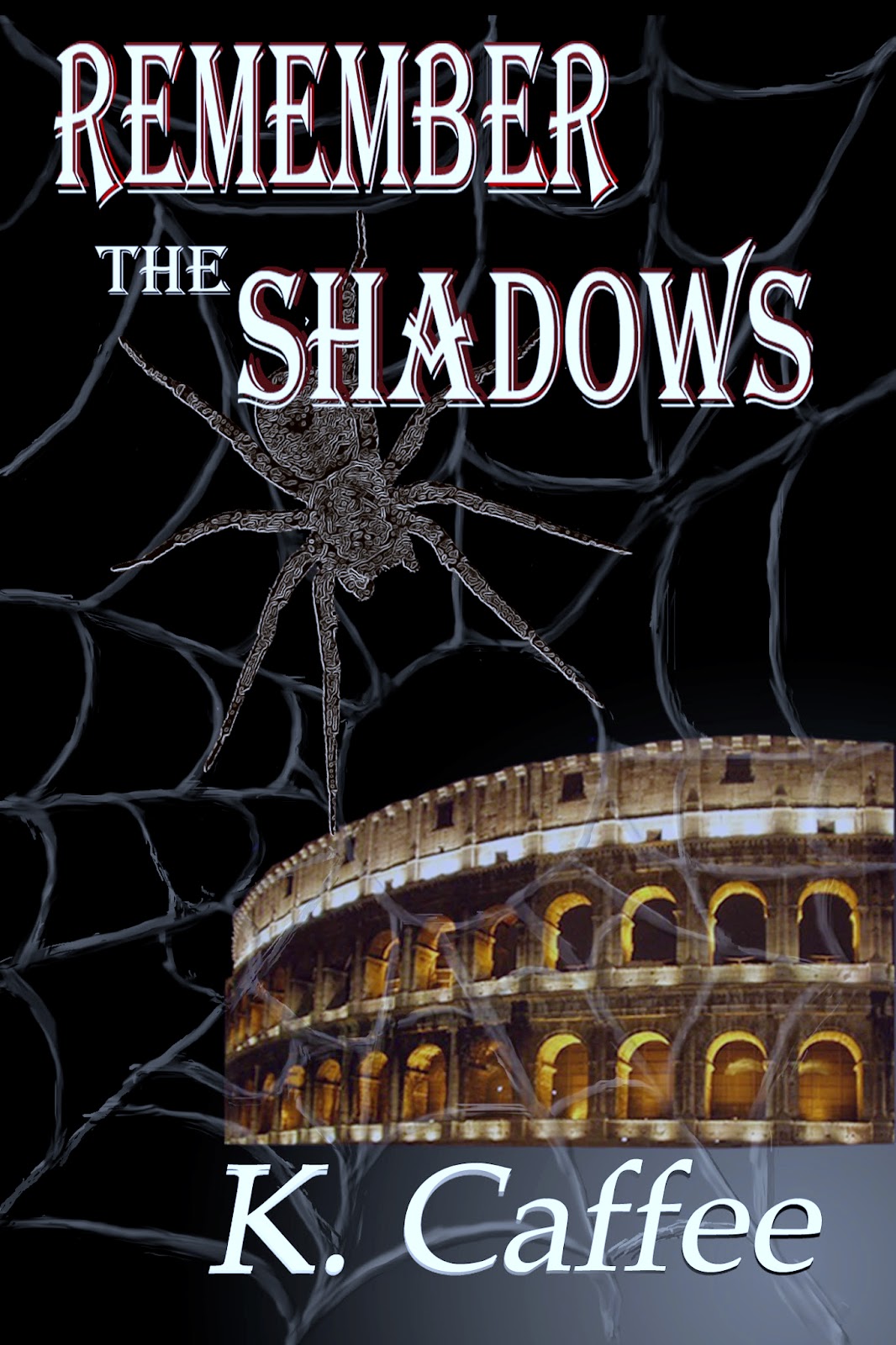 Followers of Torments:  Book 1 - Out of the Darkness
Nameless was orphaned at birth in the cells of the Melkreschen gladiator pits. He struggles to learn the skills needed to prosper under his trainer, and to survive the bloody combat, where success means living another day and failure means death. Offered to the dark goddess of the realm, the Web Mother accepts him as one of Hers. Living by her sufferance, he strives towards freedom and survival. If he wins his way to freedom, will he remain Her living avatar or will he seek to become his own person?

Followers of Torments:  Book 2 – Remember the Shadows
Nameless made a mistake with his freedom - he started a war he could not win. Exiled, this time by the Matriarchs of the Realm, he seeks to regain the prestige he squandered. To honor his goddess and fulfill the promise he made to his Silk, he must leverage the wins from his single fighter into a political force that cannot be ignored. The only question: Will this be enough to succeed, or will he be forced to leave the Realm entirely?

Email ThisBlogThis!Share to TwitterShare to FacebookShare to Pinterest
Labels: K. Caffee, Out of the Darkness, Remember the Shadows