Contest: An Airship and Zen in the Art of Writing 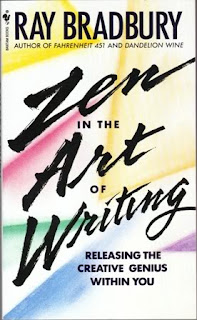 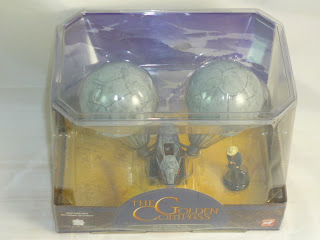 It’s Monday, you know what that means. Time for the Writer’s Lens weekly contest. Yay!

You can win a prize any writer or reader would love, The Golden Compass Lee Scoresby’s Airship collector’s toy model in die cast metal. Yes, your very own airship. A very small one. And a paperback edition of Ray Bradbury’s Zen In The Art of Writing. Two prizes, both go to one lucky winner.

The 2007 film The Golden Compass is an adaptation of the children's book of the same name by Phillip Pullman, the first book in His Dark Materials trilogy, which also includes The Subtle Knife and The Amber Spyglass. Actually, in the UK the book is called Northern Lights rather than The Golden Compass. This model airship makes a great Steampunk collectable to display on your bookshelf or your desk.

I have loved Ray Bradbury's books and short stories since I was thirteen and he his has been a great inspiration to my writing. Zen in the Art of Writing is a collection of essays by Ray Bradbury of how he developed his unique writing voice and style. It describes the development of an author's voice in a way that I've never seen a book do before. I believe in authors writing from the heart and developing their voices and own styles regardless of what's hot on the market at the time. Writers, aspiring writers, and also any readers who would like to understand a bit more of where Ray Bradbury's wonderful stories come from will love this book.

To enter the contest simply leave a comment or question on The Writers Lens Blog between October 10th, and midnight October 15th, 2011. Please include your email so we can reach you if you win. The more comments you leave, the greater YOUR chance of winning the contest. The winner will be chosen after midnight on Saturday and the announcement made on Sunday, October 17th. If Blogger isn’t working, you can email me personally with your comment and I’ll add it to the Blog.
Email: CelticRomanceQueen@gmail.com
Posted by cornelia amiri at 11:30 PM