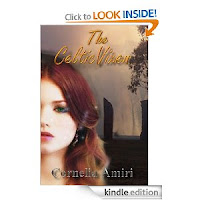 Cornelia Amiri
The Celtic Queen
"Sharpen your Swords.
Find your Courage.
Prepare to lose yourself in Passion and Myth."

I am proud to introduce Cornelia Amiri, The Celtic Queen, and another contributing author at The Writer’s Lens.

The first novel I read by Cornelia Amiri was The Fox Prince, now rereleased as The Celtic Fox. Very few historical authors draw me into the stories and the culture the way Cornelia Amiri did. It was like I was actually living in this time period – her knowledge of the time period and her skillful writing puts her at the top of the list of My Favorite Authors. 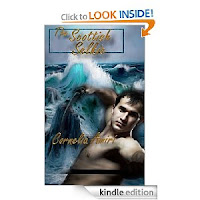 Question: You've written about more than one historical time period; including Celtic Historicals, Ancient Egypt, Steampunk, and even about Woodstock in the 1960s. What is it about these time periods that you found fascinating?
Cornelia Amiri: "As far as what I like that connects all three is the art. Of course Woodstock was all about music told stories and conveyed hopes and dreams. Music was key to the Celtic Culture also. Bards were part of the religion, included in the Druidic order. They didn’t have a written language so their history and beliefs survived through the oral tradition of songs and stories. Visual art was of utmost importance to the ancient Egyptians, there writing was based on it. They told stories and conveyed hopes and dreams with their art. The decorations on the tombs and the artistic amulets included in the mummy wrappings helped guide the dead to the afterlife. All three cultures, the Celts, the Egyptians, and the hippie culture had an emphasis on art that told stories, and shared hopes, and dreams. They embraced art with their minds, hearts, and souls. As someone at Woodstock would say, that turns me on, I dig it." 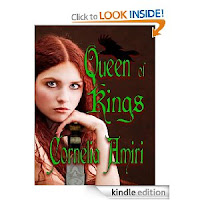 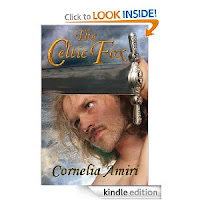 Question: Historical fiction takes a lot of research, do you have any favorite online resources?
Cornelia Amiri: "Here are some:
Pictish Nation http://halfmoon.tripod.com/
Tam Bo Cualgne http://adminstaff.vassar.edu/sttaylor/Cooley/
The Mabinogion http://www.mabinogion.info/
Ancient Egypt for Kids (it’s for kids but adults like it and use it too) http://egypt.mrdonn.org/
The Megalithic Portal http://www.megalithic.co.uk/
Question:  What are your favorite writer's manuals?
Cornelia Amiri: "I love Ray Bradbury’s Zen in the Art of Writing and I also like Creating Character Emotions by Ann Hood."
Question: You've written quite a few books, which one is your favorite - and why?
Cornelia Amiri: "I love Druid Quest because it’s about Boudica, who is my favorite all time historical character. The Celtic Warrior Queen, Boudica, is the reason I began writing seriously. I love history, and in reading a book about the dark ages, I came across Boudica. I was so inspired, I started jotting down notes, but they were fiction (it-must-have-happened-like-this type). Before I knew it, I had written a novel. I thought, gosh I can really do this. So after accidentally writing that novel, I wrote one on purpose which was my first published book, The Fox Prince, which has been revised to The Celtic Fox, now available on Amazon.com's Kindle for only 99 cents."

For more information about Cornelia Amiri visit her website: http://celticromancequeen.com/

For more information about Cornelia Amiri's books go to Amazon
Posted by Diana at 8:50 PM