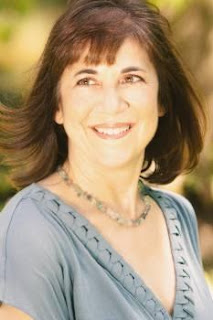 I would like to introduce our readers to T.W. Fendley. Her debut novel is due out . . . why don't I let her tell you:

Your debut novel, Zero Time, has just been released by L&L Dreamspell. What was the driving idea behind the novel? By now, many people know that the Mayan calendar (the Long Count) ends on Dec. 21, 2012. Is that a time of catastrophe on Earth or one of ascension? What could ancient Mesoamericans have known that we don’t, and how did they come to know it? Through the Association for Research and Enlightenment, I learned what the “sleeping prophet” Edgar Cayce said about 2012 and the Pleiades. I was also fascinated by quantum physics and Gregg Braden’s concept of the divine matrix. Adding these to the rich legacy from Mesoamerica cultures gave me inspiration for the path I eventually took in my historical fantasy novel. The Mayan calendar became the timeline for an expedition to save Pleiadians from extinction and our own world from an unending cycle of war, pain and poverty.

When did you start writing Zero Time? I first got the idea in 1997 while researching story ideas at the Clarion Science Fiction and Fantasy Writing workshop. My imagination ran wild as I read about the Mesoamerican culture, mythology and archeology. It quickly became apparent the story I wanted to tell would need to be a novel. For a decade I spent more time doing research than writing. I took courses, read a lot and even went to Mexico and Peru to see the ancient sites.

What is Zero Time about? It’s the story of the relationships between mothers, daughters and sisters, with time-traveling Great Serpents and Mesoamerican mythology mixed in. Told from the perspective of two women, it brings together a quest for a cure for a genetic malady with a woman’s experience of coming into her mystical power. Here’s the blurb: As Zero Time nears, only Keihla Benton can save two worlds from the powers of Darkness. But first she must unlock the secrets of Machu Picchu and her own past.

In 2007, you decided to write full time. How easy was it to take the leap of faith from steady paycheck to full time writer? I wasn’t so daring. I had just reached my company’s minimum retirement age with 20 years of experience when I applied for a job swap with another employee whose job was being abolished. It was approved! She took my job, and I quit with a (decreased) pension and health insurance intact to pursue the writing career I wanted. A win-win solution for both of us!

What drove you into the field of fiction? I give a lot of credit (blame?) to my boss. During an annual evaluation back in the 1990s—I was a communication manager at the time—my boss said I needed to be more creative. Getting accepted to one of the nation’s top sci-fi and fantasy workshops dispelled that misperception pretty quickly. Actually, I’d already been taking a few writing and watercolor classes because I needed an outlet for pure imagination that you just don’t get in corporate communications or journalism (no matter how creative you are). It felt a lot like returning to the “true me” of my youth. About this time, a co-worker invited me to join a fantastic group of women—the Crescent City Writers. They inspired me to pursue my interest in writing fiction.

Did you have to find that you had to change your writing style when you started to write fiction? Yes, and I’m still working on it. I tend to be very straightforward and give the summary first. Like now. J To write fiction, you have to know about points of view, story arcs, characterization and motivation, conflict, world-building and showing-not-telling. Thankfully, some things carried over. My love for research helps with writing both fiction and nonfiction.

What is the latest project you are working on? What is it about? My young adult contemporary fantasy novel is now in the hands of a few Beta readers. In Acceleration, two teenagers who telepathically receive messages encoded on engraved stones by an ancient race find themselves tasked with proving humankind’s worth when the First Men return. Oh, and there’s a Peruvian dog named Boss Lady who helps.

If there was one piece of advice that you could give those writers who are still working to break in, what would it be? For me, pitching to agents and publishers at a writers’ conference made all the difference. I’d been sending out queries and getting nowhere, but after five minutes of face-time, I got requests from two agents (one partial, one full) and interest from a publisher that led to a small press contract. Just keep trying different things until something works for you!

The Writers’ Lens is about Bringing fiction into focus–what brings your writing into focus, the characters, the stories, the love of words? The philosophy or motivation behind the stories is what brings the work into focus for me—that keeps the characters and the action moving in the right direction. With my novel, Zero Time, it’s all about the creative power of love.