From the Crime Writer’s Library—Killer Instinct 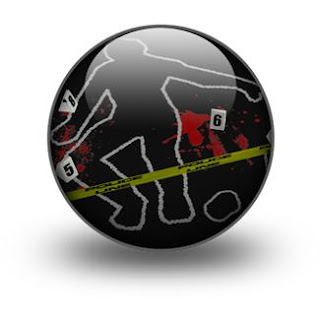 In the past, I have taken down a book from one of my ever-growing library of books on crime and the criminal sciences. Today I pull down a video series that I find just as informative and useful as any of the books.  It is Killer Instinct.  This was a reality television series on the Cloo cable television channel. Unlike many shows who share the title “reality television,” this actual was the real thing. It was a true crime series starring on of the FBI’s leading—actually former supervisor agent—Behavioral Analyst (the public call them Profilers) as he walked the audience through thirteen real cases.  Behavior Analyst do not only become involved in serial murder cases, but in cases where the local police have become baffled and need a fresh set of eyes and a different view to look at it. As the tagline for the show goes:  “  . . . I analyze crime scenes from a unique perspective—inside the mind of the killer.”

Cloo described the series as: “Prepare to enter the mind of a killer with the new criminal profile show that will take you inside the heads of some of America’s most brutal, surprising and unpredictable criminal cases.  Each week we will follow host Mark Safarik, a former FBI Profiler and one of America’s foremost authorities on criminal behavior, as he takes us through a past case in fascinating, forensic detail. Each episode will be an intriguing look in criminal behavior and the thought processes that go on behind the scenes of a crime. Full of surprise suspects and sudden revelations, viewers will discover that nothing is as it first appears…when you have a Killer Instinct.”

When I watched this show for the first time, I was scrambling for my notebook.  Between all the times I viewed it, I have filled more than one large notebook with notes. If you are interested in seeing a little more on this series or learning more about Mark Safarik, I will put a list of links after this blog. While Cloo has canceled the show, you can find it on Cloo and the Bio channel.

If you wanted to view this series, you can find it on Amazon and on Itunes.  Sadly, I was unable to find it on Netflix—so, yes I bought it on Itunes.

Do you have a reference book you like to use for your crime research?  Don’t be shy. Please share the title, author and why in the comments.  I will take a look at it and I may include it in a future From a Crime Writer’s Library post.

Thank you for reading and please visit www.davidalanlucas.com and www.thewriterslens.com. You can also follow me on twitter @Owlkenpowriter and the Writer’s Lens @TheWritersLens. Fiction is the world where the philosopher is the most free in our society to explore the human condition as he chooses

List of links:
Facebook page:  https://www.facebook.com/killerinstinctshow
Behind the Yellow Tape Interview with Criminal Profiler Mark Safarik: http://www.blogtalkradio.com/behindtheyellowtape/2012/01/14/interview-with-criminal-profiler-mark-safarik
Cloo Station website about Killer Instinct: http://www.cloo.com/series/killer_instinct/
If you search on YouTube, you will find more.
Posted by Unknown at 9:28 AM