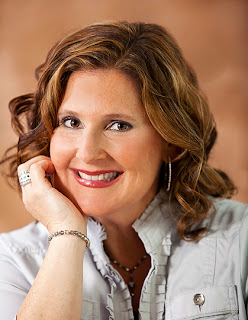 Known by readers as the “Jewish Erma Bombeck,” Ellie S. Grossman considers herself a stay-at-home mom who never stays home. She is also the author of Mishegas of Motherhood. Raising Children To Leave The Nest…As Long As They Come Home For Dinner, which is a collection of stories that combine domestic satire with Jewish wisdom that applies to all modern families. Her award-winning writing has appeared in newspapers and magazines across the country and blogosphere. She was featured in the St. Louis Jewish Book Festival, which is the largest literary event of its kind in the country, and continues to speak at various organizations and events. In addition to writing a blog “Mishegas of Motherhood,” she is a director/producer of Listen To Your Mother, www.listentoyourmothershow.com, which is part of a national movement to give motherhood a microphone. As one of 32 cities across the country hosting the show, St. Louis’ second annual live stage performance is held over Mother’s Day weekend and gives a voice to writers in the community with proceeds benefiting a local cause.

What brings your writing into focus-- the characters, the stories, the love of words? Words are very powerful, and when they string together perfectly, it’s like a song. In fact, the easier the story is to read, usually the harder it is to write. If my words connect with the reader in a personal way, my mission is accomplished. When I write non-fiction, I try to keep it real and write from the heart. When I’m working on a children’s book and write in the voice of another character, I try to put myself in the shoes of the young reader. What story and words will engage their minds and hold their interest? The words have to be rhythmic and purposeful because often an adult is reading the book to a child. Not only that, kids are smart and imaginative.

What do you think readers will like about your book? Mishegas of Motherhood is entertaining and enlightening. The stories make you laugh, but also make you want to learn. Even though the theme is mostly Jewish, parenting is a universally appealing topic, no matter what your religion or non-religion is. Raising children is the hardest job of all, and the most rewarding one. Laughing at ourselves makes the journey a little bit easier.

Would you share a bit about your next project? I’m very excited about my current children’s book writing endeavors. The first one is based on the life of a famous Olympic athlete, who has overcome many obstacles throughout her life to be a champion track and field sports hero. Her childhood story will inspire young people to work hard, overcome challenges, and follow their dreams. The other children’s book series that I’m working on carries a similar motivational message, only the voice is a three-legged dog named Marshall. The true story of this lovable rescue dog is being made into a major motion picture and teaches children to believe in miracles, as well as promotes anti-bullying, acceptance, and tolerance in a way that only an animal can.

What's your favorite way to interact with fans/readers? Of course, meeting people face-to-face, networking, and interacting with the community is always a good way to build a relationship with readers. Social media is another necessary way to stay connected and inform people of my book signings and other events, while learning tricks of the trade from other authors. As a blogger and speaker, I have an opportunity to get to know my readers and keep my writing current and fresh. 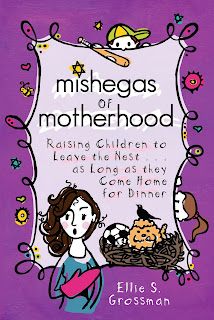 MISHEGAS OF MOTHERHOOD: This collection of parenting humor essays is written in the tradition of Erma Bombeck with a Jewish twist. MISHEGAS OF MOTHERHOOD is guaranteed to tickle the soul with topics such as, “Answering The Big Question: Is There A God?”, “Everything I Need To Know I Learned From My Dog,” “Chocolate Makes Everyday Sweeter,” “Planning A Dream Bar Mitzvah Can Be A Nightmare,”  and “Teen Brain Baffles Parents.” Her chapter on “Jewish Girls Don’t Camp” inspired a webisode on the Internet-based sitcom “In The Motherhood,” starring comic actress Leah Remini.

Mishegas of Motherhood is available at: