Margo Dill -- Watch Out for Overwriting: Once is Enough!

How many times do you need to tell young readers important facts in your novel? Or even how your character is feeling after a major event? The best answer is probably only once—kids and teens are smart—sometimes, we don’t give them enough credit, which can lead to overwriting.

Overwriting is when you tell and retell, and then even show (and maybe even retell again), a character’s emotions or a reaction to an event. Overwriting tends to slow down the pace of your novel and bore readers—some readers may even be offended that you feel like you have to tell them so many times the important points of your book.

Beginning children’s novelists and picture book writers can really struggle with this before they get to know their audience well and put trust in them. These young readers will figure out plot points and character emotions without being told again and again. Think about this: if you handed a fourth grader a new smartphone and handed the same smartphone to his mom, who do you think would figure out how to use it first? When young readers and teens are interested in a story and love characters, they don’t need overwriting to understand the story. Picture book readers have the text and the illustrations to help tell the story. Trust them! They’ll get it. 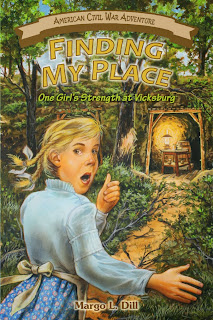 Here’s an example of overwriting from my own writing. I use the characters from my middle-grade historical fiction novel, Finding My Place, set during the Civil War’s Siege of Vicksburg; but hopefully, I do not actually do this in the novel. (although the draft probably had passages like this or worse!)

Anna didn’t think she would last another minute living in a cave. She hated the cave! Her brother and sister detested it, too. Her brother said, “I hate living here.” Her sister cried every time they went into the cave. Anna felt nauseated when they entered the cave to sleep. She felt sick to her stomach when she lay on her mat. What was she going to do? How could she help her sister and brother? She didn’t know what to do. She hated the cave.

When trying to overwrite in this example, it was easy for me to do; but you will be amazed once you think about overwriting and how many times you may do this in your own work-in-progress—accidentally. Has anyone ever written something like: “She felt sick to her stomach. She was nauseated,” like in the above example? I find myself taking the same idea and wording it in a different way—or saying the same thing in my dialogue and my dialogue tags, such as: Martha felt horrible about lying to her parents. “Why did I lie?” she said to her brother. “They wouldn’t have been that mad. My stomach is killing me.”

In picture books, writers hardly ever have to tell readers how a character is feeling because the illustrator can show this. Sometimes for the sake of rhythm or explaining a concept, an “emotion” sentence will be included. But this should be the exception, rather than the norm.

I’ve overwritten more times than I can count—and I hope I catch these overwriting spots in my revisions or with the help of my critique group. Most of us tend to overwrite in the first draft. When we’re working on word count or exploring the emotions of our characters, we get wordy and repeat ourselves (as well as forget to show and not tell). The great news is that revision is the place to concentrate on fixing these simple and common mistakes.

When you have a spot where you think you’re overwriting, then choose the strongest image or the least wordy one or even the example where you do the most showing instead of telling. Most of the time, you only need to tell a reader ONE TIME about an event or a character—unless you’re repeating words or phrases on purpose as a literary device.

One spot to really watch for, especially if you have an exciting YA novel or a middle-grade mystery: you write an action scene for readers to read and then a character is asked about it in the novel. The character SHOULD NOT retell the entire story. For example, let’s say one of your characters witnessed a convenience store robbery when he was buying a candy bar. He talks to police after the robbery, but all readers need to know is something like this:

After Officer Davidson asked Rob what he saw, he tried to remember as much as he could. Did he see the face of the guy? Rob told the officer what he heard and what the guy had on, but that’s all he could come up with.

Remember, readers are with you, and they get you. You don’t have to tell them too many times—so, I’ll stop now, too. 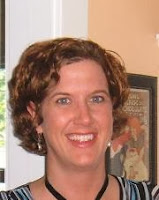 Margo L. Dill is the author of Finding My Place: One Girl’s Strength at Vicksburg, a middle-grade (ages 9 to 12) historical fiction novel, and upcoming picture books, Lucy and the Red Ribbon Adventure and Maggie Mae, Detective Extraordinaire, and the Case of the Missing Cookies. To find out more about Margo and her books, please visit her blog at http://margodill.com/blog/.

This is T.W. Fendley. You can find out more about me and my books at www.twfendley.com. Thanks for reading and commenting on The Writers' Lens.