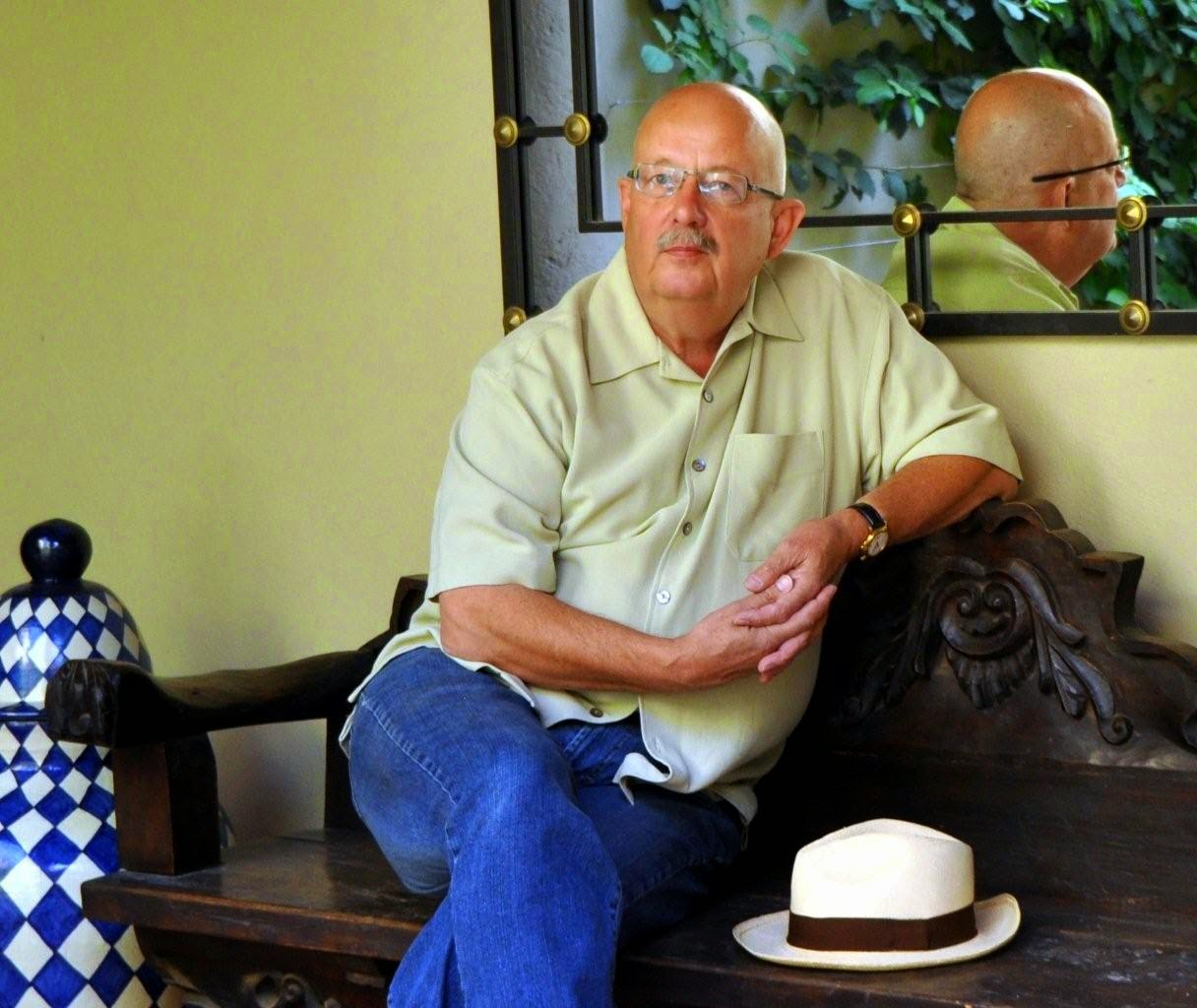 Welcome to John Scherber, a Minnesota native, who settled in México in 2007. He is the author of twelve Paul Zacher mysteries, (The Murder in México series), set in the old colonial hill town of San Miguel de Allende, as well as his three award-winning nonfiction accounts of the expatriate experience, San Miguel de Allende: A Place in the Heart, Into the Heart of Mexico: Expatriates Find Themselves Off the Beaten Path, and Living in San Miguel: The Heart of the Matter.  In addition, two volumes of the Townshend Vampire Trilogy have appeared, and a paranormal thriller titled The Devil’s Workshop.

His work is known for its fast pace, irreverent humor, and light-hearted excursions into the worlds of art and antiques––always with an edge of suspense. Neither highbrow nor lowbrow, his books are written as entertainments and dedicated to the fun of reading. While he has acknowledged being no single one of his characters, he also admits to being all of them.

What brings your writing into focus-- the characters, the stories, the love of words? My mysteries and thrillers are always character driven. I start with a specific beginning that gets the book launched into the action as quickly as possible, but soon the characters are up and moving around and talking on their own, and they increasingly dominate the action, moving it along in their own direction.

What inspired your latest book? Terrorism is a subject on everyone’s mind from time to time, certainly since 9/11. Although the jihadists often prefer small explosive devices, I have for several years thought that the ideal device would be a disease-bearing organism. Metal detectors would never pick it up, and it could be carried in small containers. Early in 2012, I started a novel about a fictional attack on the US using a variant of the tubercle bacillus. By the time I finished it in the summer of 2014, I found that between ISIS and ebola, the headlines were doing my promotion for me.

What do you think readers will like about your book? I think they will appreciate that this book, titled, Beyond Terrorism: Survival, is not some typical formulaic CIA gung-ho shoot out. It’s the story of two people, a very unlikely couple, thrown together on the road as they try to flee the first wave of the attack. The characters are human and relatable, and their dilemma draws the reader in as she imagines herself in that predicament. The government is locked in its usual party conflict and can’t come up with much assistance. The question becomes this: In the absence of real help, what are we able to do for ourselves, and how far are we prepared to go? No easy answers can be found.

What's the highest compliment someone could make about your writing? “I felt I was living your story as I read it.”

Would you share a bit about your next project? My next project is the thirteenth book of my Murder in Mexico mystery series. It has the same set of three core characters as the other twelve. This one is titled, Uneasy Rider, and it’s set in the equestrian country around San Miguel de Allende, Mexico, where I live. It’s the scene of big money, expensive properties, headstrong women, and championship horses. It’s a volatile mix. 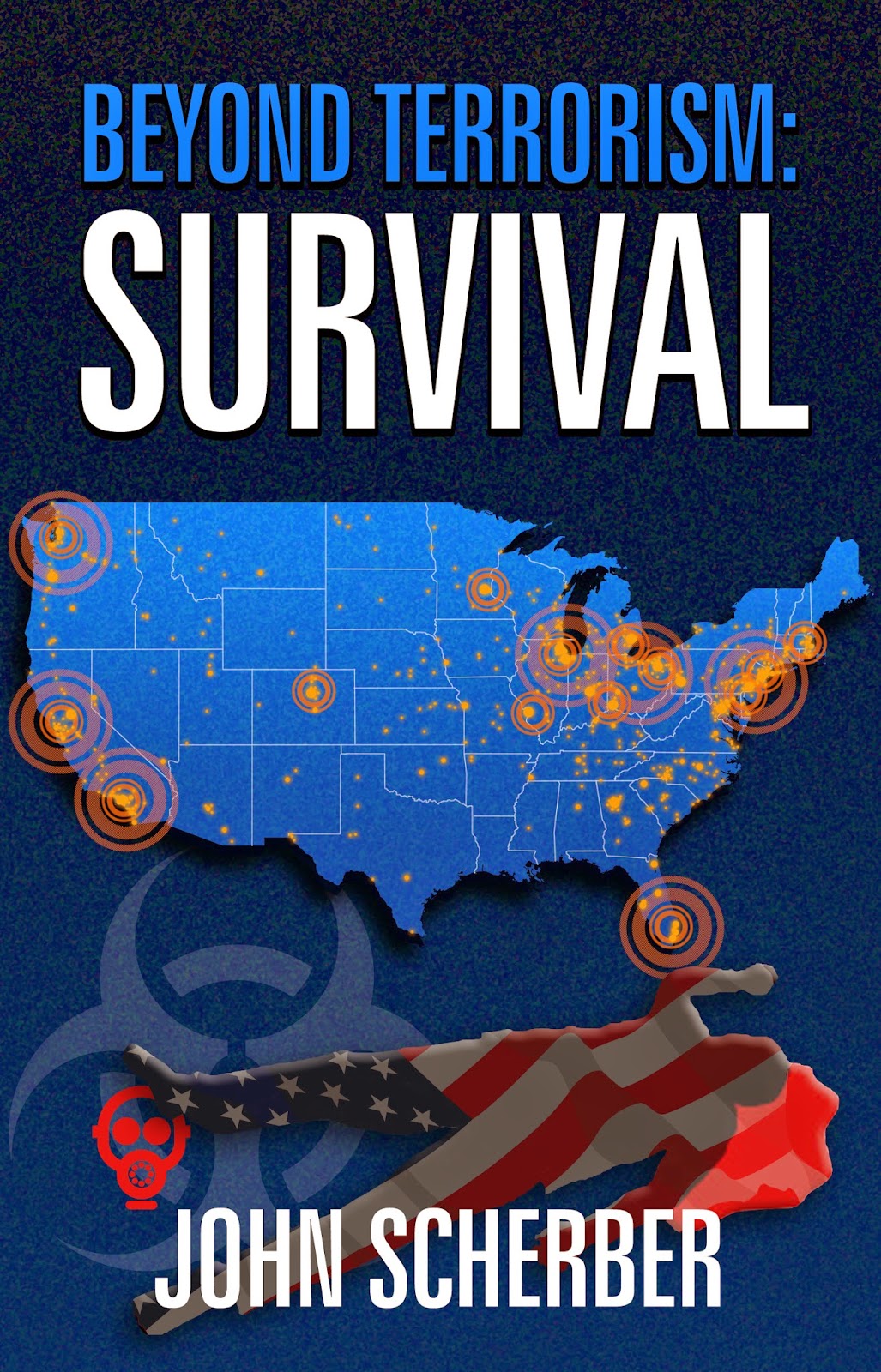 Jihad in America travels on the wind.

While a nuclear terrorist attack is unlikely, in a bioterror epidemic, the genetically engineered plague is invisible. Our borders are vulnerable, metal detectors are useless, even as ISIS, the Islamic State, raises its menacing black flag in Syria and Iraq.

It travels from person to person, from friend to friend or family member. A cough or sneeze is a lethal weapon. It’s not just ebola anymore.

You yourself may be the one to infect your loved ones.

What if the gridlock of party conflict causes government collapse, as it’s unable to move beyond constant jockeying for political advantage while people die by the millions?

What if only the people themselves can redeem the future? But where is mutual trust when every day is a struggle for dwindling resources?

Could the answer lie in our shared humanity? Does our real strength lie in our connection as individuals, and not in our institutions? Read the story of two unlikely strangers who found a way to survive the apocalypse, the deadliest terrorist attack in history, and made a new life for themselves in a recovering world.

You can find BEYOND TERRORISM: SURVIVAL at:

It's also available in Nook, Kobo, and iTunes Store editions, with links on my webpage: www.sanmiguelallendebooks.com