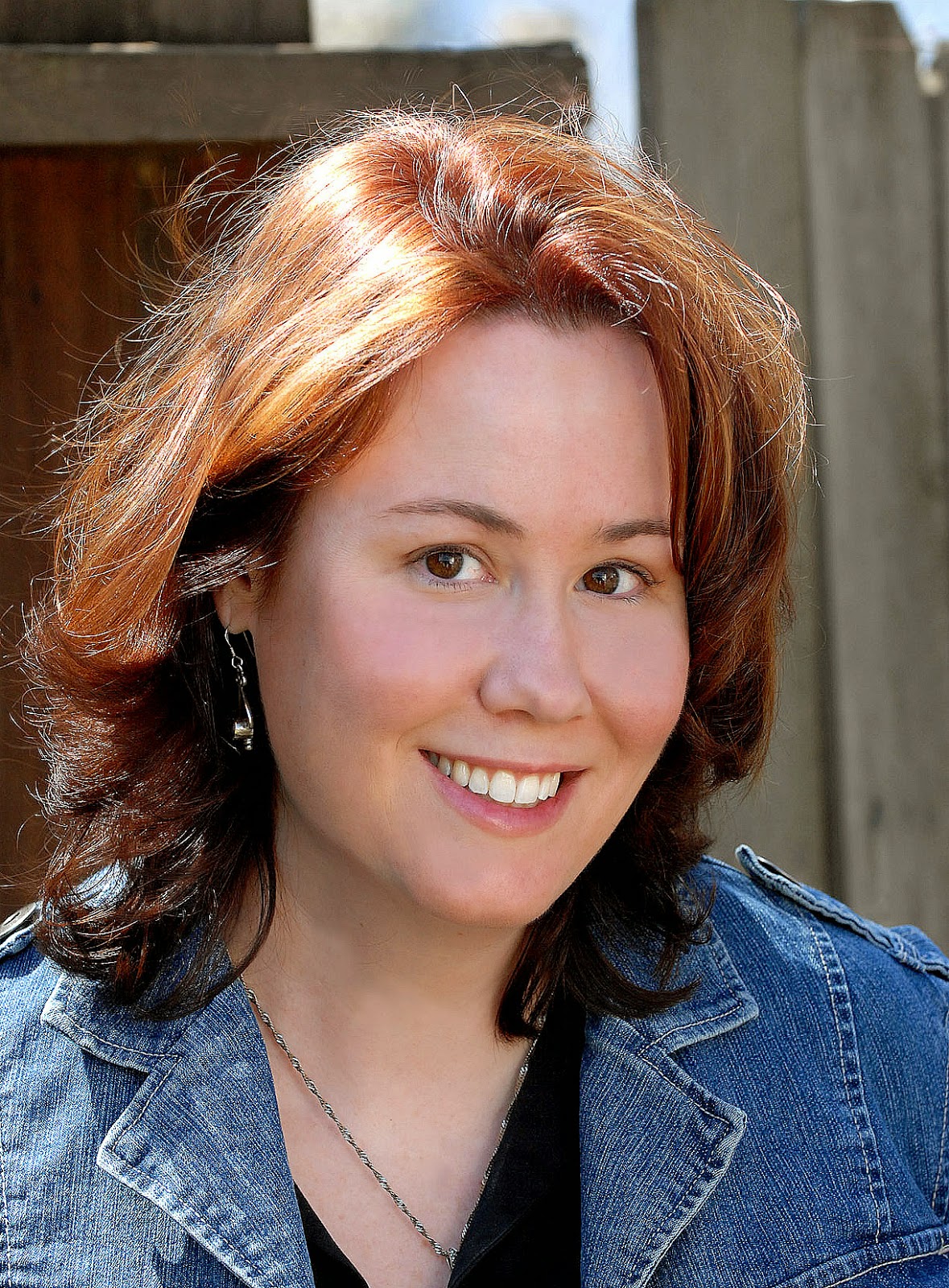 Welcome to ANGIE FOX, the New York Times bestselling author of several books about vampires, werewolves and things that go bump in the night. She’s best known for the Accidental Demon Slayer books that follow the adventures of a demon slayer and her Grandmother’s gang of biker witches. The first book in that series, The Accidental Demon Slayer, is available for free right now from your favorite e-book retailer. Also be sure to check out www.angiefox.com

What brings your writing into focus-- the characters, the stories, the love of words? For me, it’s the characters and the basic idea of their world. Then I put pen to paper. I like to know where the story is going, but not too much because when I’m having fun, that’s when the story itself takes on a lot more energy.

With The Accidental Demon Slayer, I started with a kernel of an idea that amused me. What if a straight laced preschool teacher suddenly learns she’s a demon slayer? And what if she has to learn about her powers on the run from a fifth level demon? Ohhh and wouldn’t it be fun if she’s running with her long-lost Grandma’s gang of geriatric biker witches?

I started writing and let the story evolve based on the characters and that central issue of what happens when a reluctant heroine is thrust into a series of extraordinary situations. I knew the story was working when I couldn’t wait to get back to the keyboard every day.
What makes your book/characters unique? I wish I could say something profound here, but really, I just tend to write what makes me smile.

For example, when I sat down to write The Accidental Demon Slayer, I had no notes about a sidekick for my heroine. But in the second chapter, when Lizzie learns she’s a demon slayer and there are some very scary, very angry creatures on her tail, she takes comfort in her dog. As I was writing, I thought, ‘This is a sweet moment. Now how do I throw her off?’

I made the dog say something to her. Nothing big. After all, he’s only after the fettuccine from last week. And he knows exactly where Lizzie can find it (back of the fridge, to the left of the lettuce crisper, behind the mustard). It amused me, so I did it. Thanks to her unholy powers, Lizzie can now understand her smart-mouthed Jack Russell Terrier.

How do you find time to write/what keeps you going as a writer? The key for me is to have that certain time, every day, when I sit down and write. Sure, the laundry may be piling up and I should return my mom’s phone call (sorry, mom), but not during writing time. Giving myself the space to create is important. My brain is trained to know when it’s writing time.

Also, I think you need to give yourself the permission and the freedom to make the story as big as you can. I had a lot of trouble with this one initially, because it was a hard concept to get my head around. I had to push my writing to a level I had never gone to before. My characters had to take bigger chances, have more to risk and lose. It’s easy to say, but a hard thing for a writer to do. It’s a vulnerable, risky place to be. I knew my story was big enough to sell when instead of ending my writing sessions thinking, “I hope that’s good enough to impress an editor.” I ended them thinking, “No. I didn’t not just write that. I did not just make my character defend herself with a toilet brush and a can of Purple Prairie Clover air freshener.”

What are the benefits and dangers of being a hybrid author? The benefits are huge. I like having a series I own. I can schedule my own deadlines, write the exact story I want to tell, hire the same level editor I get from my NY publisher, work directly with the cover artist who does all my NY books. I can turn the books around faster, which makes my readers happy, and I earn more money per book, which is important because I write full-time for a living.

As far as what to watch? It’s a matter of keeping the lines of communication open. I can’t have an indie book competing with any of my releases from St. Martin’s/Macmillan, (nor would I want that) so I space the indie releases in between my traditional releases. I keep my editor up to date on when my author-owned books are coming out, and I assure her that I’d never miss one of my traditional deadlines because I’m busy with a different project. The key is communication and respect. I also like to point out to my publisher that when they see an unexpected surge in sales, it’s usually at the exact same time when I’m releasing an indie book. They like that.

What's the highest compliment someone could make about your writing? You made my weekend more fun, or you helped me forget about my crazy job, my crazy kids or my crazy mother-in-law. I want to write books that make people smile and take them out of daily life for a little bit.

Fill in the blanks: Writing/Editing books is like alligator wrestling.  You never know if you’re wearing steak for underwear.

Name a book that you wish had a sequel (or another sequel) and what kind of story you think that literary remix would tell. Pride and Prejudice. I’d love to see what happens to Elizabeth and Darcy.

Not every idea is a winner. Written or not, what’s the most ill-conceived story idea you’ve ever had? Oh, I had this idea about a hair salon in hell. One of those 3:00 a.m. revelations that seemed so brilliant at the time.

What tune/music could be the theme song for your book? The Monster MASH by Bobby “Boris” Pickett

If you could meet one of your characters, who would it be and where would you meet? I’d love to ride with any one of the biker witches from The Accidental Demon Slayer series. They’re a hoot.

Newly anointed with demon-fighting powers and suddenly able to hear the thoughts of her hilarious Jack Russell terrier, a preschool teacher finds a whole new world of dark and dangerous, including a sexy shape-shifting griffin she's not entirely sure she can trust.

THE DANGEROUS BOOK FOR DEMON SLAYERS
Accidental demon slayer Lizzie Brown and her grandma's coven of biker witches have rolled into Sin City to take out a super-sexy succubus who has her eye on world domination-and worse, Lizzie's man.

THE LAST OF THE DEMON SLAYERS
Lizzie Brown would just like to have one normal date. Instead, she gets a towering inferno with a message: her long-lost dad is a fallen angel in danger of becoming a demon. Not good. Especially since she's a demon slayer.

MY BIG FAT DEMON SLAYER WEDDING
Lizzie Brown is about to have the destination wedding of her dreams. Only now it seems one of the guests at the eclectic, seaside mansion is trying to kill her.

BEVERLY HILLS DEMON SLAYER
Demon slayer Lizzie Brown isn’t exactly a diamonds and champagne type of girl. But when an ancient cult becomes the “in” thing in Beverly Hills, she realizes there’s more to it than youth potions, parties, and priceless Egyptian artifacts. There’s a demon involved…and Lizzie’s not on the guest list.

The Last of the Demon Slayers - http://amzn.com/B00AWXYBFK

Night of the Living Demon Slayer – coming May 2015