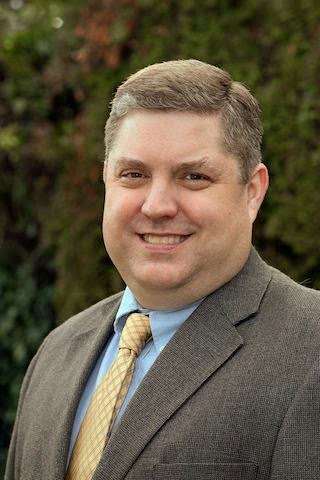 Welcome to Karl Erickson, who has called Salem home since 1996.  He lives on the south side with his wife, two children, and an ever-growing Newfoundland puppy named Chester. While he's been state employee for nearly two decades, he identifies himself primarily in the role of an author and essayist. He's the writer of two lighthearted children’s books: Toupee Mice and Tristan’s Travels. Both are published by Rafka Press.  His wife, Kimberly Erickson is their wonderful illustrator. He also recently completed his first mystery novel (for older audiences), The Blood Cries Out.  The latter tale is set primarily between Seattle and Friday Harbor.   Besides writing fiction, his articles have appeared in a wide variety of publications--from America, The National Catholic Weekly and Seattle Pacific University's Response to a guest opinion writer for both the Portland Tribune and Statesman Journal.  While he also enjoys humorous writing, he doesn't do much on a regular basis. Most recently, Karl has been a featured writer for Catholic365.com.

What brings your writing into focus—the characters, the story, the love of words? Can I say all of the above?  Well, if I had to select one, I’d say that this is a character-driven story. One of the ways I approach writing, in fact, is to complete a broad outline, then let the characters take it from there. Some of my best dialogue, for instance, was not really planned in advance, but it was the result of the flowing interactions between my characters on the page—characters who feel very real to me. The Blood Cries Out is all about its characters.

What inspired your latest book? I wanted to write about a real detective working a case that felt authentic and real itself. Sense of place was also an important component for me. I had a recurring image of my character sleuthing about Washington State’s beautiful San Juan Islands, and I felt this would be a great setting for a mystery. I wanted to explore a character who appeared to have it all together on the inside, but who was an emotional wreck underneath.

Would you share a bit about your next project? I’d like to continue this series of mysteries, but I haven’t made a formal decision on that yet. Right now, I’m having fun exploring a new genre: science fiction horror.  I’m trying my hand at writing something with a very different feel from anything else I’ve written.  It’s important, after all, that people know that I’m more than a children’s author. Making the transition from children’s fiction, though, to an adult mystery is a challenge, and I think it’s important to show my readers that I can always write something new!  This newest piece is tentatively entitled “Alcatraz Burning,” and it will be a short story set in the distant future.

How much fact is in your fiction? Quite a bit actually. I see my job as a mystery author to work the creative within the framework of the real  I researched police procedures extensively for the book, and I personally have walked in virtually every setting contained within my story. Mystery author and Seattle Police Commander Neil Low even gave me a tour of the Seattle Police Department, which was tremendously helpful.

The sixth chapter of the book also details a family’s personal tragedy relating to a massacre from the late 1800s.  That part is a fictional adaptation of a real event that happened to a friend and colleague of mine. His family also found something old and forgotten that implicated the family in a terrible crime in the deep past. I suppose this element really sparked much of the rest of the story, since I did actually begin the novel with the sixth chapter.

What’s your favorite writing accessory or reference? The question reminds me of a photo I have of me from my late teen years. It shows me engrossed writing at my desk. In the photo, I was surrounded by photos, dictionaries, and a Robert Louis Stevenson novel. I think I was trying to write a scene about ocean waves, and I was trying to get the language perfectly. Today, I’d say photos and notes are probably the most important references. I love taking photos, and these are often very helpful in making descriptions of the settings within my stories.

THE BLOOD CRIES OUT: Seattle Police Homicide Detective David Lightholler finds himself on a case unlike any he's faced before.  In the midst of working the darkest double homicide of his career, he unearths violent secrets of his family’s past that promise to haunt him for many years unless he can bring redemption and meaning out of the evil of the past—and present.