Welcome to Renee Gauthier, who lives in Toronto, Canada. After returning to school, she graduated from the Film & Television program at Humber College in the spring of 2015. 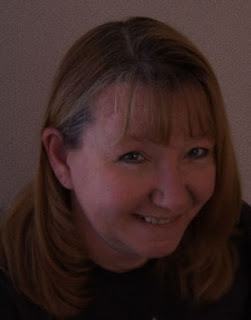 During her years in this program she had the privilege of working on several short films and many commercials with her fellow students making up the crews. She had the pleasure of directing half of these projects and leading her crew to success. She has also taken on many other roles in including Production Manager, Assistant Director and Editor, and enjoys every aspect of the filmmaking process.
She is an author and when she started writing her novel, she had no idea that she would end up at this point… with one book finished and another underway.
Renee won 2nd place in the ‘League for Innovation Student Literary Contest’ for her One Act Play called ‘One Moment’.
Website: http://www.rmgauthier.com/
Twitter: https://twitter.com/Ren071968
Facebook Page: www.facebook.com/BooksbyRGauthier
Amazon Author Page: amazon.com/author/rmgauthier
Smashwords Author Page:  https://www.smashwords.com/profile/view/Ren1968
Goodreads Author Page: https://www.goodreads.com/author/show/14682382.R_M_Gauthier

The Writers’ Lens is about "Bringing fiction into focus." What brings your writing into focus-- the characters, the stories, the love of words? While writing any story the most important element to me is character. They represent everything that is happening or not happening in the story. Characters are the backbone to my stories that are written in a way that makes everything around them appear more important. In fact, while writing my novel, Control (to be released in early 2016), I left out the main characters description purely by accident and it was read by several readers before one finally pointed out that my main character had no description. When I asked the early readers about the main character they all said they could picture her without having a description and that they felt they knew her anyway.

What do you think readers will like about your book? My intention while writing the novella, Longing, was to learn about self-publishing, marketing and growing an audience. The novella itself was my brilliant idea of a free offering to gain some readers that would entice people to read my debut novel. Instead, the novella turned into a wonderful look into the story of a minor character from my novel, Control. His story would have been left unknown, but this novella gives readers the chance to see where he comes from and what motivated him. Releasing, Longing, allowed me to learn a truck full of information about self-publishing, marketing, book design, pricing, growing an audience and many more aspects that make this experience invaluable. 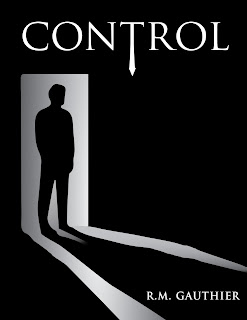 What makes your book/characters unique? At first glance my books and characters seem like normal, regular people, but underneath it all are characters and a story that is nothing what it seems. In my novella, Longing, the story is a minor character from my novel, Control. It shows Leroy's motivations and gives the readers an understanding of his place in the novel. Without the novella, Longing, his background would have remained a mystery. This story also gives readers a little insight to the main characters in the novel. My novel, Control, will provide unexpected twists and turns that have you believing one thing about these characters, but by the end of the novel you'll realize that the entire story is about something completely different.

Is there a different genre or type of book you’d love to try to write? On the backburner of my mind and also a few chapters written, my next novels will be young adult. The story I'm working on will be of a young man who discovers his world is not what he thinks it is and that he is not who he thought he was. Through his journey he will discover his life has more meaning than he ever thought possible. 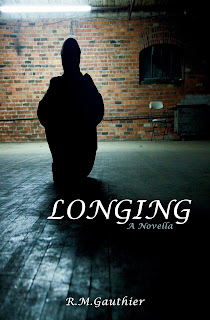 LONGING: Inspired by a character from the debut novel Control, release date in January. This story is an account of a minor character, Leroy from the novel Control, sharing his story of how he came to be involved with the main characters from the novel.
Longing is a novella about two men coming together, one out for justice, the other revenge.

Leroy, returns home after serving 8 years in the Special Forces to discover his nightmare has not ended, but has just begun.
After discovering that his sister has been missing for months,
Leroy sets out on a mission to find and bring her home. Meeting, Landon Miller, exposes Leroy to a world of corruption he had no idea existed.
Longing, published by Starlight Publishing, RRP $5.99 Paperback edition ISBN 978-0-9949489-0-8
Available on Amazon, Kindle, Smashwords and at most book stores as a free EBook.