Learning the Basics of Writing from a Master--Erle Stanley Gardner

Sometimes it is hard to remember that even legends started off on the road with a lot to learn and nothing else but hopes and dreams. Erle Stanley Gardner, the world-famous author of various novels and stories, including the famous lawyer detective Perry Mason, started off at the very bottom of the writer's pay scale — in the wood pulps.  In today's market the role of wood pulp may have changed, depending on which author you speak to will give you a different view on the role of wood pulp magazines nowadays or their electronic versions known as e-zines, but the lessons that Erle Stanley Gardner learned starting off as a brand-new author of mysteries and Westerns and stories of adventure hold true for the authors of today as much if they held true for the authors of his own day. The lessons that he learned he kept in his book he called his "fault book." What were the lessons that he had learned and how did he learn to correct them? 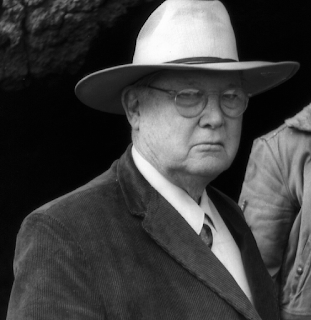 Lesson One: First-person narrative is not an easy way to go.

A notebook entry by Gardner, even after the success of various first-person narrative stories, expressed his concern: "Check up on this — I get better writing in my first-person stories because the characters take charge of things better. Bertha in a taxi says 'Not a damn thing' and drives away. Whereas my characters are too inclined to all act as they should to advance the story — the minute I get them into the third person narrative. Let them take things into their own hands."

The lesson that Erle Stanley Gardner learned can be found in his notebooks.  A mentor and editorial friend of Gardner's once stated that they believed motivation was the key to making appealing characters and awaken the desire which holds the readers enthusiastic interest to the end of the story. His mentor and friend, George Jenkins, chided Gardner on one of the stories that he submitted by saying, "Once again you for conflict of individuals, of villains battling for his own selfish, for sordid reasons, with Speed battling merely to solve a mystery. We appear to lack, in this synopsis, the sympathetic motivation that you had in other stories,...

"By all means have Speed in danger of being shot, stabbed, hung, trapped in the mine, etc., for then our readers will be to see how and if he escaped. They want speed to survive. They want him to survive because they like him, he's battling against crooks, and so on."

Don Moore of Argosy thought the secret resided in a combination of understandable conflict and clarity of presentation:  "The other thing that bothers me in this is that the aims, problems, conflicting schemes, and even the action are so remote, devious, obscure, and cryptic that the story is hard to follow and does not arouse much urge, or suspend in the reader.  . . . . I feel that a conflict over a scrap of paper, no matter how important the treaty, is hardly important enough to warrant a serial."

Harold S Goldsmith at Popular Publications maintained that reader sympathy derived from the principal character's involvement in stories circumstances: "To my mind, character sympathy is built into ways: 1. It is developed because of the trail of a very likable character. 2. It is strengthened in proportion to the opposition that the main character receives."

Thirty or more years later Gardner would reflect this idea in a notebook in reference to a Perry Mason story he was plotting: "Regardless of the market I plan to reach, the Perry Mason story must deal with character conflicts — human emotions and situations which flow out of the relationships, rather than characters used merely to support the situations. Menace and suspense must flow naturally from what the people do and what they do must be logical."

The editorial reactions to Gardner that he received led him into a lifelong study of the problem of how to arouse reader sympathy for his characters. He consulted readers and critics, he read authorities, and he filled his notebooks with observations and conclusions. He worked on this issue until he became a self-made expert.

Lesson Three: Start with the story.

One of the most difficult tasks of a writer is to capture the reader at the beginning in the story. Gardner found, as many other writers and editors, that the failure to do so is one of the most common deficiencies of unsuccessful fiction. An editor of Gardner's identified the reason for one of Gardner's failed stories: "The movies and other things of our hectic life have educated the public the quick reading. You have to catch their interest with the first line and keep 'em moving to the last." This editorial friend cast an ever jaundiced eye at the philosophical openings which so many writers were borrowing from an earlier, more leisurely day of writing. He cautioned Gardner: "It would be a pretty difficult task to interject meditative bits and not slow up the action. However, every now and then, but not too often, it might be done but not at the very opening of the story."

Having learned his lesson, Gardner entered a maxim in his notebook under the heading "Action," which would guide him for the rest of his writing life: "Smash 'em between the eyes right at the start, then brush 'em off their feet, and don't let 'em up until the end of the story."

The watchword the Gardner learned immediately from the wood pulps was "action." The way, Gardner learned this lesson and how it was explained to him can best be seen in three editorial criticisms that he received:

One wrote, "Now I will state very clearly what I feel about Push Over. Throughout, it lacks vitality, and he appealed the grips, sensation and, therefore suspense. You will observe there is movement that no action until page 40."

Another wrote, "I like Barney Killigen very very much. The only fault I can possibly find with the story is that Killigen is off stage so much. We do like to see him follow his mysterious actions a little more than to be told about them after they occur."

In the final example was, "On our last Paul Pry story I was very glad to see that you had injected more action scenes in this particular yarn in your previous ones. Considering the type of reader that is buying Gang War, I think each Paul Pry story should have a goodly amount of action-conflict."

Lesson Five: Putting it all together

Gardner was a trained (self trained) lawyer, and like every good lawyer Gardner prepared a brief of what he had learned. He reduced everything he learned to a single index card which he could pop up in front of himself while he sat at his typewriter. What was on that index card?
"Work on every plot until you have
1. Unusual opening incident
2. Complete character conflicts
3. Some emotional appeal
4. Some unusual slant of characters and situation
5. All stock situations eliminated
Make a genuine reader suspense in which he doesn't know what will happen next and surprised either by
(a) What does happen
(b) the way in which it happens."

Like many good authors, Gardner could not keep his lessons to himself. One of the joys of a writer community is the willingness to share our craft and what we have learned with fellow authors, regardless if they are well published are just starting out. Gardner shared these lessons with other writers. One of his pieces of advice that has been preserved to this day was written to beginning writer and a neighbor of this. Gardner wrote, "The main criticism I have had with your stories was that your characterization wasn't clear and that you wrote the whole thing as though it had happened. The reader wants to feel it is happening. In other words, don't step outside of your plot and write it as history. No one gives a damn about history. Write so that your reader is sucked into this world of the action, build suspense.

"One good rule is to get an attractive hero in the first sentence, get him into trouble in the first paragraph. Have a villain in the second paragraph. Then put in three pages getting the hero in a worse predicament. Have him grasp the solution which gets them out of the frying pan into the fire. Introduce the heroine. Get the hero out of the fire and have him pull the heroine out.

"But the wood pulps want a hero. For the most part they want a manly, young, attractive hero who possesses almost superhuman qualities, either patent or dormant. They want they yarn in the third person for the most part, and they want action.

"Try to write a story without a single cut back. That is start it and have it sweep along, one thing to another, with every single detail told by action. Don't say that the villain is a mean man with a wicked wallop. Show him sliding from his horse in a rage because the animal jerks away from him. Show him swing a terrific fist and crash the horse on the nose. That gives the reader the idea of the wickedness in his wallop. Then when the villain advances toward the hero with double fist the reader gets some suspense because he seemed what happened to the horse. But if you tell the reader the villain is bad and has a mean wallop it's history, and the less history you get in a yarn the better your chance."

Thank you for reading and please visit www.davidalanlucas.com and www.thewriterslens.com. Fiction is the world where the philosopher is the most free in our society to explore the human condition as he chooses.
Posted by Unknown at 8:51 PM