Over the last few months, I have been relearning the methods and lessons that Erle Stanley Gardner, best-selling author and creator of Perry Mason, had learned as I have written this series of blogs for The Writers Lens. It is sad that this is the end of that series, but I will end this with some final advice he had for writers. Before the creation of the Internet, writers struggle their way through the pulp magazines. Those magazines served as gatekeepers. Some of these magazines still exist and there has been a birth of a newer version of them called e-zines. This quirky industry of ours is evolving and I will not even attempt to enter into the debate of the pulp still serving as guardians or not — as I am unsure. What I am sure about is that the lessons Gardner came out of the process with our lessons all of us could learn from. 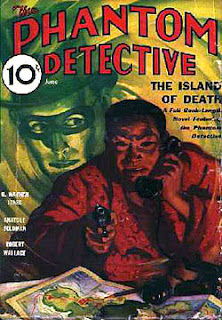 Lesson one: A writer must scratch for his money
Like attorneys, wood pulp writers were paid by the word. Unlike attorneys, they were not paid as well. The amount an author was paid at the height of the Golden age of wood pulps was one the five cents per word. [In case you didn't recognize that price, the amount hasn't changed at all since the 1920s and 30s.] This might lead the reader to believe that authors could pad their stories with extra words. Forget it!
The wood pulps then and now, along with the readers, want a tightly written story. Here is a lesson of writing, publishing and economics that Gardner learned from F. E. Blackwell, editor of Detective Story:
"An editor is just the buyer of a commodity called a story. Of course he tries to buy it as reasonably as he can; for this reason if you can buy is a good story for two cents and another man offers him for three cents, he buys the story for two cents.
"I have always said that just an employee takes his life in his hands when he asks for a raise — so it is with an offer; for, while the employer might give the employee a raise during haying time, he might immediately go out and look for another man — and so when an author is set up on a certain rate, if the editor thinks he isn't worth that rate, but a lesser rate, he'll only my stories worth the money — the others just go back."
Gardner eventually won his argument over why you should gotten a raise, however this argument is a great reminder the writing is a business like any other. Gardner learned that if you want to get paid more you have to work harder and publish more.
Lesson two: Write the Editor a Good Letter
When Gardner began his career as an author, he wrote timid, brief and banal letters to the editors to sell his work. He started by following the age-old advice, which I know I have heard often when growing up, "If you don't have anything to say, don't say it." He learned very quickly that was a fast road to rejection. Gardner was an attorney, writer, and the salesman. So, he became a prolific correspondent with an "ebullient, outgoing approach." In fact, there was one editor who expressed relief that he wasn't paying Gardner per word for the letters he wrote. Guess what? He was, because he was buying and publishing Gardner's stories.
Gardner also broke with tradition that most writers follow regarding letters to the outer. Most writers write a letter and expressing confidence in his work and try to show the editor why a work is brilliant or should be immediately published. Not Gardner. His letters caught the recipient's attention and he seldom wasted time getting to a first name basis. He would write letters to the editors have the time begging them for information on editorial needs, reader information, and he would tell them stories about his adventures in obtaining the research about the story he was pitching. Gardner was honest about his story and how he felt about it when he tried to sell it.
This seems to go against the grain of everything in which I know I have learned in various seminars or classes about trying to sell your work to an editor. However, here are some examples of what Gardner wrote:
"You know, I'm more or less green and again, and I don't know all the rules."
"Dog-gone if I know much about my own story analysis."
"Maybe other writers have my same problem, but are such good liars they don't admit it, or maybe I'm just mediocre."
"I can't judge my own work."
I am not sure what professional editors or agents would say to him today, however Gardner was actually following a primary rule of story writing when he did this. We know, as writers, that our main goal (besides telling a good story) is to obtain the reader sympathy for our characters. Gardner, in his letters to the editors, treated himself as a character and went after the editor's sympathy as the reader. Regardless of what we might think looking back or if this style still works today, he was successful and makes a clear note to the modern writer that when we try to sell our work we should always write a good letter and attempt to obtain reader sympathy with that letter.
Lesson three: Good facts don't make good fiction 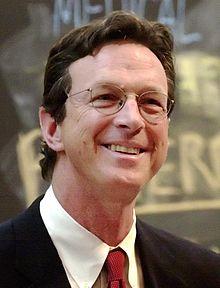 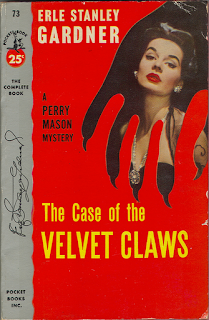 Gardner responded to one such note, reiterating the lesson he learned, "You say that you think the readers would rather be excited that interested, would rather have the emotional appeal to that intellect. In this I entirely agree with you." Many would-be writers often fell short of the audience because they let slick techniques and writing style invade their stories. The wood pulp readers wanted action and story not necessarily beautiful narration or shortened lessons in those stories. In a strange way, it is this lesson that led to the creation of a popular lawyer – detective, Perry Mason. Does this excerpt from a letter written to the editor of one magazine sound familiar? This was written in 1926. Perry Mason would not appear until 1933.
"How's this? A third person series of a lawyer whose sense of justice is a lot stronger than his sense of legal ethics who habitually outsmarts the district attorney, with the action taken from court before readers eyes or, the first person series of a lawyer who is always consulted by crooks, gets into lots of action outside the courtroom and income into court (the reader being familiar with the facts) and drops legal bombshell.
"The only argument against the good legal theories is that they all have to be founded upon some clever trick, some original twist which involves reader thought in order to follow it. I am wondering if your readers don't prefer the type of story in which everything is action and they don't have to think the follow the yarn."
Another way of phrasing this lesson is to remember the story of the Wizard of Oz. The author is a wizard, who stands behind a curtain and does all of his magical things. He must not poke his head out of behind the curtain and get in the way of the action of the story. The writer must know their reader and what their reader is looking for from the story.
Lesson seven: (a final lesson) You can't flout your readers' morals.
Gardner learned that the editor and the agent is a guardian of the readers' morals and beliefs. If they are to remain agents and editors, they have to understand that a reader does not spend money to have their beliefs or prejudices deliberately flouted, even if they are the most militant of liberals who believe that they should be open-minded and listen to things they don't even believe or understand. Gardner found that this was one the most difficult lessons to get across to traditionally "Bohemian writers and crusaders who wanted to display libertine learning or hide messages in their fiction." This does not mean that writers cannot challenge established ideas or prejudices. What Gardner learned is that you can't slap the reader across the face with some issue. 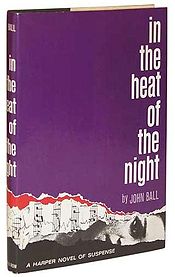 Readers want to identify with the characters. The writer cannot win over reader sympathies by bashing them over the head with what the writers sees as some moral injustice against society. Regardless if the writer is writing about some social issue or if they are just writing a good story and adventure, the telling of the story is like seduction. The writer must get the reader to sympathize with the story. There are many good examples of writers who have challenged the readers' morals and beliefs through proper storytelling instead of using their manuscript like a baseball bat to the reader's head. One good example of this is a novel that was written in 1965, which would be eventually made into an award-winning movie and television series, In the Heat of the Night by John Ball. Another good example was written in 1992 by Richard Price titled Clockers. There are hundreds of thousands of other examples throughout literature, mainstream or genre, and has successfully written about social issues.
Thank you for reading and please visit www.davidalanlucas.com and www.thewriterslens.com. You can also follow me on twitter @Owlkenpowriter and the Writer’s Lens @TheWritersLens. Fiction is the world where the philosopher is the most free in our society to explore the human condition as he chooses.
Posted by Unknown at 8:59 PM