What Makes a Horror Good? 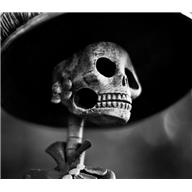 I could ask this question of a thousand “horror fans” and get back at least as many different opinions. One of the biggest reasons for the differences is due to the number of sub-genres of horror. Some horror fans love tales of bloody knifes and slashed, hacked, and mangled bodies. Other fans enjoy stories of vampires, ghosts, golems or other supernatural monsters. A third set enjoy stories of human beings acting in horrific fashion as they commit monstrous acts.

What I tend to write falls into two of these categories: the tales of the supernatural and the tale of human beings acting monstrously. Yet, these categories do not truly define “good horror.” For that we need to look at the works of the genre (short stories, novels, and film) that have stood the test of time and ask ourselves why they have. Some of the common reasons are:

Identification with the characters
This is true for any story, regardless of genre. The characters have to be identifiable and believable. They have to feel like they are real and their fears or hungers shared with the reader. I don’t know anyone who can sanely claim to know the hunger for blood or flesh. These hungers are metaphors for other desires that are tangible to the common reader. They may be the addiction to a drug, suppressed lust, greed or any other dark emotion. They can just be as easily the search for salvation, the sense of being lost in a hostile world, or even the desire not to have to grow up and lose naivety.

Suspense
There are tomes written about suspense. Despite all the volumes of suggestions on how to be suspenseful, it is an art that can only be produced with the foreknowledge of the author as to what kind of suspense is desired.
In a romance story, the suspense is hung on the relationship. In a mystery, it is on the question if the killer will escape justice. Each genre has a foci point regarding suspense. Horror’s suspense focus is on survival, escape, and –sometimes—salvation.

Fear
Fear is critical to a good horror. There should be scenes that engross the reader, seduce them into the story, and send shivers of fear across their bodies. Fear should be used in such a way that the reader feels like they are watching a train wreck as it unfolds. They are helpless to stop it. They want to turn away and cover their eyes, but if they do they are peaking between sprayed fingers in fascination.

Morality
Out of all the genres, horror is truly the tale of morality. How can this be? It is a study into the darkness of man. With great intention it looks upon the painted doll like facade of accepted societal morality and behavior and then pulls the mask off to show the maggots that lurk in rotten flesh just underneath.

There are other common grounds that define good horror, but this makes up my list. I would love to hear from others what might be on their list.

Thank you for reading and please visit www.davidalanlucas.com and www.thewriterslens.com. Fiction is the world where the philosopher is the most free in our society to explore the human condition as he chooses.
Posted by Unknown at 3:00 AM

Email ThisBlogThis!Share to TwitterShare to FacebookShare to Pinterest
Labels: David Alan Lucas, For the reader, Horror, The Writers' Lens, what makes good horror