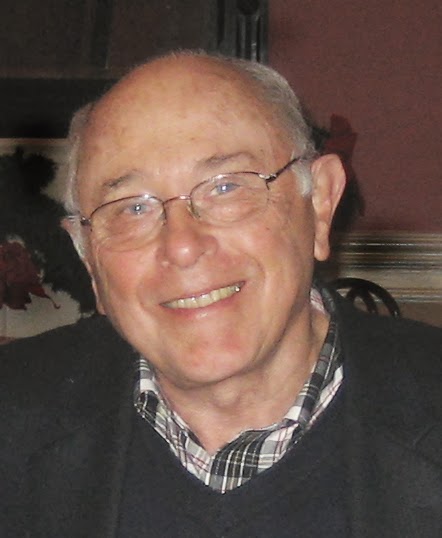 Welcome to Peter H. Green, whom I've had the pleasure to know as a member of the St. Louis Writers Guild board and as an L&L Dreamspell author. Today's a special post, announcing the re-release of his narrative nonfiction account of BEN'S WAR WITH THE U.S. MARINES.

A writer, architect and city planner, Peter found his father’s 400 World War II letters, his humorous war stories, his mother’s writings and their family’s often hilarious doings too good a tale to keep to himself, so he launched a second career as a writer. His first book recounted the often hilarious antics and serious achievements of his dad’s World War II adventure, Seaboard Press, 2005, to be re-issued shortly by Greenskills Press as Ben’s War with the U. S. Marines. His first novel, Crimes of Design, a Patrick MacKenna mystery, is an intrigue of murder and sabotage set in St. Louis during the highest flood of record, first appeared in 2012 from L & L Dreamspell. It will be re-published, along with the second in this series, Fatal Designs, in Spring, 2014, His awards include, Second Place in the St. Louis Writers Guild 2012 Short Story Contest, for “Tappy,” and the  Robin Moore Thiess award for Outstanding Volunteer Service, 2010. He lives in St. Louis with his wife Connie, and has two married daughters and three grandchildren. His website is www.peterhgreen.com

First I want to thank you, Teresa, Brad and David at The Writers' Lens, for your interest in my work. It’s quite an honor to be part of your lineup of distinguished authors.

What inspired your latest book? At our 40th college reunion my classmates posed the provocative question: What are you going to do with the last third of your life? On that trip my wife Connie and I also visited one of her college classmates, Mary Oates Johnson, a writer and editor herself, in Andover, Mass. I happened to mention that I spent the summer of 1945, when I turned six, just up the coast with my mother, sister, aunt and her family in a rented seaside house at Annisquam, while Dad was off to war. She insisted on guiding us toward that tiny fishing hamlet. Along the shore road in Annisquam, I recognized a beach turnoff and found the house where we spent that summer! Later that evening, over much great seafood and wine, Mary convinced me I had the story I needed to write a biography and family memoir, based on some 400 letters my mother had saved from that time. My classmates had already convinced me I needed a new career, and I resolved at that moment to become a writer. The letters revealed, among much other hitherto unpublished WW2 history: as de facto manager of Armed Forces Radio Station WXLI on Guam on August 14, 1945, Ben scooped the stateside networks on news of the Japanese surrender.

What brings your writing into focus-—the characters, the stories, the love of words? If you’ll pardon my impertinence, “focus” could have a fuzzy meaning—what it means for me may be quite different from its significance for each reader. But in this book, for me it was placing two strong-willed characters at the mercy of powerful forces in very different settings.

Ben Green was a low-ranking but resourceful nonconformist whose talents were lost in the military bureaucracy. As 1944 began, he had just enlisted in the Marine Corps with the intent of assisting the war effort as an officer in combat intelligence. He was 35 years old and left behind a wife and two small children. The vagaries of war, however, did not result in his anticipated officer training. Instead, he found himself training in the Marine infantry along with tough, angry kids, half his age.

Back home, his family coped with economics, emotional stress, and fear of the unthinkable as they waited in dread for the news of Ben’s assignment to the next island invasion.

Like Luther Billis in Michener’s Tales of the South Pacific, however, Ben learned how to work the system and adapt to both the absurdities and opportunities of military life. He did so in way that provided meaningful service to his country and promised the hope of returning to his family. Also as in Michener’s tale, the indescribable beauty of a tropical paradise contrasts starkly with the horror of war, while unhappy soldiers endure tense boredom, torn from their loved ones, waiting for something to happen but desperately hoping it will not.

What music could be the theme song for your book? There are many, but “Boogie Woogie Bugle Boy” as sung by the Andrews Sisters sets the tone. My next biography, will have a big band song of the era connected with each chapter, and I’m considering a multimedia e-book.  A book-match for Ben’s War with the U. S. Marines, his wife Alice’s war story, will be called Radio: A Love Story in War and Pieces, to be published by Greenskills Press in 2015.

After the March 11th release date, which will be the 106th anniversary of Ben Green’s birth, this book, richly illustrated with photos and Ben’s own sketches, reviews and the Print and e-books editions will be available at Amazon.com, other book websites  and the author’s website, www.peterhgreen.com .


Ben's War with the U. S. Marines This biography is faithful account of the charming and
hilarious World War II misadventures of Pfc. Ben  Green--a low ranking but quick-witted individualist who battled the system to serve his country with honor  and yet preserve the hope of returning home to his family.

This is T.W. Fendley. You can find out more about me and my books at www.twfendley.com. Thanks for reading and commenting on The Writers' Lens.
Posted by T.W. Fendley at 1:00 AM