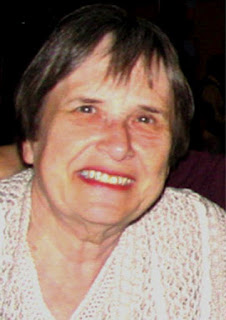 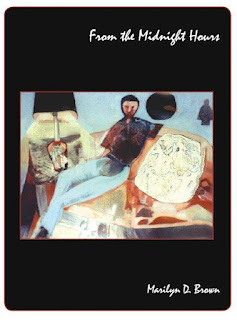 After having been told in her thirties that big publishing houses wanted already published writers and in her sixties that they wanted new cutting-edge writers, at an age when people used to retire Marilyn Brown formed her own publishing company, setting a goal of bringing out a book a year for ten years; and, so far, White Canoe Productions has exceeded that goal.

Some say, “Wow, you just crank them out,” but she says forty years of writing is hardly cranking. Also a painter, she has seen quite a bit of her work run away; but some of it has found a permanent home on her book covers.

Now in her seventies, her preference in selecting work to publish ranges from her memoirs of a fulltime caregiver for her mother (told from both perspectives) to the questioning poetry and essays of an introspective mind, to light and humorous mysteries, even to a book of cartoons. Her own favorite, FINDING APRIL HOLLOW, can be described as metaphorical fantasy/realism for adults who work with children.

Don’t look for thrillers in her Nosemitt & Sniffle stories; look for quirky aging women who are logical and intuitive but whose outlook is unconventional. This author aims much, not all, of her fiction toward women of a mature age who aren’t looking for steamy romance (or even any at all) but who like a challenge to the mind and a chuckle or several along the way.