This week, we are having a conversation with Heather Huffman's latest:  Ring of Fire.

Writer's Lens: Your latest novel, Ring of Fire, was recently released.  What was the idea behind this novel? 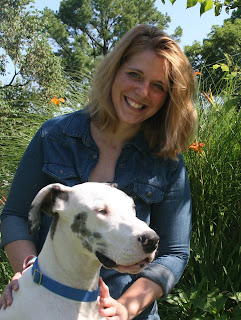 Heather Huffman: That novel began when I dreamt about a woman rescuing a princess. I spent several days thinking about those characters, wondering who they were and why they came together at that particular moment. When one piece of the puzzle came to me, I’d start researching it and that would lead to another. Eventually it led to Alexandra McAlister, a scientist on a remote Pacific Island researching alternative energy. When violet-gray diamonds are found at her jobsite, it turns her world upside down. Alexandra was passionate about using her talents to make the world a better place.  She took the tools she’d been given to leave her mark on this world.  That’s something I think we should all do.  I love to write, and I hope to use that to, in some small way, make this world a better place.

WL: What was the hardest part of writing Ring of Fire? 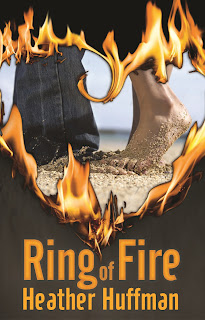 HH: The research, without a doubt. Some days it felt like I could spend three hours on one paragraph just because I spent so many hours researching the science piece behind that paragraph. There were a lot of moving parts in that book – I wanted them to be as accurate as possible.

WL: Why did you become a writer?  When did you know that is what you wanted to do?

HH: I’ve always loved to write, but it wasn’t until I turned 31 that I looked around at my life and thought, “Well this isn’t what I thought it would be.” I figured I had two choices, trudge through the next 50 years or do something to fix it. So I started writing again, and I got serious about trying to get something published. I have to be honest—I never would have believed things would be where they are today, though. It’s still surreal.

WL: What do you find to be the hardest part of writing for you in the writing process?

HH: The murky middle! I always start off so enthusiastic for a project; the first few chapters fly by. Then somewhere in the middle, I begin to question how I’ll ever be able to finish the book. I’m certain I’ve painted myself into a corner, and there is no way I’ll be able to pull it off. Then, somehow, things will start to slide into place and I pick up the pace again. It’s the same every book!

HH: Nobody is a throwaway. Everyone’s life has a purpose. It’s never too late to make a change. There’s always hope. Those are themes that run throughout all of my novels – the characters may vary, but there stories intertwine, and there’s definitely a common thread to them.
WL: How easy was it to take the leap of faith to become a serious writer and chase this career? What did you find that you had to do to take the step?

HH: I first stuck my toe in the water while still working in Corporate America. I joined the St. Louis Writer’s Guild, worked hard to better my craft, attended conferences to network and learn, mastered my pitch – the works. When I first started getting rejection letters, I took the feedback from the agents and went back and re-worked my manuscripts, tried to learn from them to be a better writer. When an agent looked me in the eye and said “You write beautifully, but I don’t think there’s a market for your type of book – it doesn’t fit well into any one genre,” and that feedback was consistent with the letters I was getting, I decided to go indie and release the four I’d completed as e-books. The novels did very well on Smashwords; it was extremely gratifying to be able to interact with readers who enjoyed my style of writing. I started hearing from people all over the world – it was thrilling.

Then my son was in an accident last year – he’s fine now, but he needed a lot of rehabilitation to get that way. I made the decision to leave my job to be with him. One month after I left, the impossible happened: a small publisher out of Seattle called me and said they were interested in my books. I’ve been with Booktrope ever since, and it was one of the best decisions I’ve made!
What was your biggest fear when you decided to first be published as a novelist or poet?  Do you still have those fears with each new work or are there other fears that come up?

It used to crush me if someone didn’t like my writing. I was terrified to share them, which makes submitting to agents particularly brutal. At some point during the agent process, I grew a thicker skin. I stopped taking it personally and started examining what I could do with the information they were giving me. Some reviews still sting, but at least I’m now confident enough in the fact that I wrote the best book I could, and that’s really all I can do. Still, it’s always a little nerve-wracking when a new book is released!

HH: Elizabeth Gaskell – I love her books and what she stood for. Like me, she often used her novels as a way to make people aware of social injustice. I think we’d have been friends if we hadn’t been born 150 years apart or so.

Christopher Moore –he makes me laugh, although my husband says he thinks we’d drive each other crazy because we’re so fundamentally different.

David – I’ve always felt a connection to David (as in the kid who fought Goliath and went on to be king of Israel). He wrote many of the Psalms, and it’s always his words I go back to when I’m struggling. There’s so much in his conversations with God that I can relate to.

Charlotte Bronte – my niece would never forgive me if I didn’t include her in the list (and invite said niece along)!

HH: That’s really hard for me to answer – I don’t think there is any one person I can point to. So many people have contributed to who I am, and that’s what influences me as a writer.

WL: If there was one piece of advice that you could give to any fellow writer, what would it be?
HH: Learn from your rejections, but don’t let them slow you down.

HH: Breathe. The one pitch I did face to face, I totally blew. I speak in public all the time, but I still got stupidly nervous when I was sitting across the table from my dream agent. I’d wrongly given her too much power, though. I had it stuck in my head that if she turned me down, my dreams would be shattered. In reality, her turning me down put me on the path to my dream publisher. So just do your best and trust that, whatever the outcome of the pitch, it’ll be okay in the end. 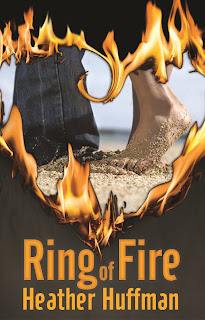 How do you win a free signed copy of this novel?  To enter the contest, simply leave a comment or question on the Writers'Lens blog between now (March 19th) and midnight March 24, 2012. Please include your email so we can reach you if you win. The more comments you leave, the greater your chance of winning the contest. If you refer others to The Writer's Lens who mention your name in their comments, I'll enter your name again in our random number generator along with theirs, also increasing your chances at winning! The winner will be chosen after midnight on Saturday, March 24 and the announcement made on Sunday, March 25, Good luck and comment often. Good luck!

Thank you for reading and please visit www.davidalanlucas.com and www.thewriterslens.com. You can also follow me on twitter @Owlkenpowriter and the Writer’s Lens @TheWritersLens. Fiction is the world where the philosopher is the most free in our society to explore the human condition as he chooses.
Posted by Unknown at 6:32 AM