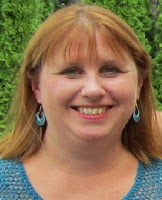 
Over the next few days you’ll be able to see and hear the interviews we conducted at the conference – we hope you enjoy them and that they expand what you learned at the conference or make you think about attending next year’s Missouri Writers Guild Conference.


There are several ways to view the interviews,


You can view the raw footage from the webchat, this is what was streamed online or you can listen to the podcast. A warning the live footage video is small due to the way the webinar software works – we do have video of some of the interviews and those will be posted at a later date. All the recordings are offered for free.


The link to the raw webstream – http://www.anymeeting.com/stlwritersguild/EA57DF85804C


The link to the Podcast on The Writers’ Lens Tumblr page – http://writerslens.tumblr.com/


Better video will be posted soon.


Thank you as well to all the speakers who participated.
Posted by Brad R. Cook at 10:58 AM