Writing Hitchcockian—The First of the Story Worlds of Alfred Hitchcock 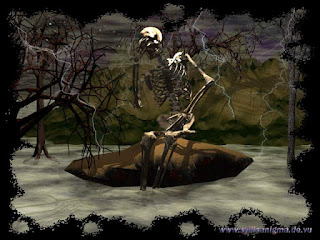 The shovelful of dirt sprinkles across the man, struggling to escape the ropes that holds him bound and mumbling against the gag that has been shoved in his mouth, like spice being added to a stew. I turn back to the pile of freshly upturned dirt and fill my shovel with another load. A slight scraping of metal on rock breaks the otherwise silent night in the cemetery as the shovel strikes some stones hidden in the dirt pile.  I dump the next load of dirt into the hole where the man lay and wait for the dust to settle to see his wide gaze in the moonlight.  It is met with my narrowed eyes.

I turn again to fill my shovel and I see you approach as skittish as a cat. I plunge the shovel blade into the pile and smile. “Good evening and welcome back to another discussion on writing Hitchcockian.”

I see your eyes widen after you look down at the man and stare back at me.

“Oh, never mind him. He is just my naysayer that society put on my shoulder that whispers in my ear that I should be a corporate peg instead of pursuing my dreams,” I say. “Besides, let us discuss something more important . . . the universe you put your story or stories in.”

All playful imitation to how Alfred Hitchcock use to open the long running television show Hitchcock Presents aside, like every writer I would assume that you have spent a great deal of time creating the world that your characters live in. It may be some fantasy world or in space or even something more based in the here and now world, you have created a world that lives and breathes in your mind and (you hope) your readers can identify with. But did you know that Alfred Hitchcock, master director and the Master of Suspense, had three worlds that he showed in each of his movies?

Many who have not seen an Alfred Hitchcock movie or have seen them (and other classics) with a casual eye may feel that the world has changed since they were made. Thos people would be wrong to think so. Yes, technology has changed and there are certain social issues which are more in the light rather than hidden in the shadows as they once were. But the three worlds of Hitchcock live in our reality and should live in our stories. His worlds were built with an eye to psychology, and we will discuss that in another article on Writing Hitchcockian. The three worlds are:

The world of reality is the foundation of all of Hitchcock’s movies. His films were set in the world he lived in. It was the stable foundation on which his stories were built, and the world had to be shown in it’s clear truthful existence. A fake world (a world that looked and felt like it was filmed on some movie set) was intolerable. Hitchcock followed the rule that you should never fool the audience with the scenery or setting. Nothing in that world existed and interacted with the characters was arbitrary. He would use this setting of his story world to magnify an event, foreshadow it, or even lull his audience into a false sense of calm or inattentiveness to it. He never hid anything from the audience during this time, he provided enough information for the viewer and the characters to move on with—and thus did not create arbitrary solutions to the character’s struggle or the story’s issues.

Some writers may be crying foul here and declaring that their world is different from the real world.  Yet, like reality, it should have certain unbreakable rules that keep the author, the characters and the reader on a fair playing field. Your world, regardless if it has knights, cops, drug dealers, magic, fairies, vampires, or little Ewoks running around, must be a place that your reader can feel like they could live in and understand. When you are writing, the world you create should feel absolutely real to the reader or you will kick them out of the story and they are likely to put your book down (if not into a donation box) and never read your work again.

In the next edition of Writing Hitchcockian,  I will discuss the second of the story world of Alfred Hitchcock.

There are a lot of resources on Alfred Hitchcock. The primary one for this part of the series is:
Douchet, Jean. “Hitch and His Public.” Translator Berena Andermatt Conley A Hitchcock Reader, 2nd edition. Eds. Marshall Duentelbaum and Leland A. Poague: Wiley, John & Sons, Incorporated, 2009. 17-24. Print.
Posted by Unknown at 7:00 AM