The Future of the E-Book is in the Readers’ Hands 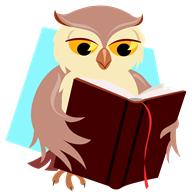 This week’s blog entry for the reader (as well as the writer) will hopefully stir the bubbling pot of controversy that is brewing quietly on the future of the book. For roughly 4000 years of known human history, the written word had to be duplicated by hand or stamped from unchangeable dried clay or wood. In 1436 AD, the first movable type press was created by Johannes Gutenberg. Since the creation of the Gutenberg press, the world of  the written word has not seen a revolution like the e-book. This is now old news—or is it?

E-readers have been around since the 1980s in some fashion. It is only in the last few years that their popularity has taken off and we see all the different kinds of e-readers that are available to the reader. When the e-reader first became popular, you could –read. That’s just about it. You could read a book that had been put into an electronic format. Eventually they added games and the ability to play music. Now you can also have video chats with them and watch movies. The technology of the e-reader, cell phone, and electronic tablet are merging. But, are the e-books themselves changing? Should they?

One of the great aspects of e-books right now is that it moves the writer closer to the reader. A writer has a greater ability to be independent and self-publishing is losing some of its stigma. But is this “freedom” under threat?

I’m not referring to the threats that have been batted about regarding any of the following:
The threat under question is the growing expansion of the very thing that has made the e-book successful.

A writer is a writer. We have many talents. I hazard an assumption that one of our greatest talents is to create a piece of work (fiction, non-fiction, poem) that will hold the readers’ interest. If we write fiction, we want to be able to paint our landscapes on canvas of the mind. We want for our reader to be transported into our world through the stream of their imagination.

However, there are e-books that are coming out in 3-D or that have accompanying music and sound-effects, and who knows what else will come. The questions I raise for debate are:

A possible future of the book may have already been glimpsed by Science Fiction fans with the concept and reality of holo-rooms. (If you are a Star Trek fan, you will know of these as holodecks, though Ray Bradbury may have been the first to propose the concept in a short story in 1951.) Will the future of the book be an interactive “choose your own adventure” story where the reader is the main character and physically play and interact with the story world? I will not lie and say that this doesn’t appeal to me on some level as both a writer and a reader.

What would that concept do to certain stories? Can you imagine a future “Stephen King” or “John Lutz” like novel played out in such a way without a "safety net"? Let us not even go that far. Would the author of such a book or program really be able to get the reader into the protagonist’s mind like the written word or would the future of the book become a future version of a video game?

The future of story writing is always in the readers’ hands. What are your thoughts?

Thank you for reading and please visit www.davidalanlucas.com and www.thewriterslens.com. You can also follow me on twitter @Owlkenpowriter and the Writer’s Lens @TheWritersLens. Fiction is the world where the philosopher is the most free in our society to explore the human condition as he chooses.
Posted by Unknown at 6:39 PM