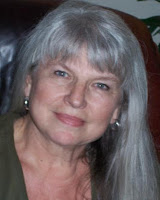 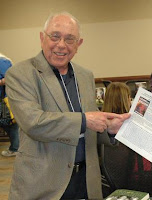 PETER GREEN: A writer, architect and city planner reared in a family of journalists, Peter found his father’s 400 World War II letters, his humorous war stories, his mother’s writings and his family’s often hilarious doings too good a tale to keep to himself, so he launched a second career as a writer. After years of architectural work and proposal writing for his design firms, he went back to Washington University and earned a Certificate in Creative Writing. Awards include the Distinguished Service Award, St. Louis Post, SAME, and a 2010 Robin Moore Thiess Award for Outstanding Volunteer Service from St. Louis Writers Guild.

CRIME OF DESIGN: To save his beleaguered city, his career, his family and his very life, Patrick MacKenna must confront a ruthless saboteur and killer. When this architect and city planner discovers the dead body of the city manager at his dream project site, within hours he’s a murder suspect. Can he help solve the crime to clear his name?

DAD'S WAR WITH THE UNITED STATES MARINES: A faithful account of the charming and hilarious World War II misadventures of PFC Ben Green--a low-ranking but quick-witted individualist who battled the system in order to serve his country with honor, yet saved his neck to return home to his family. Its serious message is that his generation's unshakable resolve to resist evil in the world is still needed today to counter those self-appointed saviors who attack and threaten to destroy civilized society.

TRIBAL FIRES: From the Great Pyramid at Giza to the Amazon jungles, photographer Shea McKenna faces danger on a global scale. But Shea is propelled into a world of fraud and murder when she accepts an assignment to photograph American Indian artifacts. After the theft of relics, the discovery of a forged war lance, and a brutally murdered museum employee, St. Louis’ finest declare Shea and the handsome Native American chieftain who restored the relics suspects. As she gets closer to the truth, she winds up with a ruthless murderer hot on her trail.

WIDOW'S WALK: A shadowy figure seen lurking on the widow’s walk is only the beginning of Laura’s strange and frightening experiences in her creepy old house. Money reversals after Davis Chandler’s death force his widow Laura to move into a crumbling Victorian house she inherited. The young widow’s life seems like a bad dream. When she finds blood splashed on her front steps and a dead animal hanging from her chandelier, Laura realizes the bad dream has turned into a nightmare that could be the death of her.

Autographed books will be available for sale on June 16. Online: www.JudyMoresi.com and http://www.peterhgreen.com
Posted by T.W. Fendley at 6:00 AM