Saidak: Why I decided to self-publish 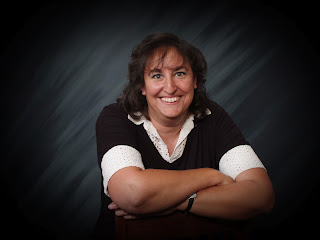 I can clearly remember the feeling, almost thirty years ago, of walking to the post office with a stack of manila envelopes.  Each contained a short story, or the first one, two or three chapters of my first novel—whatever the agent specified.  I remember the anticipation I felt every day when I checked the mail—and the excitement of seeing one my SASEs.  (It was years before I realized that my own handwriting was NOT a good sign: that an envelope with the publisher’s letterhead was likely to bring better news.)

I have wonderful memories of meeting my favorite authors at conventions and book stores.  Mostly we talked about their books, but many of them were kind enough to give advice and encouragement to an aspiring author.

I believed, for thirty years, that if I just tried harder, learned more and never gave up that I would someday join the ranks of the ranks of the published.  Someday, I would be found worthy by Random House or Simon and Schuster or Tor or Daw.  The pursuit of that elusive book deal—and the fame and fortune I hoped would go with it—became my unicorn; my golden fleece.  The gold ring on the carousel.

As the years went by, I sold a few short stories and a couple of poems.  But the acceptances were few and far between, the rejections became less encouraging, and the news from the publishing world went from discouraging to bleak.  I had been hearing a lot about self publishing, but I still thought of it as a kind of vanity press, or worse, the last refuge of failed authors.

But I was growing tired of pinning my hopes of a career on people who didn’t know or care that I existed.

About a year ago, a life-long friend who had read everything I had ever written asked me which of my novels (I had written five by then) was the most ready for publication.  Since I was currently getting a great response to a fanfic I had posted on ECfans.com (a site dedicated to the work of Jean Auel) I told him I thought it was “Daughter of the Goddess Lands” a prehistoric novel strongly influenced by Auel.  He told me what he had been hearing about self-publishing, and by the time he was done, self-publishing no longer sounded like a negative thing.  He asked me a lot more questions, but the one that brought the whole thing into the realm of reality was this: how much would I be willing to spend on this project?  I said “$300.00.”  I thought he’d laugh.  When he didn’t, I felt in control of my writing future for the first time in a very long while.

So now I don’t spend hours poring over the latest posting of a new market that might—if I do everything right—glance at my first page sometime in the next year--and then send me a form letter stating that my novel is not right for them.
When someone at my writers group  mentions a magazine that will be accepting submissions for a three week period starting next month, I wish him luck, then wait for a chance to see who wants to talk about marketing strategies.
And now that many of my favorite authors are self-publishing their back lists--or even their next novel—the lines that separate the fans and the pros; the big names and the newbies—just don’t seem as clear as they used to.
When I go to a convention, I still want to meet authors I’ve read, and participate like I used to.  But now I go to market my books as well, and exchange information with other authors about what works.
I guess what I’m saying is: I finally made it to where I wanted to be.
Just not the way I thought I would.

SANDRA SAIDAK is a high school English and history teacher, mother of two daughters, and has been writing fiction since the fifth grade. Learn more at http://sandrasaidak.com/ 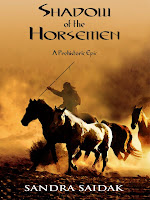 Shadow of the Horsemen
Time is running out, as Kalie must find the weapon that will defeat horsemen before they ride west and destroy her home.  This time, she has allies and a measure of power.  Will it be enough?

---------------
Comment to enter this week's giveaway contest for a copy of Christy Burkley's A FADED TAPESTRY: A COLLECTION OF SHORT STORIES.
This is T.W. Fendley. You can find me at www.twfendley.com and on Twitter @twfendley.

Email ThisBlogThis!Share to TwitterShare to FacebookShare to Pinterest
Labels: Daughter of the Goddess Lands, Sandra Saidak, self-publishing, Shadow of the Horsemen