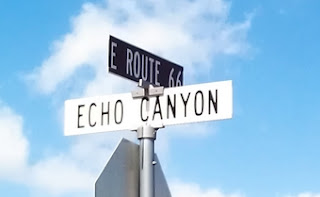 
Introducing the new Lens On series of articles.


I wanted to focus the Writers’ Lens on a variety of issues that writers encounter. Am I an expert imparting sage wisdom? Nope, but I do want to start a dialogue about how to fix them. Today, I’ve aimed the lens on something that plagues all rough drafts – Echoing.


Echoing, you may know it by other terms, is when a word or phrase is repeated multiple times in a paragraph or on a page.


Yes, sometimes this can be done for dramatic effect, but that’s not what I’m talking about in this article. I’m focusing on the ones we don’t mean and need to be edited out of any manuscript.


All writers have words and phrases we repeat without even knowing it. Some would call this voice, but it’s really our own idiosyncrasies. I’m sure there is a psychologist out there who would tell you these words have deep insight into our psyche, but I just know I have a short list of words and phrases to keep an eye out for. You’ll find them in any rough draft, they might try and sneak by, but once you know what to look for they pop right off the page.


Jack burst through the door as shots rang out down the street. He shot the two men inside. “Clear!” Monroe charged across the room to the stairs and motioned with his hand. Both men hurried up the stairs and burst out onto the roof. Jack shot the man with the rifle ending his grip on this neighborhood.


Obviously, I echoed burst and shot. I know it’s a bad paragraph, but I couldn’t find any examples in my writing – I don’t have anything that rough at the moment. My next WIP, though, will be filled with them.


Here’s how it should look:


Gunfire echoed down the street as Jack burst through the door and shot the two men inside. “Clear!”
Monroe charged across the room to the stairs and called Jack forward with his hand. Both men scrambled to the roof. Jack saw a man laying prone with a rifle and pulled the trigger twice, ending this sniper’s grip on the neighborhood.


Ahh… editing. As you can see, burst and shot, are only used once. It makes the paragraph more interesting and keeps the reader from only seeing burst and shot and none of the words in-between.


One could argue that I am also echoing – and or the – but we’re talking about key words and phrases.


One way to stop this is to go through and highlight all the repetitive words. Soon you’ll see them without having to highlight them, but this is why we edit – to find these little snafus. You can also read the piece out loud; you’ll hear the repetitive phrases more easily.

What words or phrases do you echo? Do you have any tips for spotting the echoes while you edit, let us know in the comments.


Brad R. Cook is a historical fantasy author and President of St. Louis Writers Guild. Please visit www.bradrcook.com or follow me on Twitter @bradrcook
Check out my poem Clayton: The Little City in St. Louis Reflections http://www.stlbooks.com/B009271-1211-51/Review.aspx
Posted by Brad R. Cook at 9:33 AM