Today The Writers' Lens features Robin Tidwell, a debut author with an abiding love for books. She's co-owner of All on the Same Page Bookstore at 11052 Olive Blvd. in Creve Coeur, Mo., which is celebrating its first anniversary this week. It's a welcoming place for local authors and a great resource for readers. Meet your favorite local authors between noon-5 p.m., Saturday, Oct. 6, at a special authors' party - everyone is invited! 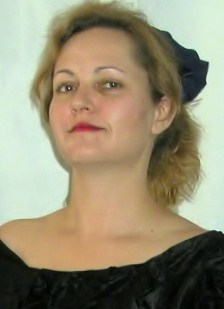 ROBIN lives in the St. Louis, Mo., area with her husband, Dennis, and their youngest son. She has a rather eclectic educational background, and finally finished her B.A. in Interdisciplinary Studies. She has held a plethora of jobs, appointments, and volunteer positions, and tries very hard to make it through one week at a time without a crisis.

The Writers’ Lens is about "Bringing fiction into focus." What brings your writing into focus-- the characters, the stories, the love of words? From what readers have told me, it’s the characters themselves who bring focus. I don’t use a lot of physical description, but I do provide some insight into their relationships. Mentioned several times is the interaction between Abby and Juliet. Likewise, I tend not to be too flowery with scene description – my style is more cut-and-dried.

What inspired your latest book? Salsa. I should really know better than to eat that late at night, but when I woke up at 3 a.m. feeling rather miserable, I’d just had a very clear, bizarre dream. Later, after sunrise when I was actually awake, the dream was just as vivid and it became a scene near the beginning of the book – the hows and whys and wherefores were all built around that dream.

Would you share a bit about your next project? Of course! The next WIP is a sequel to REDUCED, titled REUSED. It will continue with Abby and Juliet, and a few others perhaps, and introduce a new character from the Chicago area. A few twists, and a lot more “what ifs!”

How much fact is in your fiction? This is tough. My locations are real, although some are unnamed in the book. My characters are combinations of real people – but I’m not telling who’s who! The things that happen? Well, there are some who think they could actually happen…or are happening now.

What's the highest compliment someone could make about your writing? I believe someone already has – one of my reviewers wrote, “Reduced has the feel of Stephen King's epic, THE STAND, with its large cast of characters and deadly illness.” I get all wound up every time I read that!
REDUCED: 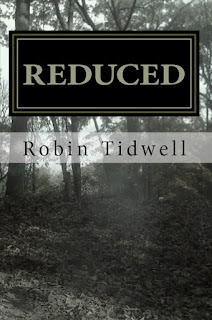 A devastating biological agent is about to be released, to be tested in remote areas. Rumor has it, though, that there is more to this than meets the eye. One group makes plans to hide out, and survive, in case that rumor proves to be truth. Meeting at an abandoned summer camp near St. Louis, Missouri, a dozen old friends gather after the alarm is raised.
Life becomes more precious, more tenuous, as time passes. Government controls tighten, people are herded into the city…or killed. Towns are obliterated. And soon, the enemy agenda becomes obvious.
Abby, like the rest, has special skills – each member of the group was chosen not only because of past ties, but also for their unique training and abilities. She will come face-to-face with death, bear the responsibility for a young girl, and endure the severing of childhood relationships in the most terrible way imaginable.
From mere concealment to reconnaissance to aiding a rebellion, where will it end? Will the entire region be decimated, and who will be left alive to know?

Thanks to everyone for reading and commenting on The Writers' Lens. Your comments will enter you in this week's drawing for Angie Fox's new novel, IMMORTALLY YOURS.