Whitaker: GEESE TO A POOR MARKET 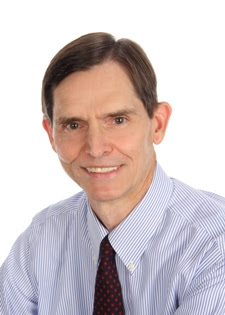 Lonnie Whitaker’s novel, Geese to a Poor Market, was awarded the 2011 OWL Best Book of the Year. His stories have appeared in Chicken Soup for the Soul, Missouri Life, The Ozark Mountaineer, and several anthologies.  He was an associate editor for Peculiar Pilgrims: Stories from the Left Hand of God, and was awarded the 2005 Starr Fellowship at the Writers Colony at Dairy Hollow.  In addition to writing and his day-job, he is the literary fiction editor for High Hill Press.

The Writers’ Lens is about "Bringing fiction into focus." What brings your writing into focus-- the characters, the stories, the love of words?  Definitely the characters.  I love character-driven novels.  The formulas for telling a story are fairly standard, but the characters are what we remember. Geese to a Poor Market has an ensemble cast of crooks, moonshiners, preachers, lawyers, and odd-ball characters.  Author John Dalton provided a cover blurb  that referenced the characters: "They're all here--the pious, the foolish, the wise, the scheming and the troubled, the quietly virtuous." They're distinctive, often colorful, and memorable. One of my favorites is Ethan, who I like to describe as a cross between Ernest T. Bass of the Andy Griffith Show and Rainman.

What do you think readers will like about your book? The sense of place. Readers will be taken back in time to the Ozarks of the 1950s.  One reviewer observed that the setting almost felt like a separate character. Or as Rita, the principal female character, said, ". . . when you go south of the Jack's Fork River, you go into a different world." It was a world of brush arbor revivals, creek baptisms, cisterns, hard scrabble farms, and honky-tonks. It's a life that most people have never experienced.

What's your favorite way to interact with fans/readers? I think book clubs are a great way to interact with readers. The discussions can be wonderful, and there's an opportunity to provide the back-story to a scene, or what a character looks like in my mind's eye. J. Bob, a lawyer character, I've always thought of as resembling Kevin Spacey. In my view, the grandfather in Geese has the temperament of Will Geer in The Waltons.

Fill in the blanks: Writing/Editing books is like driving to a new town.  You never know who you will meet.

Geese to a Poor Market is a geographic slice of Americana with an ensemble cast of crooks, moonshiners, preachers, lawyers, and odd-ball characters. I like to say it has one leg that wants to boogie, and the other planted on a pew.


Geese to a Poor Market is available from Amazon as a trade paperback or an e-book (Kindle) or from my web site: www.geesetoapoormarket.com  Please check out the web site to see the book trailer and reviews, including Harry Levin's review in the Post-Dispatch.

Email ThisBlogThis!Share to TwitterShare to FacebookShare to Pinterest
Labels: Geese to a Poor Market, Lonnie Whitaker